Today’s news notes may require a caveat.  CESJ is not, as an organization, either “pro-life” or “pro-choice.”  Members and supporters make up their own minds and are free to do so.  Many people in CESJ, however, are of the opinion that any government that adopts the Economic Democracy Act would also remove any economic justification or excuse for abortion.  Many people in CESJ also believe (with some vocal dissenters) that using government money to support abortion violates the “social contract” between citizens and their government.  With that in mind, some of the news items explain how — using abortion funding as one example — private organizations and government can “hide” money they don’t want to account for::

• “Real” Social Justice.  Yesterday’s posting on the true meaning of social justice as not being a form of socialism got rave reviews from most of the people who actually read it.  The only negative came from an “anarcho-socialist” who insisted that only anarcho-socialism leads to social justice.  We couldn’t figure out how anarchy (which is individualistic) and socialism (which is collectivistic) fitted together, but the commentator claimed that’s because we’re stupid and don’t understand socialism or anarchism.  We called to mind George Bernard Shaw’s accusation against G.K. Chesterton that Chesterton didn’t understand socialism when he was a socialist and then when he wasn’t . . . which Shaw then undermined by claiming that everything is socialism . . . which meant that Chesterton didn’t understand anything. . . . 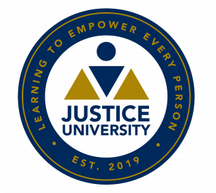 • Justice University.  The first session of Justice University’s next certification series will begin tomorrow and continue for ten weeks.  While the “live” course is limited to ten participants (and has already been filled), the sessions will be recorded for use by others later, free of charge.  Listening to the sessions will not, of course, meet the requirements for certification (there are “class participation” requirements), but they will be very useful for deepening understanding of the Just Third Way.  Tomorrow’s session will be on justice, and the main presenter will be Michael D. Greaney, CESJ’s Director of Research.  Norman G. Kurland, president of CESJ, and Dawn K. Brohawn, CESJ’s Director of Communication, will also be on the panel to offer additional comments and clarifications, as well as answer questions from the participants.

• Wuerling Finance.  While not the main point of an article in Catholic World Report, a mention that in 2020 retired Cardinal Wuerl of Washington, DC, received over $2 million for “ministerial activities” ostensibly “restricted” by the donors that does not actually appear to have been “restricted” by the donors highlights how easy it is for people to confuse an issue when the public is unaware of, or misunderstands a few basic principles or technical details.  Auditors say they have been unable to surface records of how the money was spent and who contributed/restricted it, but that’s just a matter of time.  While the form is not open to public inspection (because you don’t want people pirating your donors away from you, and the IRS respects that), the 990 Schedule B lists any individual or organization that contributed $5,000 or more to a non-profit.  Auditors should demand to see Schedule B.  Further, an un-itemized line item of over $2 million is “material,” and auditors have the responsibility both ethically and legally to demand an accounting from management, which must satisfy the auditors or risk an adverse opinion . . . which in accounting is a lot worse than just saying mean things about someone.

• How the Restricted Donation Game Works. Even if donations or grants are “restricted” — meaning they can ONLY be used for a specified purpose — there are ways around it, as organizations such as Planned Parenthood have known for decades, especially with the “United Way/Combined Federal Campaign” program.  It works like this.  People who, for example, object to their tax money or charitable giving going for something they find morally repugnant are told that they can restrict their donation so that none of it goes to Planned Parenthood, or it cannot be used to fund abortion.  Problem solved?  No, problem made worse.  Suppose PP is budgeted to receive half of what is collected in a campaign, and $100,000 is collected in unrestricted donations.  If it stops there, PP will receive $50,000.  Organizers of the campaign discover, however, that a lot of people didn’t contribute because they didn’t want PP to get their money.  The organizers go to the holdouts and reassure them that if they restrict their donations, PP will not get one cent of their money . . . which is absolutely true, but completely misleading.  If the former holdouts contribute $100,000, the total received increases to $200,000, of which $100,000 is restricted.  Assuming that the restricted donations do not decrease the amounts budgeted for organizations besides PP, does that mean that PP receives less money?  No, it receives more money!  Because PP was slated to receive half of everything collected, its share doubles to $100,000 simply because the amount of money collected was doubled.  The only way to reduce PP’s take is to restrict enough donations to reduce the unrestricted donations to less than PP’s budgeted amount.  Thus, to keep PP at $50,000, $150,000 would have to be restricted, not $100,000.  The only way to reduce PP’s take would be to restrict more than $150,000. 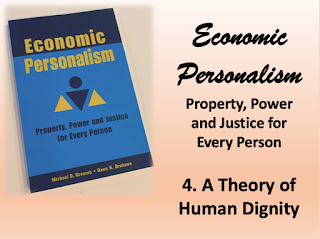 • Sensus Fidelium Videos, Update.  CESJ’s series of videos for Sensus Fidelium are doing very well, with nearly 150,000 views in total.  The latest Sensus Fidelium video is “A Theory of Human Dignity,” part of the series on the book, Economic Personalism.  The latest completed series on “the Great Reset” can be found on the “Playlist” for the series.  The previous series of sixteen videos on socialism is available by clicking on the link: “Socialism, Modernism, and the New Age,” along with some book reviews and other selected topics.  For “interfaith” presentations to a Catholic audience they’ve proved to be popular, edging up to 150,000 views to date.  They aren’t really “Just Third Way videos,” but they do incorporate a Just Third Way perspective.  You can access the playlist for the entire series  The point of the videos is to explain how socialism and socialist assumptions got such a stranglehold on the understanding of the role of the State and thus the interpretation of Catholic social teaching, and even the way non-Catholics and even non-Christians understand the roles of Church, State, and Family, and the human person’s place in society. 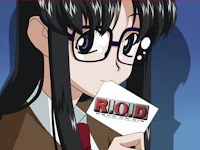 • Blog Readership.  We have had visitors from 35 different countries and 38 states and provinces in the United States and Canada to this blog over the past week. Most visitors are from the United States, Portugal, India, Brazil, and the United Kingdom.  The most popular postings this past week in descending order were “‘All Products Will Have Become Services’,” “1. Five Roadblocks to Social Justice: Social Justice!,” “Two Modern Problems,” “JTW Podcast: Economic Personalism, Introduction,” and “Social Justice IV: The Characteristics of Social Justice.”