We probably should report that the stock market is extremely volatile, going up and down apparently at random, but this is supposed to be a weekly news roundup, and stock market volatility hardly qualifies as news these days.  There are, however, actual important things going on: 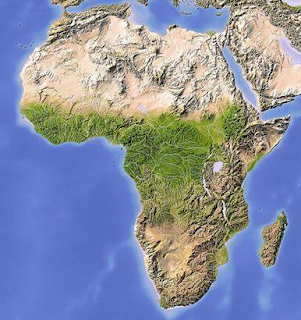 • Meeting With Dr. Innocent Nokuri.  Dr. Innocent Nokuri, who came to us through Jean-Marie Bukuru, called Norman Kurland, and they had lunch.  It turns out that Dr. Nokuri is a friend who is African Union ambassador to the U.S., Arikana Chihombori, and has asked for a meeting with Norman Kurland and the ambassador to sound her out on the possibility of an African central bank and a Capital Homestead Act (or a local equivalent, such as an Economic Democracy Act).  The Ambassador sent an email to Dr. Nokuri saying she would give the meeting request to her assistant.  We might also raise the possibility of a specific development project: the Sahara Desert, which is approximately a third of the entire continent.  “Greening” the Sahara has the potential to solve a number of global problems, such as climate change, immigration, mineral resources, and poverty.
• Justice University Seminar.  Due to various factors over which CESJ has no control, the Justice University seminar has been moved to Friday, September 20, 2019, from 7:00-10:00 pm, EDST.  This will allow the program and certain other features to be finalized.
• CESJ Newsletter.  Work is proceeding on getting the first issue of the revived CESJ newsletter out.  Many of the items have been drafted, and it is now a matter of editing and formatting.
• Century Treasury Bonds.  Evidently under the impression that government debt is an investment, today’s Wall Street Journal opined that 100-year Treasuries might be a good idea.  There are so many problems with the idea that it is hard to know where to begin.  The idea is just a twist on the idea of “consols,” short for “consolidated annuities,” which are perpetual debt instruments redeemable only at the option of the government that issued them.  Both the British government and the United States government have issued consols, and they have never been a good idea, as they aggravate the all-too-common belief that “money” is a non-redeemable debt the nation owes itself, and it is somehow acceptable to back currency with government debt that has nothing but the government’s power to tax other people’s wealth behind it.
• Power With Justice.  The first draft of the short book on economic personalism is complete and it is now in the first round of editing.
• Saving on Education.  On 8/19/19 CESJ’s Director of Research was cited on the OppU blog on ways to save on buying textbooks, which have been getting increasingly expensive along with other educational costs. 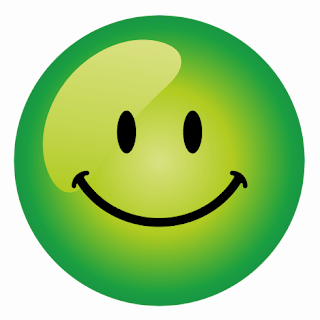 • Shop online and support CESJ’s work! Did you know that by making your purchases through the Amazon Smile program, Amazon will make a contribution to CESJ? Here’s how: First, go to https://smile.amazon.com/.  Next, sign in to your Amazon account.  (If you don’t have an account with Amazon, you can create one by clicking on the tiny little link below the “Sign in using our secure server” button.)  Once you have signed into your account, you need to select CESJ as your charity — and you have to be careful to do it exactly this way: in the space provided for “Or select your own charitable organization” type “Center for Economic and Social Justice Arlington.”  If you type anything else, you will either get no results or more than you want to sift through.  Once you’ve typed (or copied and pasted) “Center for Economic and Social Justice Arlington” into the space provided, hit “Select” — and you will be taken to the Amazon shopping site, all ready to go.
• Blog Readership.  We have had visitors from 31 different countries and 40 states and provinces in the United States and Canada to this blog over the past week. Most visitors are from the United States, Canada, Australia, the United Kingdom, and India.  The most popular postings this past week in descending order were “The Weird World of Ignatius Loyola Donnelly,” “Death and Distribution, Part I,” “Death and Distribution, Part II,” “News from the Network, Vol. 12, No. 33,” and “Dorothy Day, Catholicism, and Communism, Part II.”
Those are the happenings for this week, at least those that we know about.  If you have an accomplishment that you think should be listed, send us a note about it at mgreaney [at] cesj [dot] org, and we’ll see that it gets into the next “issue.”  Due to imprudent language on the part of some commentators, we removed temptation and disabled comments.
#30#
Posted by Michael D. Greaney at 6:00 AM