As we saw in the previous posting on this subject, there are some things, such as redistribution, that are permitted in an emergency, but not as a usual thing.  Unfortunately, many people like to take the exception, and turn it into the rule. 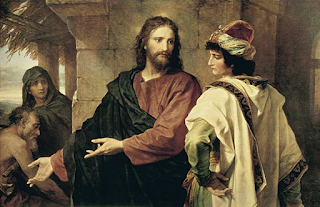 Oddly enough, there are people who will fail to see the distinction between what social justice is not, and what social justice is.  If so, they might find it useful to read CESJ co-founder Father William Ferree’s pamphlet, Introduction to Social Justice (1948).
#30#
Posted by Michael D. Greaney at 6:00 AM