Things are starting to heat up . . . if by that you mean the thermometers.  Other than that, things are all over the map, as people try to maintain their discredited paradigms in the face of reality:


• Understanding of Private Property. Although we’ve known for some time that many people have an inadequate understanding of property, it was made especially evident this past week when we ran Mr. Geoff Gneuhs’s rebuttal of an article that appeared in America magazine, a Jesuit publication.  Geoff, a founding member of CESJ, was Chaplain to Dorothy Day and the New York Catholic Worker, and gave the homily at Dorothy Day’s funeral.  Geoff’s letter startled many people who assumed that Dorothy Day was against private property and in favor of massive government welfare often erroneously referred to as “social justice.”  She was also opposed to the wage system, minimum wage legislation, and many of the things so many people today take for granted as integral to Catholic social teaching.  She actually sometimes seemed to go too far in the opposite direction, taking positions that some think are libertarian, emphasizing the role of individual virtue and — like many people with an intense focus on their particular mission in life — seeming to relegate institutions, essential tools to help people realize their political nature, to a secondary or non-essential role.  That, however, takes nothing away from Dorothy Day’s tremendous work in awakening people’s individual (as opposed to social) conscience.  Geoff’s letter made it evident that the Catholic Worker movement and the Just Third Way are not opposed, but are complementary, one individual, one social.  To do as some do and claim that they are in conflict is to misunderstand both Dorothy Day and CESJ.
• Stock Market Plunge (Again).  On Wednesday, the Dow closed down a little over 800 points.  Naturally, this was a terrible thing to those people who confuse stock market fluctuations with actual economic activity.  No one seems to ask what it is that is going on in the stock market (“the secondary market”), and how this affects how people carry out economic activity day to day (“the primary market”).  It is a paradox of the most perplexing sort that people think the secondary market for used debt and equity is far more important than the primary market for goods and services for consumption and production.  Ironically, Adam Smith’s first principle of economics is “Consumption is the sole end and purpose of all production,” not “Investment is the major or sole purpose of production” . . . yet Lord Keynes built his entire economic theory on the need to concentrate ownership of capital and produce wasteful and non-marketable goods and services in order to generate savings for investment.  Of course, Keynes rejected the idea that people can form capital by making promises to pay for the capital once it becomes productive, but then Keynes also thought that an authoritarian State is essential to keep the economy running.  Interestingly, where Dorothy Day liked to quote, “Property is proper to man,” and was in favor of small ownership (so much so that she mistook E.F. Schumacher’s Small Is Beautiful as a treatise in support of distributism, which it most certainly is not), Keynes call for the “euthanasia” of the small investor because the small investor uses investment income for consumption instead of reinvesting to accumulate more wealth. 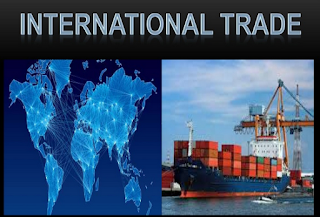 • The Good of International Trade.  On Thursday, the day after the latest stock market plunge, Alan Blinder in the Wall Street Journal (“Three Political Truths the Democrats Can’t Handle,” 08/15/19, A-15) declared that the Democrats (and Republicans) don’t see that international trade is a good thing.  Blinder is half right.  International trade is a good thing . . . as long as it is actual trade, viz. production for production, not U.S. cash backed by government debt (which you would call counterfeit if it wasn’t the government issuing it), for production.  It’s only a trade if both parties actually trade something, not if one of them just promises something it may or may not be able to deliver.  That’s what government debt is, after all, a promise the government makes that it hopes somebody else down the road will be able to make good on.
• Anti-Collectivism is Anti-Socialism?  Evidently, according to the English writer G.K. Chesterton, who expressed his distaste for socialism once or twice, and made a declaration published in the Bismarck Tribune of August 3, 1921 (page four).  Although the push to equate having a social conscience with being a socialist is still in full force, it is evident from the evidence that at least two icons of the “Well-There-Is-Good-Socialism-And-There-Is-Bad-Socialism-And-Good-Socialism-Is-Good-Socialism-And-Bad-Socialism-Is-Bad-Socialism” school of thought — Dorothy Day and G.K. Chesterton — turn out not to support any kind of socialism, and are definitely against the intrusion of the State into people’s lives more than is absolutely necessary.  Hopefully, this will cause some rethinking of positions and reevaluations of some rather equivocal modern idols, such as R.H. Tawney (England’s greatest modern socialist, according to his biographers, and a leader of the Fabian Society from 1920 to 1933), and Tawney’s Fellow Fabian, E.F. Schumacher, whose “New Age Guide to Economics,” Small Is Beautiful (1973) has supplanted the Bible for some people.
• The Cross of Nowa Huta.  This photograph was taken April 27, 1960 in Nowa Huta (“The New Steel Mill”), a district of the city of Kraków in Poland, when the Soviet regime attempted to remove the wooden cross that had been erected on the site where a church was supposed to have been built before the government rescinded its promise.  Rioting stopped at the behest of Auxiliary Bishop Karol Józef Wojtyła, better known today as Pope John Paul II, who made the Cross of Nowa Huta into a symbol for all human rights, especially freedom of religion and the right to private property.  Wojtyła’s talk is credited with beginning the chain of events and providing the guiding personalist philosophy that led to the Solidarność movement and the eventual downfall of the Soviet Union.  Sadly, as is the case with the thought of Chesterton and Day, solidarism and personalism have also been “hijacked” by the adherents of what the Catholic Church calls “the new things” (rerum novarum) of socialism, modernism, and New Age thought.
• Economic Personalism.  The short book on economic personalism is proceeding apace, with the first editing run-through almost complete.  While written from a “Catholic perspective” at the request of a Catholic group, the natural law principles outlined in the book should make it useful for people of every faith and philosophy.
• Shop online and support CESJ’s work! Did you know that by making your purchases through the Amazon Smile program, Amazon will make a contribution to CESJ? Here’s how: First, go to https://smile.amazon.com/.  Next, sign in to your Amazon account.  (If you don’t have an account with Amazon, you can create one by clicking on the tiny little link below the “Sign in using our secure server” button.)  Once you have signed into your account, you need to select CESJ as your charity — and you have to be careful to do it exactly this way: in the space provided for “Or select your own charitable organization” type “Center for Economic and Social Justice Arlington.”  If you type anything else, you will either get no results or more than you want to sift through.  Once you’ve typed (or copied and pasted) “Center for Economic and Social Justice Arlington” into the space provided, hit “Select” — and you will be taken to the Amazon shopping site, all ready to go.
• Blog Readership.  We have had visitors from 29 different countries and 36 states and provinces in the United States and Canada to this blog over the past week. Most visitors are from the United States, Canada, Australia, India, and the Philippines.  The most popular postings this past week in descending order were “Dorothy Day, Catholicism, and Communism, Part I,” “Dorothy Day, Catholicism, and Communism, Part II,” “News from the Network, Vol. 12, No. 32,” “Forty Years After,” and “Louis Kelso, ESOP Association Address, 05/10/1984.”
Those are the happenings for this week, at least those that we know about.  If you have an accomplishment that you think should be listed, send us a note about it at mgreaney [at] cesj [dot] org, and we’ll see that it gets into the next “issue.”  Due to imprudent language on the part of some commentators, we removed temptation and disabled comments.
#30#
Posted by Michael D. Greaney at 6:00 AM