Not as many news items as last week, but there are still significant events going on, especially as the powers-that-be insist on ignoring the Just Third Way:


• Mexican Tariffs? One of the worst things that can happen, speaking politically, is to use the monetary and tax systems for political ends.  In the 1920s and 1930s most governments abandoned precious metal standards for their currencies and began using the tax system for social engineering.  According to Dr. Harold G. Moulton, then-president of the Brookings Institution, control over money and credit was the principle means by which governments were able to control people.  By shifting the backing of the currency from private sector assets to government debt, the idea was to make all trade and commerce dependent on the State.  Similarly, using the tax system to coerce desired behavior and punish undesired behavior greatly reinforced government control, the dictum being “the power to tax is the power to destroy.”  There can be legitimate uses of tariffs (e.g., make certain that a country’s ability to feed itself without foreign imports is not endangered), but that does not appear to be the case with the threatened Mexican tariff, which is purely punitive.  Economic competition should focus on producing goods at a higher quality and lower cost than the competition, not raising costs artificially for consumers, which is what a tariff does.
• China’s War With Christians.  (And everybody else.)  In the Wall Street Journal (05/31/19, A-13), Nina Shea and Bob Fu noted that the Chinese government is coming down very hard on both Catholics and Protestants to transform and control religion to support socialism.  Ironically, although the writers treat this as something new, it has been going on from the beginning of organized religion.  The modern phase, which began about two-hundred years ago, is characterized by socialism being promoted as a replacement for traditional religion and politics and even family.  Socialism, in fact, was first called “the Democratic Religion,” and then “the New Christianity” and “Neo-Catholicism.”  The idea is to remove all religious elements from religion and turn religious institutions into government agencies to control people (for their own good, of course).  Chillingly, just yesterday the Catholic Herald in the United Kingdom published an article on how the Catholic Church is turning socialist — and it is a good thing (“The Catholic Turn to Socialism Is Something to Celebrate”).  One wonders if they are even aware of the consistent condemnations of socialism for two centuries, or what it means to implement socialism in place of actual religion of any kind. 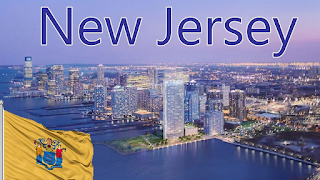 • New Jersey Public Pension Woes.  The state of New Jersey (no, we don’t know which exit) is considering shifting part of their pension benefits for new public employees over to a quasi 401(k) type arrangement that will help them save for retirement, and lessen the burden on the state’s already overburdened pension obligation, one of the most indebted in the United States.  The problem is that this wouldn’t really solve the problem.  A 401(k) or an IRA simply shifts consumption from the present to the future.  It reduces current consumption to provide for future consumption.  That dodges the whole issue of where does the production come from to consume?  A better solution would be to turn people into lifelong producers so they can be lifelong consumers rather than redistribute what some produce now for the benefit of others, or from what people produce now to consume later.  A Capital Homesteading program would empower everybody, even government workers, to be productive their entire lives without redistribution.
• Perth Herald Tribune.  For non-U.S.-centric news that isn’t filtered through the news agencies (not that there’s anything wrong with them, but they have different ideas about what you might want to hear about), check out the online “Perth Herald Tribune.”  An overview of the site reveals that the small monthly subscription fee might be well worth it — and the Mission Statement is derived in part from CESJ’s Core Values!
• Shop online and support CESJ’s work! Did you know that by making your purchases through the Amazon Smile program, Amazon will make a contribution to CESJ? Here’s how: First, go to https://smile.amazon.com/.  Next, sign in to your Amazon account.  (If you don’t have an account with Amazon, you can create one by clicking on the tiny little link below the “Sign in using our secure server” button.)  Once you have signed into your account, you need to select CESJ as your charity — and you have to be careful to do it exactly this way: in the space provided for “Or select your own charitable organization” type “Center for Economic and Social Justice Arlington.”  If you type anything else, you will either get no results or more than you want to sift through.  Once you’ve typed (or copied and pasted) “Center for Economic and Social Justice Arlington” into the space provided, hit “Select” — and you will be taken to the Amazon shopping site, all ready to go.
• Blog Readership.  We have had visitors from 34 different countries and 45 states and provinces in the United States and Canada to this blog over the past week. Most visitors are from the United States, Kenya, Canada, India, and the United Kingdom.  The most popular postings this past week in descending order were “Chesterton and Shaw: The Last Debate,” “Thomas Hobbes on Private Property,” “Brothers Under the Skin,” “News from the Network, Vol. 12, No. 21,” and “A New View of Society.”
Those are the happenings for this week, at least those that we know about.  If you have an accomplishment that you think should be listed, send us a note about it at mgreaney [at] cesj [dot] org, and we’ll see that it gets into the next “issue.”  If you have a short (250-400 word) comment on a specific posting, please enter your comments in the blog — do not send them to us to post for you.  All comments are moderated, so we’ll see it before it goes up.
#30#
Posted by Michael D. Greaney at 6:00 AM