A lot has been going on this week, not the least of which is the annual conference of the ESOP Association in Washington, DC (which we may report on next week, as it is still in progress).  The bottom line?  Let’s cut to the chase and get to the news items:

• Perth Herald Tribune.  If you want to get some non-U.S.-centric news that isn’t filtered through the news agencies (not that there’s anything wrong with them, but they have different ideas about what you might want to hear about), check out the online “Perth Herald Tribune.”  An overview of the site reveals that the small monthly subscription fee might be well worth it — and the Mission Statement is derived in part from CESJ’s Core Values!
• Great Game of Business.  CESJ’s Director of Communications will be attending a “Great Game of Business” conference in June.  Of particular interest to the Just Third Way is the focus on “Open Book Management,” based on the unique idea that if people in an organization know what is going on, they will be more likely to do the right thing.  Secrecy may be good or necessary in some situations, but if you want people to do the right thing, it’s probably a good idea to one, let them know what the right thing is, and, two, tell them if they’re doing something wrong.  One surprising thing about the Open Book Management approach for any organization is that once in a while “higher ups” find out that they were doing something wrong!  Jack Stack, the inventor of the Great Game of Business approach was motivated in part when he discovered that a company policy intended to get people working together was actually forcing them into conflict — a fistfight between managers alerted Stack to the situation. 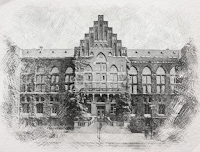 • Justice University.  Plans are afoot to create a ten-session series of classes to teach the basics of the Just Third Way.  As currently envisioned, the course will consist of nine classes of material, and the tenth will be an online test.  Sessions will be recorded, with the idea being students can go back as often as necessary for review, the goal being for everyone to get 100% on the test, which can be taken as many times as necessary.  (There are ways to alter the test every time a student takes it to avoid someone memorizing the correct answers instead of learning the material!)
• Congress Considers Retirement Reform . . . Sort Of.  Congress appears to be getting ready to fiddle with retirement law for the first time since 2006.  While there are a number of interesting features in the proposals, legislators are still avoiding the elephant in the icebox: everything is still focused on (obsessed with, actually), how to cut consumption and save more effectively.  Frankly, consistent with Say’s Law of Markets, the more people cut consumption to save, the less likely they are to have anything to save!  Given that production equals income only if the production is consumed, if consumption falls, production falls, and income falls, making it impossible to save!  For example, if everyone in an economy cuts consumption by 10%, income falls across the board by 10%, completely nullifying the attempt to save.  If, however, people switch to future savings (buying income-generating capital on credit and paying for it out of the income, then spending the income), the saving process does not reduce consumption, but increases production, which increases income.  It’s at least something to think about. 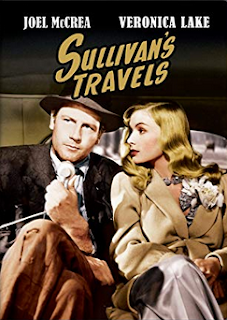