Back in the early nineteenth century, the proto-socialist and founder of “the New Christianity” Claude Henri de Rouvroy, comte de Saint-Simon (1760-1825), tried to commit suicide by shooting himself in the head.  He missed, but his followers claimed that the shock brought about his realization that he was either God’s Special Messenger or possibly even God.  Ever since, failure has been taken as proving that socialism actually works.  It only fails because people can’t seem to deal with a system that relies on them becoming God.  We, of course, just assume that people are going to keep on being people, so the Just Third Way is based on working with human nature rather than trying to change it: 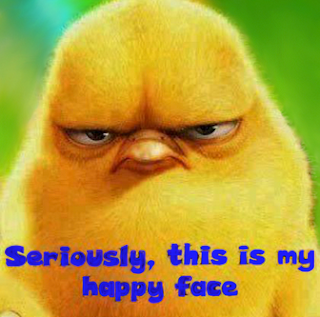 • Shop online and support CESJ’s work! Did you know that by making your purchases through the Amazon Smile program, Amazon will make a contribution to CESJ? Here’s how: First, go to https://smile.amazon.com/.  Next, sign in to your Amazon account.  (If you don’t have an account with Amazon, you can create one by clicking on the tiny little link below the “Sign in using our secure server” button.)  Once you have signed into your account, you need to select CESJ as your charity — and you have to be careful to do it exactly this way: in the space provided for “Or select your own charitable organization” type “Center for Economic and Social Justice Arlington.”  If you type anything else, you will either get no results or more than you want to sift through.  Once you’ve typed (or copied and pasted) “Center for Economic and Social Justice Arlington” into the space provided, hit “Select” — and you will be taken to the Amazon shopping site, all ready to go.
• Blog Readership.  We have had visitors from 35 different countries and 44 states and provinces in the United States and Canada to this blog over the past week. Most visitors are from the United States, South Africa, Brazil, Canada, and the Philippines.  The most popular postings this past week in descending order were “Poverty v. Destitution,” “The Four Pillars of Socialism,” “The Purpose of Production,” “People and Things,” and “The Age of Aquarius.”
Those are the happenings for this week, at least those that we know about.  If you have an accomplishment that you think should be listed, send us a note about it at mgreaney [at] cesj [dot] org, and we’ll see that it gets into the next “issue.”  If you have a short (250-400 word) comment on a specific posting, please enter your comments in the blog — do not send them to us to post for you.  All comments are moderated, so we’ll see it before it goes up.
#30#
Posted by Michael D. Greaney at 6:00 AM