Although we do know from the number of people viewing the blog and other indicators that word of the Just Third Way is getting around, it seems as though it ought to be faster.  Nevertheless, each day a little progress is being made, but not in a way that generates news items, unfortunately:


• Dave Hamill 2019 Servant of Justice.  Dave Hamill, host of the popular Just Third Way podcast, is the recipient of the 2019 Servant of Justice award for the podcast and all the other things he has done over the years to advance the cause of economic and social justice for the Just Third Way.  The presentation was made by Dr. Norman G. Kurland, president of CESJ, during the CESJ Thirty-fifth Anniversary celebration.
• National Service Push.  The latest scheme — actually a repainted version of a reworked scheme — is to have a program of national service to give recent college graduates something to do.  In return, they would get forgiveness of student debt, etc.  It is being touted as a way to revive rural areas and (of course) “create jobs.”  The probable real effect would be to make millions more people dependent on government.  No one seems to want to consider the possibility of making government dependent on people through a Capital Homesteading program.

• Campaign for Free Tuition.  The push to make state institutions of higher learning tuition free seems to be gaining ground, or at least increasing media coverage.  CESJ recently had a Fellow from Belgium who rolled her eyes at the push for “free tuition.”  According to her, tuition is one of the lesser costs of attending college.  There is also the cost of housing and meals, textbooks, and so on, but the single largest cost is . . . student fees.  No tuition, but the amount and number of student fees more than make up for “free tuition.”  The fact is that schools have to cover their costs somehow, and if it doesn’t come from tuition, it will be made up somewhere else.  This was corroborated by a friend in Germany, who had two daughters go to university there “tuition free” . . . but the bills for student fees were out of this world. 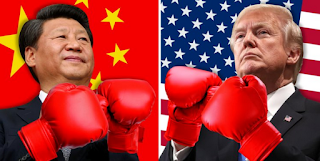 • Tariff Alternatives.  A key element in Making America Great Again seems to be the push to impose tariffs on China.  Tariffs are an anti-market form of taxation that falls on the consumers of the country using them by making foreign goods more expensive than domestic goods.  Trump would do much better by taking steps to make America more productive instead of China less competitive.  Some things that suggest themselves are monetary reform, tax reform, and ownership reform, all of which can be found in an integrated, holistic package called “Capital Homesteading.” 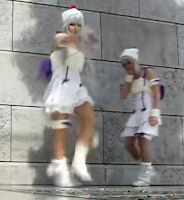 • Somewhat Weird Department.  Completely by accident we came across this short video. It appears to have great cultural significance . . . that, or you just can’t get the tune out of your head once you’ve heard it.  The text below the video is in Russian, but the machine translation is not particularly enlightening: “Limericks from the Repertoire of the group is oKey. Author clips Deco Rator. The idea of the movie is not in the map text and video, and in comparing the rhythm of the song and the video clip. Movie made by me for the entertainment of spectators. Enjoy, ladies and gentlemen!”
• Shop online and support CESJ’s work! Did you know that by making your purchases through the Amazon Smile program, Amazon will make a contribution to CESJ? Here’s how: First, go to https://smile.amazon.com/.  Next, sign in to your Amazon account.  (If you don’t have an account with Amazon, you can create one by clicking on the tiny little link below the “Sign in using our secure server” button.)  Once you have signed into your account, you need to select CESJ as your charity — and you have to be careful to do it exactly this way: in the space provided for “Or select your own charitable organization” type “Center for Economic and Social Justice Arlington.”  If you type anything else, you will either get no results or more than you want to sift through.  Once you’ve typed (or copied and pasted) “Center for Economic and Social Justice Arlington” into the space provided, hit “Select” — and you will be taken to the Amazon shopping site, all ready to go.
• Blog Readership.  We have had visitors from 31 different countries and 49 states and provinces in the United States and Canada to this blog over the past week. Most visitors are from the United States, India, the United Kingdom, Canada, and Australia.  The most popular postings this past week in descending order were “Adler on the Air,” “America’s Greatest Social Philosopher,” “Evelyn Waugh on Vatican II,” “Thomas Hobbes on Private Property,” and “Poverty v. Destitution.”
Those are the happenings for this week, at least those that we know about.  If you have an accomplishment that you think should be listed, send us a note about it at mgreaney [at] cesj [dot] org, and we’ll see that it gets into the next “issue.”  If you have a short (250-400 word) comment on a specific posting, please enter your comments in the blog — do not send them to us to post for you.  All comments are moderated, so we’ll see it before it goes up.
#30#
Posted by Michael D. Greaney at 6:00 AM