A short work week, but one filled with one or two significant events . . . one of which is not the increasing volatility of the stock market.  People have yet to realize that the stock market is NOT a “leading economic indicator.”  It’s not, strictly speaking, an economic indicator at all.  It’s a lagging emotional indicator.  It gives a good idea of the emotional state of the gamblers on Wall Street, and that’s about it.  As for more significant events: 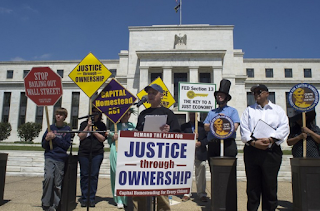