In yesterday’s posting we looked at the legal case for the importance of private property. We have to keep in mind, however, that the title of Fulton Sheen’s book is “Freedom Under God.” Sheen’s purpose was not to present a treatise or contract delineating humanity’s legal rights and duties in human society. Our constitutions, bills of rights, and legal systems are intended to serve that purpose.


Rather, Sheen’s purpose was to examine humanity’s moral responsibilities. In his book, Sheen made the moral case for the importance of private property and its critical role as the prop for true freedom. Even then, he acknowledged the primacy of rights such as life, liberty, and private property in human affairs: “[M]an has certain inalienable rights which no one can take away — not even the State.” (Page 74.)
As Pope Leo XIII pointed out in § 22 of Rerum Novarum, moral obligations are “not enforced by human law.” They are, instead, something that most people would agree are consistent with basic principles of “right” and “wrong.” In Sheen’s view, such moral obligations govern our relations with our fellows guided or directed not by human authority under justice, but (for people of faith) by divine authority, under charity.
That is not to say that human laws should not be moral. It does mean that not everything that is moral must or should be enforced by human law backed up with the coercive power of the State. As Aquinas explained,
Human government is derived from the Divine government, and should imitate it. Now although God is all-powerful and supremely good, nevertheless He allows certain evils to take place in the universe, which He might prevent, lest, without them, greater goods might be forfeited, or greater evils ensue. Accordingly in human government also, those who are in authority, rightly tolerate certain evils, lest certain goods be lost, or certain greater evils be incurred. (IIa IIae q. 10, a. 11)
There is a very great evil that can “ensue” when someone tries to criminalize everything he or she regards as immoral. That is the possibility that the one making the judgment might be mistaken as to the objective evil of something, and the degree of harm criminalization has the potential to cause. Making everything that is considered immoral also illegal would unnecessarily take away the liberty essential to our full development as human persons.
This is a special danger with respect to laws based on religious beliefs. However true religious beliefs may be, they are necessarily regarded as opinions by the State and society at large — even if everyone in that society holds the same religious beliefs. Freedom of conscience otherwise ceases to have any meaning. (Cf. The Catechism of the Catholic Church, § 1743.)
For example, a Jew or a Muslim may regard eating pork as immoral, where a Christian sees nothing wrong in it, while a Buddhist or Hindu might regard all three as unenlightened for eating meat at all. Should the State then prohibit the production, sale and consumption of all animal products? Obviously not. 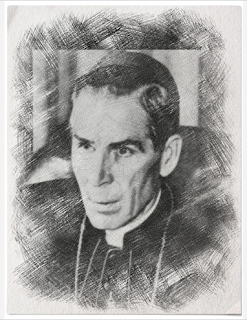 Similarly, can we legislate against greed, envy, pride, gluttony, or any of the other “seven deadly sins,” and force people to be generous, content with their lot, humble, or ascetic? Sheen certainly disagreed. As he explained,
The asceticism of Communism leaves nothing to free choice; everything is imposed by force. They rend everyone else’s garments, sprinkle ashes on everyone else’s head, chastise everyone else’s body and turn the nation into a vast madhouse where everyone has the vows without ever taking them. . . . The masses all had to take the “vows” of the leaders whether they wanted to or not. . . . Confronted with the problem of abuse they destroyed the use, and face to face with the fact of selfishness they took away everyone else’s liberty. Like some vegetarians who would deny meat to anyone else, Communism forces its views down everyone else’s throats, an expedient which proves profitable only to the unascetic Red leaders of the new asceticism. (Pp. 204-205.)
As Leo XIII noted in §§ 6-7, 13, and 16 of Graves de Communi Re (“On Christian Democracy”), human law based on justice guarantees our freedom under duly constituted human authority. Divine law based on justice and charity guarantees our freedom under God.
Until we understand the difference, we cannot understand Sheen’s purpose or even meaning in Freedom Under God. To take one example, in Chapter 5 Sheen declared, “though man has a natural right to private property, this right is not absolute.” (P. 51.) 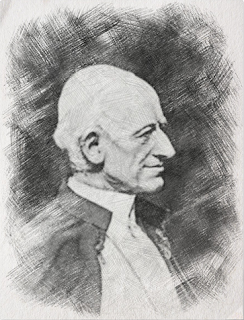 What? This statement, on the surface, is as contradictory as “everything I say is a lie,” “greed is good,” or “everyone is equal, but some are more equal than others”! It doesn’t make any sense. Natural rights are, by definition, absolute rights. Sheen states this explicitly: “inalienable rights which no one can take away — not even the State.” As Pope Leo XIII explained,
[M]an alone among the animal creation is endowed with reason — it must be within his right to possess things not merely for temporary and momentary use, as other living things do, but to have and to hold them in stable and permanent possession; he must have not only things that perish in the use, but those also which, though they have been reduced into use, continue for further use in after time. (Rerum Novarum, § 6.)
Private property is part of human nature, and human nature in Jewish, Christian and Islamic belief is created by a perfect, that is, unchanging and unchangeable God, an Absolute Source. The idea that human nature can be changed is the principal error of socialism; Sheen quoted the Communist Program (the italics are his), “[t]he mass awakening of communist consciousness, the cause of socialism itself, calls for a mass change of human nature.” (P. 61.)
Nevertheless, once we look closer at what Sheen actually said, we discover that he did not contradict himself, as we will see in the next posting on this subject.
#30#
Posted by Michael D. Greaney at 6:00 AM