No Room in the Inn


Pope Francis is again causing a bit of a stir, this time with his “Urbi et Orbi” address at Christmas.  This is another one of those things that has to be explained before it can be explained, even (or especially) to Catholics and other Christians, before it can be understood. 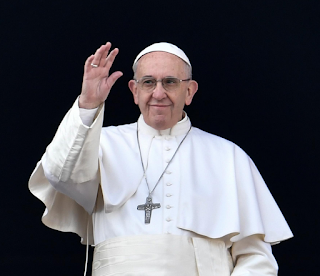 “Urbi et Orbi” means “to the city and to the world.”  The city, of course, is Rome, which is the pope’s diocese as Bishop of Rome.  The phrase denotes a special address and blessing given to Rome and the entire world on special occasions, such as Christmas and Easter.
The speech is usually about some issue that affects the entire world, examined from a religious perspective, while the blessing is conferred on everyone.  Catholics get an “indulgence under the usual conditions” for listening (indulgences being another thing that even many Catholics misunderstand, so don’t expect us to explain it here on an interfaith blog).  The speech-and-blessing usually concludes with a multilingual greeting related to the event being celebrated.
Now you know Everything You Need To Know About Urbi Et Orbi, at least for the purposes of this posting.
The latest Urbi et Orbi as of this posting was two days ago, Christmas Day, and the subject was peace, especially for children.  Nothing wrong there, of course, although we have some comments about one of the specifics Pope Francis mentioned about Jerusalem, which we hope to address in the next day or two. 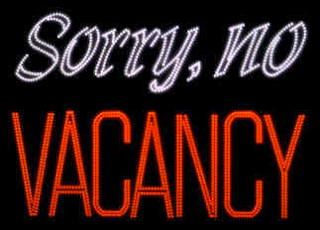 What we want to comment on today is one passage from the brief address that we found of special interest:
Today, as the winds of war are blowing in our world and an outdated model of development continues to produce human, societal and environmental decline, Christmas invites us to focus on the sign of the Child and to recognize him in the faces of little children, especially those for whom, like Jesus, “there is no place in the inn” (Lk 2:7).
What we found interesting in this passage — and in the speech as a whole — is that Pope Francis presented two very different problems . . . but no solution for either one, although he implied that “one size fits all” by not mentioning that the two problems each require a solution tailored to the type of problems they are.
To explain, the two problems are, one, “no room in the inn” (“there is no place in the inn”).  That is, the immediate needs of people, especially children, are not being met.  This is a job for individual justice and charity that have individual good as their directed object, that is, meeting individual wants and needs.
Two, the world is using “an outdated model of development [that] continues to produce human, societal and environmental decline.”  That is, the institutional environment — the “outdated model of development” — is inhibiting people, especially children, from being able to meet their wants and needs in a just manner.  This is a job for social justice and charity.  You see, where individual justice governs how individuals relate to each other, no matter how many "others" there are, social justice governs how individuals relate to their institutions, that is, their "social habits."  Individuals alone obviously cannot affect institutions directly.  Being social habits, institutions can only be directly affected by people acting socially, that is, when they organize for the common good . . . which is made up of institutions.
Individual virtue and social virtue are two very different things, even if both have the same ultimate end: the full development of the human person in a manner that respects human dignity.
The difference lies in the respective “directed objectives” of each type of virtue.  For individual virtue, the directed objective is the particular good of the individual, but in such a way that the common good of everybody and of society itself is also benefited, or at least not materially harmed.
For example, it is ordinarily good that someone gets three square meals a day.  It is not good, however, if he or she gets those meals by depriving others of them, or by preventing others from having anything to eat. 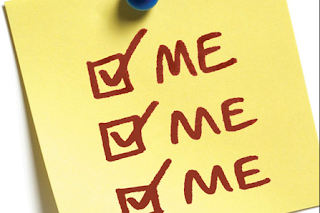 This is because, one, we cannot pursue our individual good by doing wrong, even if we’re really, really hungry and we don’t like the other person.  This is individually wrong every time we do it.
Two, we cannot pursue our individual good by doing wrong as the usual thing.  This establishes and maintains a “social habit” or institution that harms the common good by making the practice of individual virtue by everyone less likely or more difficult.  This is socially wrong by having made an individual wrong into an institution, thereby legitimizing it to some degree.  It gives the impression that the end justifies the means.
Now, there was nothing wrong with what Pope Francis said in general.  (We’ll mention a possible problem with one of his specifics later; whenever a pope or someone else with great authority mentions something specific, he or she usually has to be careful that others don’t misunderstand him or her or assume that everything or anything else is thereby automatically excluded.)
The problem is more in what Pope Francis didn’t say.  By not mentioning that different types of solutions are essential, he implied that only one type of solution is possible.  He didn’t actually come flat out and say so, of course, but what virtually everyone who heard him is going to think is that Pope Francis said that if each person just does the right thing, then everything will work out for the good.
To explain, since most people don’t understand social justice, and interpret it individualistically or collectively, they don’t realize it is not enough to do good individually . . . especially when it may actually be impossible to do good individually as a result of the development of social habits that inhibit or prevent people from doing good!  As Father William Ferree explained in his pamphlet, Introduction to Social Justice,
Another characteristic of Social Justice, which was already pointed out in Chapter Two, is that in Social Justice there is never any such thing as helplessness. No problem is ever too big or too complex, no field is ever too vast, for the methods of this Social Justice. Problems that were agonizing in the past and were simply dodged, even by serious and virtuous people, can now be solved with ease by any school child.
We’ll expand on this tomorrow.
#30#
Posted by Michael D. Greaney at 6:00 AM