Quite a bit of news this week, which is unusual, as things generally slow down as the holidays get closer and people get busy with other things.  Of course, the current global situation certainly warrants a little more attention paid to things than usual.  That being the case, here are this week’s news items:

• Truth Be Told Newsletter.  You might not be Catholic, but you will find the extensive “free plug” given to CESJ and the Just Third Way in Truth Be Told, the free newsletter of the “Dominican Western Province” of the United States possibly of interest.  We direct your attention to pages 10 through 12, with a hat-tip to page 17, where there is an article from the nineteenth century on “magnetism” that should be of interest to anyone, Jew, Christian, Muslim, or anything else, concerned about the spread of “New” Age ideas (which turn out to be not all that new!).  Admittedly, most of the newsletter will probably not be of interest to people who aren’t Christian, but you might want to pass it on to friends who are.
• Distributist Books and Media.  Interestingly, visits have mushroomed to “Distributist Books and Media” lately, starting right after Thanksgiving.  We think it may be due to people searching for Christmas (or Hanukkah) gifts that offer a message of hope instead of the Same Old Thing.  Pay the site s visit and browse awhile.
• Bitcoin Bubble.  The people “investing” in Bitcoins probably need to be aware that, under the Banking Principle on which binary economics is based, money and credit are not a commodity, but a means whereby I exchange what I produce, for what you produce.  Money, to be legitimate, is a promise, part of a contract, and all contracts include some form of money.  If something does not have the three basic elements of a contract (offer, acceptance, and consideration), you should be leery of using it as money.  Bitcoins do involve offer and acceptance, but appear to be a little short when it comes to consideration — where do you go to redeem a Bitcoin, not to mention to whom, and what you get for it.  Nobody even knows who the issuer is, so how can it be part of a true contract when you don’t know the other contracting party? What backs the bitcoin? To what standard does it adhere?  Who redeems the bitcoin?  The bottom line is that if something does not meet the qualifications of a contract, how can you be sure that any part of the contract, especially the money, is good?  We therefore have two words for anyone "investing" in bitcoins: "run" and "away."

• News Oddity.  According to news reports from the 1920s, G.K. Chesterton allegedly looked just like Theodore Roosevelt, Jr.  We don’t see it, but they did correspond, and Roosevelt met with Chesterton when the former visited England and had dinner in the Spring of 1910.  We just wonder, however, whether they discussed the ideas of Roosevelt’s friend, Judge Peter S. Grosscup.  Grosscup wrote a series of articles from 1904 through 1914 advocating that ordinary people become shareholders of the big corporations and have full rights of ownership.  This, in Grosscup’s opinion, would “people-ize” big business, bringing it down to human scale through the institution of private property.  The reason we wonder is that in 1910 or so, by his own recollection, Chesterton began writing about something he later called “distributism,” a policy of widely distributed private property in capital, with a preference for small, family-owned farms and businesses.  Many of these essays were collected in a volume Chesterton (actually his editor) titled What’s Wrong With the World, in one of which, in what seems to be an echo of Grosscup’s proposals, he advocated broad-based share ownership of large corporations.
• Red Star Over Bethlehem. Work continues on the book.  If well-received, the book will be followed by others focusing on economic justice and the Just Third Way.  We are hoping for a publication date early in 2018. 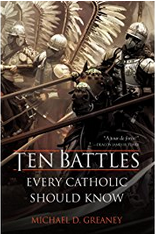 • Ten Battles Every Catholic Should Know. TAN Books, an imprint of Saint Benedict Press, has made Ten Battles Every Catholic Should Know available for pre-order, for delivery in mid-January.  It’s available now for pre-order from Amazon and Barnes and Noble.  According to Amazon (and Barnes and Noble may have the same deal), if the price goes down before the official release, the savings will be passed on to the customer.
• Shop online and support CESJ’s work! Did you know that by making your purchases through the Amazon Smile program, Amazon will make a contribution to CESJ? Here’s how: First, go to https://smile.amazon.com/.  Next, sign in to your Amazon account.  (If you don’t have an account with Amazon, you can create one by clicking on the tiny little link below the “Sign in using our secure server” button.)  Once you have signed into your account, you need to select CESJ as your charity — and you have to be careful to do it exactly this way: in the space provided for “Or select your own charitable organization” type “Center for Economic and Social Justice Arlington.”  If you type anything else, you will either get no results or more than you want to sift through.  Once you’ve typed (or copied and pasted) “Center for Economic and Social Justice Arlington” into the space provided, hit “Select” — and you will be taken to the Amazon shopping site, all ready to go. 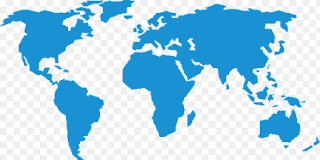 • Blog Readership.  We have had visitors from 39 different countries and 46 states and provinces in the United States and Canada to this blog over the past week. Most visitors are from the United States, India, Canada, the United Kingdom, and the Philippines.  The most popular postings this past week in descending order were “Thomas Hobbes on Private Property,” “The Slavery of Savings — Again,” “News from the Network, Vol. 10, No. 49,” “Power Follows Property, II: Resolving the Contradictions,” and “That Banking Principle Again.”
Those are the happenings for this week, at least those that we know about.  If you have an accomplishment that you think should be listed, send us a note about it at mgreaney [at] cesj [dot] org, and we’ll see that it gets into the next “issue.”  If you have a short (250-400 word) comment on a specific posting, please enter your comments in the blog — do not send them to us to post for you.  All comments are moderated, so we’ll see it before it goes up.
#30#
Posted by Michael D. Greaney at 11:46 AM