Although things generally slow down during the “holiday season” (although when is there ever a season without a holiday or two?), activity in the Global Justice Movement seems to be picking up.  Blog readership is much greater than it has been, and several projects are coming to fruition, while ongoing ones are, well, ongoing — which is something, considering how ephemeral many things are these day.  So, to close out the week:

• Just Third Way Panel Discussions.  Dr. Norman Kurland is currently in Atlanta, Georgia, at a conference, “Advancing Human Rights 2017,” presented by the Human Rights Network.  Norm is scheduled to appear on two panels, “Economic Justice” today at 1:30-2:30 pm in the Mountain Laurels Room, and “Human Rights Cities Alliance” tomorrow at 2:30-5:30 pm in the Peachtree Creek Room.  Dave Hamill, who is scheduled to take over as host of the Just Third Way Hour podcast, is planning on attending and, if possible, recording sessions for future episodes of the show.  Norm is also planning on taking the opportunity to meet with key politicians and leaders in the community to help them see the advantages of rebuilding Atlanta — or any other city — in accordance with the Just Third Way program.  CESJ friend Onaje Muid was instrumental in getting Norm invited and arranging for his participation on the panels. 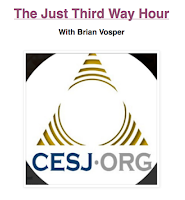 • Just Third Way Hour.  Due to various factors such as the approach of the holidays and a changeover to a new host (the current host is a student whose CESJ internship concludes next week), there is no new episode for this week.  The good thing about a podcast, however, is that it is available any time a listener wants it.  Missing one episode just means that you now have a chance to catch up on the podcasts you missed in the last couple of weeks.  One warning: we don’t want to be accused of false advertising, so be advised that “the Just Third Way Hour” is just the name of the show.  Some go longer than that, most are much shorter, at least one, though, is exactly an hour.  Take a look and see which ones fit your available time. 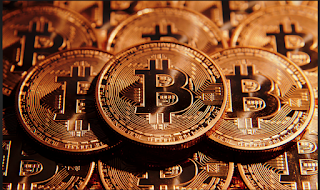 • The Bitcoin Boondoggle.  It could even happen by the end of the day — the crash in the Bitcoin, that is.  In forty hours, the “value” of the virtual “currency” went up by 40%.  This is clearly pure speculation . . . in a commodity that has no real existence.  Even back in the darkest days of 1929, the companies whose shares were being inflated to unrealistic levels actually existed.  Some of them weren’t worth much of anything in real terms, but they could be pointed to and identified as actual entities.  What is a Bitcoin, though?  Here is the danger: as soon as people realize there is nothing there but some computer code, and the so-called “value” relies completely on the “Greater Fool Theory” (i.e., something is worth only what some other, bigger idiot than yourself is willing to pay for it), the “value” of the Bitcoin is going to evaporate and disappear into the thin air out of which it came.  So what? you ask.  Who cares if a bunch of dumb jerks have put their hard-earned money into something so worthless it makes the Dutch Tulip Mania look like AT&T?  You, that’s who.  When one thing crashes, everything tends to plunge.  Back in 1929 rock-solid companies took a beating almost as bad as the speculative fly-by-nights.  In 1893, the fall in the price of silver and the liquidation of investments for gold by European investors threw the U.S. economy into a tailspin from which it took five years to recover; companies considered blue chip one week went into receivership the next when the commercial banks called loans to maintain reserve ratios — having an inelastic reserve currency backed only by government debt meant that foreign investors wanted gold, not the U.S. dollar, and banks could not increase reserves by rediscounting loans at a central bank that didn’t exist.  All in all, the sudden rise in the “value” of the Bitcoin is not a good thing. 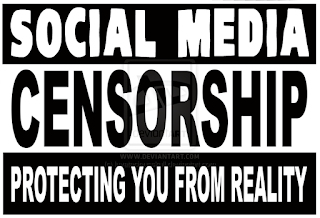 • Censorship?  Interestingly, we were blocked from a couple of FaceBook groups this past week.  What was most interesting was the fact that it was in groups where we were engaged with "trolls" who kept trying to change the subject and made strange statements that did not bear up under examination.  Instead of responding to our questions, we were blocked.
• Book on Social Justice.  Work proceeds on the Book Without A Title Yet, but that will show what happened to social justice.  If well-received, the book will be followed by others focusing on economic justice and the Just Third Way.
• Ten Battles Every Catholic Should Know. TAN Books, an imprint of Saint Benedict Press, has made Ten Battles Every Catholic Should Know available for pre-order, for delivery in mid-January.  It’s available now for pre-order from Amazon and Barnes and Noble 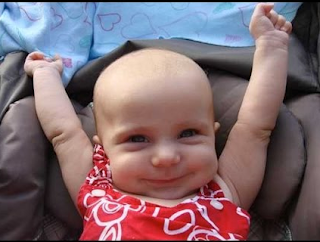 • Shop online and support CESJ’s work! Did you know that by making your purchases through the Amazon Smile program, Amazon will make a contribution to CESJ? Here’s how: First, go to https://smile.amazon.com/.  Next, sign in to your Amazon account.  (If you don’t have an account with Amazon, you can create one by clicking on the tiny little link below the “Sign in using our secure server” button.)  Once you have signed into your account, you need to select CESJ as your charity — and you have to be careful to do it exactly this way: in the space provided for “Or select your own charitable organization” type “Center for Economic and Social Justice Arlington.”  If you type anything else, you will either get no results or more than you want to sift through.  Once you’ve typed (or copied and pasted) “Center for Economic and Social Justice Arlington” into the space provided, hit “Select” — and you will be taken to the Amazon shopping site, all ready to go.
• Blog Readership.  We have had visitors from 39 different countries and 52 states and provinces in the United States and Canada to this blog over the past week. Most visitors are from the United States, Canada, France, the United Kingdom, and India.  The most popular postings this past week in descending order were “Thomas Hobbes on Private Property,” “Book Review: A Field Guide for Heroes,” “Quit Modifying Capitalism,” “Minimum Wage Follies,” and “Some Comments on Keynes.”
Those are the happenings for this week, at least those that we know about.  If you have an accomplishment that you think should be listed, send us a note about it at mgreaney [at] cesj [dot] org, and we’ll see that it gets into the next “issue.”  If you have a short (250-400 word) comment on a specific posting, please enter your comments in the blog — do not send them to us to post for you.  All comments are moderated, so we’ll see it before it goes up.
#30#
Posted by Michael D. Greaney at 10:47 AM