Even with the mid-week holiday and two days without internet access (long story), things have been moving well along, with great strides being made in a number of areas.  This is encouraging, because things often slow down at this time of year, whereas for us they seem to be picking up:

• Gary Davis Film.  On Tuesday of this week, the CESJ core group went to see a special showing in downtown Washington, DC of My Country is the World, a documentary about the World Citizen Movement” of Gary Davis.  The film is not yet available for public showing in all venues (they still need to raise some funds — not very much, actually — to purchase some copyrighted material, e.g., film clips with historical figures talking about Davis and his vision.  If you’re interested in advancing the project, feel free to get in touch with director/producer Arthur Kanegis via his website.  Whether or not you agree with Davis’s position or activities, the film (and his life) raises some issues you might want to discuss. 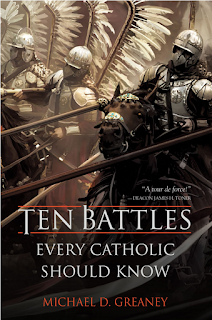 • Ten Battles Every Catholic Should Know.  On Monday of this week, TAN Books, an imprint of Saint Benedict Press (which is having a 40% off sale today, BTW), has made Ten Battles Every Catholic Should Know available for pre-order, for delivery in mid-January.  Why is this of interest to the Global Justice Movement, or an interfaith organization like CESJ?  First, there is the little-known synopsis of the efforts of Last Emperor/First Basileus Heraclius in the early seventh century to “Make Byzantium Great Again” . . . by promoting widespread capital ownership!  It must have worked, because the Eastern Roman Empire survived for another 800 years or so, during 450 of which it was considered the most powerful political entity in the western world.  Second, if you want to have a world without war, you had better know what war is about — otherwise, you just end up like the people who want monetary, tax, or ownership reform who have no idea what money, taxes, or private property really are.  (And if those reasons aren’t good enough, it’s an exciting book to read, anyway.)  It’s available now for pre-order from Amazon and Barnes and Noble

• The Question of Human Dignity.  Editing proceeds apace on The Question of Human Dignity: What Happened to Social Justice.  Our goal is to release it in conjunction with Ten Battles Every Catholic Should Know.  This is not because of any necessary link between the two (other than sharing the same author), but because each one (sort of) lends credibility to the other.  Assuming What Happened to Social Justice is well-received, future volumes will cover the principles of economic justice and the Just Third Way.  A few extracts have been posted on the blog, which has excited commentary from some people who think that “social justice” and “socialism” are simply two terms for the same thing (no). 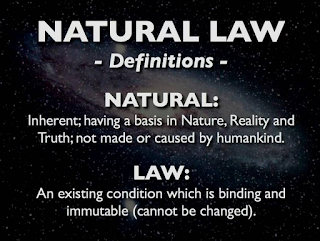 • Right TO versus Rights OF Private Property.  We’ve been having some interesting discussions with some people who see no difference between the natural, absolute, and unlimited right to be an owner inherent in every child, woman, and man, and the bundle of socially defined and necessarily limited rights that define how an owner may use his or her ownership.  By confusing the right to be an owner, with the duty of the State or community to limit the exercise of ownership, they inevitably fall into socialism as they effectively abolish private property.  They then, almost as inevitably, claim that socialism is not the abolition of private property (or that what they’re talking about is not socialism) because people are permitted to own . . . but not as a natural right, only because the State or community permits them to do so.  Since the absolute part of private property is the inalienable right of each person to be an owner, claiming that it is, after all, alienable is to abolish private property as a natural right — socialism. • Shop online and support CESJ’s work! Did you know that by making your purchases through the Amazon Smile program, Amazon will make a contribution to CESJ? Here’s how: First, go to https://smile.amazon.com/.  Next, sign in to your Amazon account.  (If you don’t have an account with Amazon, you can create one by clicking on the tiny little link below the “Sign in using our secure server” button.)  Once you have signed into your account, you need to select CESJ as your charity — and you have to be careful to do it exactly this way: in the space provided for “Or select your own charitable organization” type “Center for Economic and Social Justice Arlington.”  If you type anything else, you will either get no results or more than you want to sift through.  Once you’ve typed (or copied and pasted) “Center for Economic and Social Justice Arlington” into the space provided, hit “Select” — and you will be taken to the Amazon shopping site, all ready to go.
• Blog Readership.  We have had visitors from 44 different countries and 50 states and provinces in the United States and Canada to this blog over the past week. Most visitors are from the United States, Canada, the United Kingdom, India, and Australia.  The most popular postings this past week in descending order were “Thomas Hobbes on Private Property,” “Enthusiasm, VIII: The Age of Aquarius,” “Who Invented Social Justice?” “News from the Network, Vol. 10, No, 46,” and “Enthusiasm, VI: From Aquinas, to Scotus, to Ockham.”
Those are the happenings for this week, at least those that we know about.  If you have an accomplishment that you think should be listed, send us a note about it at mgreaney [at] cesj [dot] org, and we’ll see that it gets into the next “issue.”  If you have a short (250-400 word) comment on a specific posting, please enter your comments in the blog — do not send them to us to post for you.  All comments are moderated, so we’ll see it before it goes up.
#30#
Posted by Michael D. Greaney at 8:38 AM