Even with the “Holiday Season” right around the corner next week, things are happening on the Just Third Way front.  The CESJ core group has put together the outlines of the presentation that could be the basis of a lecture or an interview, new podcasts are being recorded on schedule, and the new and revised publications are on track:

• Catholic Internet Television.  Norman Kurland has busily preparing a paper as the basis of a video presentation for “Catholic Internet Television,” a network with a global outreach affiliated with the Catholic Worker movement.  Trying to condense the Just Third Way into a coherent twenty-minute package is not as easy as it sounds, even if there is time left for questions. . . .
• “A Theory of Society Utterly Foreign to Truth.”  Evidently, the way to infuriate a socialist-who-insists-he-or-she-is-not-a-socialist who intrudes into your FaceBook thread to try and undermine your position on private property in anything is to keep insisting that he or she explain how is it that the collective, an abstraction created by human beings, has rights that the human beings who created it do not have.  Be prepared for an almost infinite series of diversions and dodges, but if you keep repeating the question, eventually the troll will return to his or her bridge.
• The Question of Human Dignity (?).  We are still getting input on the title to the upcoming-but-still-in-editing book on what happened to social justice.  Some people really like Red Star Over Bethlehem, but agree that it might sound “too religious,” especially since part of what happened to social justice was turning it into a “religious thing” instead of something of immediate concern to every human being, regardless whether one believes in anything.  We did, however, agree that THE Question of Human Dignity is better than A Question of Human Dignity.  In any event, regardless of the title, many people have expressed a great deal of enthusiasm for the project, which we hope will translate into book sales.  A third iteration of the introduction is being circulated for comment.
• What is Truth?  Interestingly, some prior years’ Just Third Way blog posts on the nature of truth are getting a new lease on life, and getting a substantial number of hits.  This is encouraging, as it might be an indication that people are starting to wake up to the fact that many of today’s problems might be traceable to a faulty paradigm.
• Past Savings Slavery.  Evidently, Congress is looking suspiciously at the 401(k) in its quest to make up for potential lost tax revenue after cutting corporate taxes.  It seems that the small amounts that workers are able to save on a tax-deferred basis by investing it for retirement — up to $24,000 per year — represents a serious threat that the billions in corporate revenue sheltered from taxation because it is reinvested do not.  Of course, financing new capital formation and a program of expanded capital ownership out of future savings by means of a Capital Homestead Act would solve both the problem of insufficient tax revenue by increasing personal income subject to tax and finance growth, but nobody seems to be considering that.
• Contradictory Tax and Monetary Policy.  The argument seems to be that the government has to tax the small investor to prevent the small investor from saving for investment so that taxes can be cut for the rich investor so that the rich investor can save for investment.  It is not clear how this benefits the bulk of the people for whom the government presumably works.
• Just Third Way Hour.  Michael D. Greaney, CESJ’s Director of Research, taped an episode of CESJ’s podcast the Just Third Way Hour last week with host Bryan Vosper, which is now up on the website.  It can be heard by going to the CESJ “Podcast Page.” 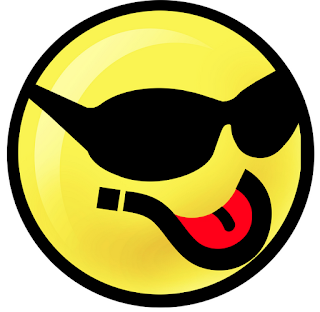 • Shop online and support CESJ’s work! Did you know that by making your purchases through the Amazon Smile program, Amazon will make a contribution to CESJ? Here’s how: First, go to https://smile.amazon.com/.  Next, sign in to your Amazon account.  (If you don’t have an account with Amazon, you can create one by clicking on the tiny little link below the “Sign in using our secure server” button.)  Once you have signed into your account, you need to select CESJ as your charity — and you have to be careful to do it exactly this way: in the space provided for “Or select your own charitable organization” type “Center for Economic and Social Justice Arlington.”  If you type anything else, you will either get no results or more than you want to sift through.  Once you’ve typed (or copied and pasted) “Center for Economic and Social Justice Arlington” into the space provided, hit “Select” — and you will be taken to the Amazon shopping site, all ready to go.
• Blog Readership.  We have had visitors from 42 different countries and 44 states and provinces in the United States and Canada to this blog over the past week. Most visitors are from the United States, Canada, India, the United Kingdom and Australia.  The most popular postings this past week in descending order were “Enthusiasm, III: Demonizing the Angelic Doctor,” “Enthusiasm, V: The Spirit of Vatican II,” “News from the Network, Vol. 10, No, 45,” “Thomas Hobbes on Private Property,” and “Faith or Reason.”
Those are the happenings for this week, at least those that we know about.  If you have an accomplishment that you think should be listed, send us a note about it at mgreaney [at] cesj [dot] org, and we’ll see that it gets into the next “issue.”  If you have a short (250-400 word) comment on a specific posting, please enter your comments in the blog — do not send them to us to post for you.  All comments are moderated, so we’ll see it before it goes up.
#30#
Posted by Michael D. Greaney at 12:42 PM