Who’d Have Thought It?


Back in the eighteenth century the Good Doctor, Samuel Johnson, chastised his Boswell . . . who happened to be James Boswell . . . for ostentatiously giving a gratuity of one shilling (12 pence) for a service for which the customary remuneration was 6 pence.  If memory serves, it was the tip to a porter for helping hand down passengers’ baggage from a coach.


Johnson’s rationale was that by doubling the compensation, Boswell made the recipient dissatisfied with the sixpences offered by everyone else, and tempted him to give lower quality service unless others also doubled the fee.  Boswell had increased the cost of a common service or product with no increase in quantity, quality, or value to the customer.
In 1914, Henry Ford more than doubled the base wage at the Ford Motor Company from $2.34 per day, to $5.00 per day for certain classes of machinists and widows with children.  He was soon forced to raise it across the board for every Ford worker or face a strike.
Other automakers had to raise their base wages in order to keep trained workers.  Riots ensued in the middle of a Michigan winter — which destroyed a number of small businesses and were broken up with fire hoses — when vast numbers of unemployed workers descended on Detroit to apply for jobs at Ford.
Ford’s unilateral increase in wages without any corresponding increase in productivity is credited with being the “official” start of the modern wage-price inflationary spiral (“cost-push inflation”).  Combined with Keynesian monetary theory intended to stimulate demand by issuing massive amounts of government debt (“demand-pull inflation”), the U.S. economy was eventually ground between the upper and nether millstones of increasing the costs of production with no increase in production, and creating demand without producing anything at all.  Jobs either disappeared as workers were replaced with more productive (and thus lower relative cost) technology, or went to lower wage areas where workers would produce the same goods at less cost.
The lesson here is that increase the cost of anything without a corresponding increased benefit, and you decrease demand for it.  How much you can increase the cost or price of something varies according to the “elasticity of demand” for a particular good or service, but regardless how inelastic or elastic demand might be, if the price keeps going up, eventually everyone will be priced out of the market.
At least Boswell and Ford were playing with their own money.  Three years ago the city of Seattle, Washington, decided to play with other people’s money, and mandated the gradual implementation of a $15.00 per hour minimum wage.  When the increases started, studies showed no change in employment, although the data sometimes appeared a little questionable. 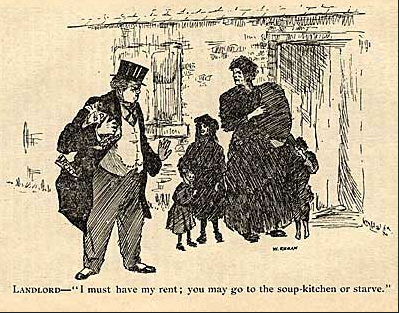 What did change was the cost of living.  Rents started increasing, forcing people on fixed incomes to find lower cost housing in the city, or move.  While not factored in to employment statistics (most people on fixed incomes are retired), there was a spate of angry articles about greedy landlords and price-gouging grocers, etc., as if such increases were unheard of in the wake of across the board pay increases . . . as happens inside the Washington, DC Beltway every time the government gives an across the board increase.
The latest study, though, shows something unexpected by virtually everyone, ourselves included.  There have been some layoffs and cutbacks in hours.  This is usual, as would happen, e.g., if the definition of “full time worker” (with a corresponding increase in benefits) was defined in some areas as working 40 hours a week.  A large number of workers would find themselves scheduled for 39½ hours per week.

No, the unusual thing was that low-income workers started losing jobs to higher-income workers.  Better-trained and experienced workers making $19.00 and $20.00 per hour can produce more goods and services in the same time than untrained and inexperienced workers paid less money, decreasing the relative cost of production.
As a result, the average income of higher-income workers increased, while that of the average low-income worker (the one the increased minimum wage is supposed to be helping) decreased by $125.00 per month . . . just as costs are increasing in anticipation of their increased income.  In effect, low-income workers are experiencing on the micro level what the U.S. economy has been experiencing on the macro level: rising costs, falling production.
At some point, somebody is going to wake up and grasp the wisdom (today’s word for yesterday’s common sense) of what the late labor statesman Walter Reuther pointed out half a century ago in his testimony before the Joint Economic Committee of Congress, February 20, 1967:
The breakdown in collective bargaining in recent years is due to the difficulty of labor and management trying to equate the relative equity of the worker and the stockholder and the consumer in advance of the facts. . . . If the workers get too much, then the argument is that that triggers inflationary pressures, and the counter argument is that if they don’t get their equity, then we have a recession because of inadequate purchasing power. We believe this approach (progress sharing) is a rational approach because you cooperate in creating the abundance that makes the progress possible, and then you share that progress after the fact, and not before the fact.  Profit sharing would resolve the conflict between management apprehensions and worker expectations on the basis of solid economic facts as they materialize rather than on the basis of speculation as to what the future might hold. . . . If the workers had definite assurance of equitable shares in the profits of the corporations that employ them, they would see less need to seek an equitable balance between their gains and soaring profits through augmented increases in basic wage rates. This would be a desirable result from the standpoint of stabilization policy because profit sharing does not increase costs. Since profits are a residual, after all costs have been met, and since their size is not determinable until after customers have paid the prices charged for the firm’s products, profit sharing as such cannot be said to have any inflationary impact upon costs and prices. . . . Profit sharing in the form of stock distributions to workers would help to democratize the ownership of America’s vast corporate wealth.
Louis Kelso’s Employee Stock Ownership Plan (ESOP) was one step on the path Reuther laid out.  Capital Homesteading is another.  Perhaps it’s time world leaders took economic reality and common sense into account. . . .
#30#
Posted by Michael D. Greaney at 6:00 AM