Wage and Other Slavery


At first glance, Jesus’s “Parable of the Talents” in Matthew 25:14-30 seems straightforward — and it is.  The message is obvious, especially to an audience that understands English, a language in which by coincidence the word for the unit of measurement used, the talent, is the same as the word commonly used for ability, capacity, or aptitude, i.e., talent.  The message of the parable is, use the gifts God gave you, or you will be held answerable for wasting them. 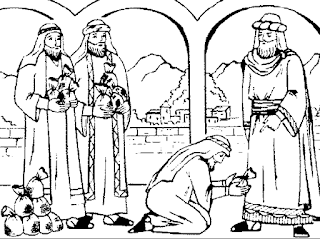 A man going on a journey calls in three of his servants.  To one he gives five talents (30,000 Drachma, an immense sum of money; a Drachm was the basic daily wage), to another two (12,000 Drachma), and another one (6,000 Drachma).  The first two invest the money and double it.  The last buries the money for fear of losing it.  When the man returns, he rewards the first two, and punishes the third.  The lesson?  Don’t waste your talents through non-use.
The problems start when we think about the parable.  For one thing, it seems somehow different from all of Jesus’s other parables.  All the others start with a familiar situation, e.g., a poor woman is treated unjustly by a judge, a son wants his inheritance now so he can live it up, a man plants a fig tree, some bridesmaids fall asleep waiting for the bridegroom to show up, a vineyard owner goes to the market to hire day workers, a steward is caught stealing, etc., etc., etc. — all things that could or did happen every day.
The parable of the talents, however, starts with what seems to the modern listener to be an extremely contrived situation, almost a fantasy.  An employer calls his servants in and hands over huge sums of money?  Today’s hearer tends to imagine a rich man ringing the bell for his butler, chauffeur, and gardener, and then giving them bags of cash saying, “Take care of this while I’m away.” 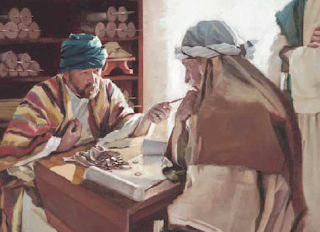 Huh?  Doesn’t the rich man have an attorney or an accountant to handle business matters, or a financial advisor, you know, a steward?  Why didn’t Jesus, contrary to his usual practice, use an example out of everyday life?  What’s with this obviously artificial situation?  Why not say a man had three sons, and go from there?  That wouldn’t be unusual, and wasn’t uncommon, even today, for parents to give children responsibilities to train them to be adults.
It gets even more incomprehensible, however.  Two thousand years ago you didn’t hire servants.  You bought slaves.  The word in Matthew’s Gospel in both Greek and Latin can be translated today as either servant or slave, depending on the context, but originally there was no context issue.  If you were a servant, you were a slave.  Period.
(Strange but true: Pliny the Younger wrote to the Emperor Trajan asking what to do about people who had managed to get themselves enrolled as public slaves — i.e., government workers — to get the pay and benefits, but who were really free born.  Trajan’s answer: If they have been on the rolls for ten or more years, keep them on.  If less than ten, boot them out and let them work or starve like any other freeborn person.)
Now the parable really sounds surreal.  A master calls in his slaves and just hands over huge sums of money, no questions asked?  Uh, yeah, uh, Kingfish. . . .
Then we add in the fact that slavery in the ancient world was somewhat different from, say, that practiced in the United States.  Not better, certainly, but different.
For example, if someone had been wrongfully enslaved (meaning he or she was not a war captive, convict, or born a slave), and could dig up some evidence to that effect, and could persuade a free man to be an advocate and take the case to court (slaves had no rights and thus had no standing to bring a lawsuit, even for liberty), the slave could be granted his or her freedom and compensatory damages, i.e., pay for the work done while a purported slave. 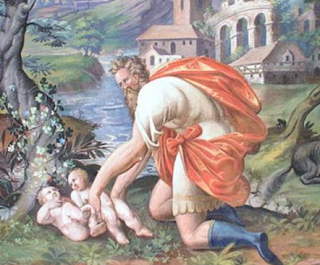 It wasn’t all that common, of course, but it wasn’t unusual, especially since kidnapping people to sell them into slavery was a bad problem, and it was also customary to abandon unwanted or unacknowledged children, sometimes tossing them down the Great Sewer in Rome, but more often just exposing them.  If a passerby wanted a child or a slave, he or she could pick and choose.
If the child was raised as a son or daughter, no problem.  Nobody bothered about birth certificates, just register the kid as your own for the next census — and a mother who was a Roman citizen who had three children got a special status.  Raised as a slave or purchased from a kidnapper . . . another matter.  No bill of sale, or the purported slave purchased from a kidnapper might have proof of freeborn status in a hall of records somewhere, especially if he or she was a Roman citizen.
A well-treated slave probably wouldn’t do anything, even if he or she found out how he or she had been acquired, but a cruel master might have problems . . . especially if a purported slave won his or her freedom and got a sympathetic judge to set the amount of compensation.  And sympathy for slaves was not unheard of.
Some people ran scams, of course.  Selling yourself into slavery was illegal, even — or especially — for debt.  Some rich man, however, might want or need someone with special abilities, and a freeborn person with those abilities might need money fast.  A self-sale would go through, the work would be done, and at a convenient time the purported slave would produce evidence of freeborn status and an illegal sale, and be set free.  If no one complained and no one got hurt, the Roman courts wouldn’t take any notice. 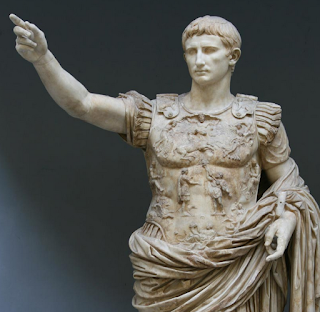 If no one got hurt, that is.  Romans could be horrifyingly cruel to slaves, and it was perfectly legal, but needless cruelty was considered not quite the thing, and it was generally not socially acceptable.  The poet Martial once made a rather pointed epigram about a master who had cut out his slave’s tongue, noting that, while the slave could no longer talk, everybody else could — and did.  That was the end of one man’s social — and thus political — career.
The Emperor Augustus did better than that.  He once attended a dinner given by a man who was notorious for his cruelty to his slaves, and one of them broke a valuable goblet while serving.  Augustus immediately broke the goblet he was using, effectively letting the master know he would be out of favor with the First Citizen if he punished the slave for the same "accident."  And the proscription lists for people who were out of favor or had just annoyed someone with power were very recent memory.  If you were out of favor, you’d better commit suicide quick so your property would not be confiscated and your family left to starve.
So, obviously, a slave was not anyone you would trust with huge sums of money . . . or was he or she?
That’s what we’ll look at on Monday.
#30#
Posted by Michael D. Greaney at 6:00 AM