Last week we started looking at the “Parable of the Talents,” and found what seemed to be one or two anomalies in it.  Not in the message, of course.  That is pretty straightforward: use your God-given talents or you will answer for it.  What seemed a little odd was the parable itself: a slave owner hands over large sums of money to some slaves and goes on a trip. 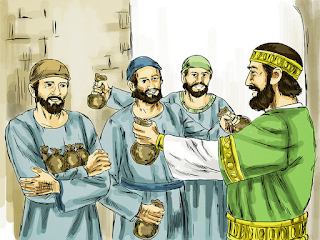 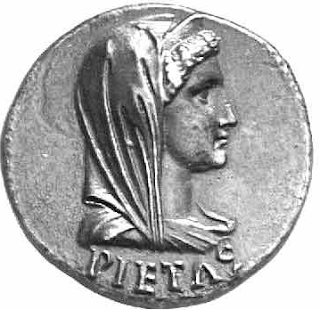 But how does this apply to the world of today?
That is what we will look at tomorrow.

*In his Roman History, Livy related the story about a man whose father was believed to have been killed in the war against Hannibal.  When he ran for office, his enemies discovered his father was still alive, a captive, and let everyone know that the man was running for office without first asking his father’s permission — a gross violation of pietas!  The authorities were inclined to dismiss the charge on the grounds of it being a technical violation and not required due to the presumed impossibility of getting permission.  Instead, the man gathered his friends and slaves and organized a rescue.  He then went to the Forum and, in the presence of all the citizens, knelt before his father in the prescribed manner and asked permission to run for office.  He, of course, won by a landslide.
#30#
Posted by Michael D. Greaney at 6:00 AM