The Just Third Way continues to move forward.  There have been a number of events this week suggesting that the ideas may be starting to work into the general consciousness, and may soon start stirring up some enquiries about solutions to some of the more pressing world problems.

• On Monday of this week the CESJ core group had a very good lunch meeting with Will Bullock of the National Cooperative Business Association (NCBA).  Arranged by Joseph Recinos, the discussion focused on the importance of widespread ownership in a “living” economy.  Ownership is not just for the rich and workers, but for everyone, especially in an economy where technology displaces human labor at an accelerating rate.  Production alone does no good, unless it generates consumption power at the same time by the operation of Say’s Law of Markets.  The NCBA is interested in discussing “new directions” for the expanded ownership movement, and Mr. Bullock was intrigued by the potential of the Just Third Way.

• A law professor at the Catholic University of Argentina sent us a link to the message Pope Francis sent to the recent Plenary Session of the Pontifical Academy of Social Sciences held April 28 through May 2, 2017 that had the theme, “Towards a Participatory Society: New Roads to Social and Cultural Integration.”  While the message makes no mention of widespread capital ownership as the best means of delivering justice and for most people to participate in society — something Aristotle, Leo XIII, Pius XI, and many, many others stressed almost to the point of redundancy — there is language that can be understood in a “Just Third Way way” as coming up to the brink, but not quite managing to make the final leap.  That is, there is language that paves the way for acceptance of the three principles of economic justice, but does not mention the principal application of those principles, widespread private property in capital, which is absolutely essential to their successful implementation.  Conclusion: Pope Francis has made an excellent start, now he needs to get down to brass tacks and give guidance on some specifics, e.g., Capital Homesteading. 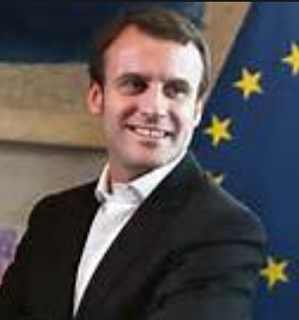 • Mark Reiners alerted us that, “[t]here are very important Congressional Committee hearings currently underway as part of the assessment for prospective major tax reform.  It might be very constructive for the network of binary economists and Just Third Way advocates to join [him] in sending the excellent blog installment, ‘The Ronald Reagan of France,’ to key members of both parties.  I plan to make some time in the coming days to do just that.”  Mark cautions, however, that “any binary economics or Just Third Way proponent is likely to find it extremely frustrating to listen to this back-and-forth predicated on conventional wisdom with respect to ‘productivity’, capital expansion, and jobs.”  Norman Kurland suggested that since most members of Congress won’t understand why their focus on productivity that ignores who or what is producing, capital expansion without bothering about who owns the expansion, and jobs created only to generate income is off base, people try to get them to focus on the issue of power: people who own have power (and votes), while people who do not own do not have power . . . and tend to use their votes to take property and power away from others, promoting conflict and disharmony.  Politicians should be confronted with the fact that happy people elect good representatives, while angry people elect demagogues.

• Some recent postings on this blog seem to have been stirring up some excitement.  In particular, “The Ronald Reagan of France” (above) about President Macron of France, generated quite a bit of interest, especially in Poland, thanks to a shared comment by an official with the National Bank of Poland (the central bank of Poland).  We have moved the translation gadget (Google’s term) up to the top of the webpage to make it easier for people whose first language isn’t English to get something out of the blog, although we can’t vouch for the quality of the translation (to say the least).
• “The New Christianity” also seems to have sparked a bit of controversy, especially among people who think that “New Christianity” or “Neo-Catholicism” actually have anything to do with Christianity or Catholicism, since both were recognized euphemisms for utopian or religious socialism in the nineteenth century.  In fact, the founders of the New Christian movement, Henri de Saint-Simon, Charles Fourier, Father Félicité Lamennais, and others, were quite explicit that the day of Christianity, especially Catholicism, was past, and it was now time for it to give way to what was variously called “the Third Dispensation,” “the Religion of Humanity,” and (of course) “the New Christianity,” “Neo-Catholicism,” and many, many, others, with new terms being invented constantly, down to the present day.  Common to all of them is the subordination of everything (God and the natural law included) to whatever specific goal they worked to attain, which goal changed constantly, according to what was most strongly desired at the time.  Interesting historical note: Charles Fourier, whose brand of socialism was particularly strong in the United States thanks to his disciple Albert Brisbane, believed that once socialism was triumphant, the oceans would lose their salinity and turn to lemonade.
• Then there is the currently running series on the wage system and what to do about it, which kicked off with “Wage and Other Slavery” yesterday, and which Dr. Samuel Nigro immediately shared with his entire network.  Surprisingly, while most people found it interesting, especially the historical background that gave some of them new insights into the “Parable of the Talents” in the Bible, a few (very few) seemed outraged that we would dare use their religion to make a point about a non-religious issue.  The bizarre idea that what is true in one area or at one level of consciousness isn’t necessarily true in another area or at another level of consciousness — what G.K. Chesterton called “the Double Mind of Man” — seems to be the prevalent philosophy today, as seen in moral relativism and “situational ethics.”  It accounts for the popularity in some circles of books like the Fabian socialist E.F. Schumacher’s Guide for the Perplexed, which builds on the assumption that truth isn’t necessarily true. 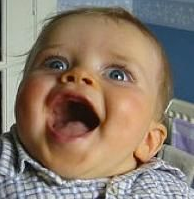 • Here’s the usual announcement about the Amazon Smile program, albeit moved to the bottom of the page so you don’t get tired of seeing it.  To participate in the Amazon Smile program for CESJ, go to https://smile.amazon.com/.  Next, sign in to your account.  (If you don’t have an account with Amazon, you can create one by clicking on the tiny little link below the “Sign in using our secure server” button.)  Once you have signed into your account, you need to select CESJ as your charity — and you have to be careful to do it exactly this way: in the space provided for “Or select your own charitable organization” type “Center for Economic and Social Justice Arlington.”  If you type anything else, you will either get no results or more than you want to sift through.  Once you’ve typed (or copied and pasted) “Center for Economic and Social Justice Arlington” into the space provided, hit “Select” — and you will be taken to the Amazon shopping site, all ready to go.
• We have had visitors from 28 different countries and 40 states and provinces in the United States and Canada to this blog over the past week. Most visitors are from the United States, South Africa, Poland, Nigeria, and the United Kingdom. The most popular postings this past week in descending order were “The Ronald Reagan of France,” “The New Christianity,” “The Purpose of Production,” “News from the Network, Vol. 10, No. 22,” and “What is Socialism?, Why It’s Wrong.”
Those are the happenings for this week, at least those that we know about.  If you have an accomplishment that you think should be listed, send us a note about it at mgreaney [at] cesj [dot] org, and we’ll see that it gets into the next “issue.”  If you have a short (250-400 word) comment on a specific posting, please enter your comments in the blog — do not send them to us to post for you.  All comments are moderated, so we’ll see it before it goes up.
#30#
Posted by Michael D. Greaney at 11:27 AM