This has been an interesting week for the Just Third Way.  Work is progressing on our analysis of the 1916 Easter Rising that took place mostly in Dublin a century ago.  We have found a number of original sources most people seem to be passing by, and — of course — are able to put a unique twist on things from the perspective of the principles of economic and social justice.  Now to the news: 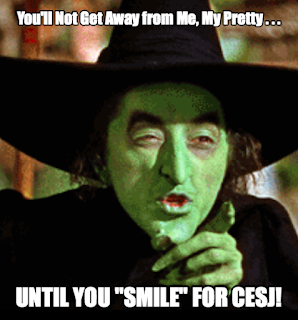 • On Monday the CESJ core group had lunch with Father Jerry Pokorsky, pastor of St. Michael’s in Annandale, Virginia.  We had a most interesting discussion on the Fourteenth Amendment to the U.S. Constitution as well as a number of other subjects.  The Fourteenth Amendment is a long-neglected key to the success of the Pro-Life movement.  It was intended in part to overturn the notorious Dred Scott case, Scott v. Sandford (60 U.S. 393 (1857)) in which the Supreme Court ruled that Dred Scott was not a “person” (i.e., has no rights) as that term is used in the Constitution, and therefore could not sue for his freedom, even though he had been kept as a slave in a state in which slavery was illegal.  As William Crosskey, possibly the premier American constitutional scholar of the twentieth century, remarked, “This, to the present-day mind, seems an unbelievable decision; but to those familiar with the political demands of the South of the time when the decision was rendered, such a tenor in the Court’s holding will not be difficult to credit.  For it was exactly what the South, for a long time, had been demanding.”  (William Crosskey, Politics and the Constitution in the History of the United States.  Chicago, Illinois: University of Chicago Press, 1953, 1,089.)  The Fourteenth Amendment “re-secured” every human being’s natural rights, among which are life, liberty, and access to the means of acquiring and possessing private property, thereby reaffirming that, under the U.S. Constitution, all rights originate in the human person and are granted to the State, not the other way around.  This did not sit well with the U.S. Supreme Court, so in 1873 the Court nullified the Fourteenth Amendment with its opinion in “the Slaughterhouse Cases.”  The Court did this by mis-citing the opinion in Scott v. Sandford, claiming that the previous Court had said that Scott could not be a citizen, and by its vague wording of the opinion.  This perversion of the clear sense of the Amendment was used as the basis for Jim Crow laws in the South, and as a precedent in Roe v. Wade (410 U.S. 113 (1973)).  As Crosskey pointed out, “So, the Court’s opinion in the Slaughter-House Cases was, undoubtedly, most craftily written; written so as to enable the Court, with a good face, in future cases, to jump either way: to observe the intended meaning of the Privileges and Immunities Clause if that seemed unavoidable, or, in the alternative, to destroy the clause utterly if this seemed safe.  And the fact that this elaborate preparation was made also means that the majority Justices saw and fully comprehended the possibility of the intermediate, plain, and sensible meaning of the Privileges and Immunities Clause here expounded, to which, indeed, Justice Bradley called attention, in his dissenting opinion.  So, the majority must, as the minority charged, already have determined, if they dared, to destroy this new provision of the Constitution [i.e., the Fourteenth Amendment] completely.” (Crosskey, Politics and the Constitution, op. cit., 1,130.)  A point we emphasized with Father Pokorsky was that, given the “legal basis” for Roe v. Wade, the real target is not the Supreme Court, but Congress — and the effort should be to persuade Congress to take back its power and correct legislatively the transformation wrought by the Supreme Court in the interpretation of the Constitution.  This, however, can only be effective if ordinary people have the power to do so, and that power will only come from widespread direct ownership of capital.  That is why CESJ recommends that the Pro-Life movement should adopt an “economic agenda” that takes this fundamental political truth into account.  Does this mean stopping everything they’re doing now?  Of course not — this is adding something, not taking anything away.

• The Bank of Japan has announced it is going with “negative interest rates” in order to stimulate growth.  That is, people who purchase government bonds will have to pay for the privilege of doing so instead of receiving interest payments.  This, presumably, gets the country out of the Keynesian “liquidity trap” in which, regardless how low the interest rate, businesses aren’t borrowing.  The problem, of course, is that such a move goes in exactly the wrong direction.  Proper use of the commercial and central banking system does not entail creating massive amounts of new money backed by government debt, but in first identifying productive capital projects, and creating the money to finance the projects, backing the new money with the present value of the future increase in production of marketable goods and services.

• As part of our research on the Irish “Easter Rising” of 1916, we discovered that “the Liberator” Daniel O’Connell (who was the “prime mover” in achieving Catholic Emancipation in Great Britain and Ireland in 1829, which led to securing civil rights to Jews and other non-Christians) and William Cobbett, whom G.K. Chesterton called the “Apostle of Distributism” (and thus of expanded capital ownership), were not only acquainted, but on-again, off-again friends.  As O’Connell wrote to Cobbett in November 1834, “My dear Sir, You may imagine how I am surrounded, but I am most desirous to see you. It, however, must (for reasons) be HERE. I want to thank you most heartily for all the good, the unmixed good, you have done for Ireland, and the still greater good your visit and your knowledge of the state of this country must produce. I will be at home all the evening and all the morning to-morrow; and all the time — anglicè — any time you choose. Accept my warmest thanks in the name and on behalf of Ireland, and believe me always, with sincere regard, Yours faithfully, DANIEL O'CONNELL.”  CESJ has republished a Just Third Way Edition of Cobbett’s The Emigrant’s Guide.