So, if you’re tired of watching the gyrations of the stock market (if you’re convinced they actually mean anything, that is), entertain yourself with something more significant:

• We are still working out the details needed to launch a major fundraising drive to get the resources to translate a number of significant articles (e.g., “Pope Francis and the Just Third Way”) and other material that present concepts that are key to solving the increasing number of crises in the world.  This will be geared toward obtaining grants from foundations, and not from the general public, at least at this stage, and not for at least a year and a half.  This will almost certainly be launched before the end of our fiscal year on September 30, and we could be seeing results as early as January of 2016.  Of particular interest will be CESJ co-founder William J. Ferree’s key pamphlet Introduction to Social Justice (1948), and the Just Third Way Edition of Fulton Sheen’s Freedom Under God (1940).  We’re starting small, though, to test the waters, so to speak, and are looking initially at more translations of “Pope Francis and the Just Third Way” and the paper on the Greek debt crisis currently being edited by an official with the National Bank of Poland, scheduled for publication in September. 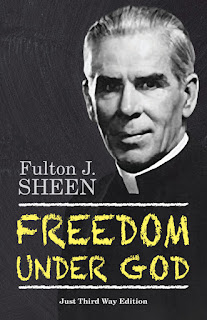 • With the approach of Labor Day, Guy “The Fulton Sheen Guy” Stevenson has once again made his pitch for “Capital Ownership Day.”  As he says, “If we as a nation, were all counting ‘capital ownership’ numbers every Friday (monthly, and quarterly), we wouldn't need to keep any records on unemployment. Each year it gets harder and harder to comprehend and hence to explain, all the reasons why we don't have a Capital Ownership Day. Perhaps if we had a Department of Capital Ownership instead of a Department of Labor; or a Federal Dept. with a dual mandate: Expand Capital Ownership Now!”  Guy, as you probably know, spearheaded the republication of the Just Third Way Edition of Fulton Sheen’s “long lost” classic, Freedom Under God, and put in a great deal of time and effort tracking down the various right holders, if any.  We discovered that Sheen had never owned the rights to the book, and that the copyright had lapsed into the public domain January 1, 1968, accounting for the fact that the work was practically unknown, even by the people promoting Sheen’s cause for canonization!  Guy also tracked down the owner of the copyright of the photograph we used for the cover — it is still owned by the photographer, who is still alive — and the photographer was so pleased that someone actually bothered to ask permission to use a photo everyone else was stealing that he let us use it for free!  Guy also found contemporary newspaper stories relating attacks on Sheen by certain Catholic academics, possibly explaining why Sheen’s tremendous intellectual attainments and contributions to the understanding of Catholic social teaching are so little appreciated today, and people focus instead on his admittedly profound spirituality and magnetic personality.

• We’ve been reaching out to a number of people in key positions to strategize before attending the World Meeting of Families in a few weeks.  We believe the event offers a very good chance both to present the Just Third Way as a potential means to restore power to the Family and secure it against future intrusion and control by the State. 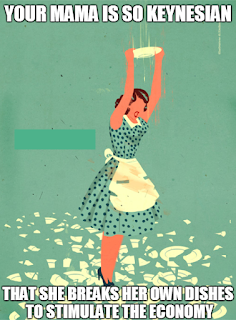 • As of this morning, we have had visitors from 49 different countries and 49 states and provinces in the United States and Canada to this blog over the past two months. Most visitors are from the United States, Canada, Australia, the Netherlands, and the United Kingdom. The most popular postings this past week were “Halloween Horror Special XIII: Mean Green Mother from Outer Space,” “Thomas Hobbes on Private Property,” “Minimum Wage or Profit Sharing,” “The Population Bomb,” and “Aristotle on Private Property.”