If you’ve been reading this blog over the past couple of weeks, you might start wondering if the financial system has any relevance to the real world at all — and we couldn’t blame you.  After all, as Adam Smith pointed out in The Wealth of Nations over two hundred years ago, the basic postulate of economics is “Consumption is the sole end and purpose of all production.”  Wall Street seems geared toward making money as an end in itself, not as a tool to facilitate production or consumption.

Others think there must be something rational behind all the nonsense.  If they’re lazy — but not quite as lazy as the foil hat wearers (actual and metaphorical) — they accept things the way they are and condemn anyone who complains about it as a bunch of bleeding heart liberals. 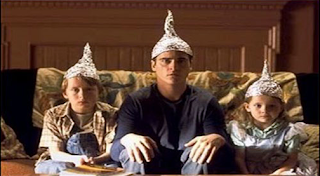 A small-but-growing number of others are finding out about the Just Third Way, which not only admits that there are problems with the system, but how to fix them, and what the system should look like when you’re finished.  The problems with the system we’ve already covered, at least in part.  The “how” we’ve also covered in previous postings: the act of social justice and the principles of economic justice.  Today we’ll look at the proper roles of banks and the stock market. 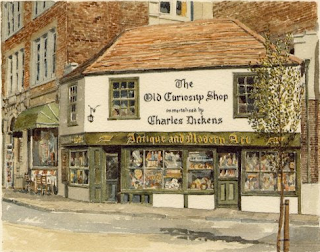 That’s it.  That’s all a stock market does: trade in “used” debt and equity.  It’s a Second Hande Shoppe, not a primary market for anything.

So what’s going on with the banks pouring money into the stock market instead of making loans to business with the money?  After all, the rationale seems to be that the government is creating all kinds of stimulus money, and it’s ending up in the stock market, where (as we’ve seen) it isn’t “creating jobs”, but piling up billions in profits for hedge fund operators, who use it to buy existing shares for themselves, not float new issuances for companies to finance new capital formation and “create jobs.”  (That goes in quotes because “creating jobs” is another problem we’ve dealt with from time to time on this blog.)

One, the government can use the money to “create jobs,” subsidize manufacturing, or otherwise interfere directly in the market by manipulating demand.

Two, the government can loan the money at near-zero interest to the commercial banks, which can use it to make loans to businesses, interfering in the market by allocating credit based on the amount of existing money instead of being determined by the financially feasible projects that need financing.

Three, the government can loan the money at near-zero interest to the commercial banks, which are tied in with the investment banks, and use it to make enormous profits by pouring money into the stock market, feeding the speculative frenzy, and artificially raising share prices.

All three are bad, for reasons we will see starting in the next posting in this series.