Religion and Science, I: What Galileo Proved

In one of his earliest and, for many readers, least favorite books, The Pilgrim’s Regress (1933), C.S. Lewis’s protagonist from “Puritania” —very closely modeled on Lewis himself — meets with “Mr. Enlightenment,” who takes him up in his pony-drawn cart and asserts that there is no “Landlord,” the God-persona in the allegory.  “John,” the protagonist, ponders this a moment, then asks —


“But how do you know there is no Landlord?”
“Christopher Columbus, Galileo, the earth is round, invention of printing, gunpowder!” exclaimed Mr. Enlightenment in such a loud voice that the pony shied.
“I beg your pardon,” said John.
“Eh?” said Mr. Enlightenment.
“I didn’t quite understand,” said John.
“Why, it’s as plain as a pikestaff,” said the other.  “Your people in Puritania believe in the Landlord because they have not had the benefits of a scientific training.  For example, now, I dare say it would be news to you to hear that the earth was round — round as an orange, my lad!”
“Well, I don’t know that it would,” said John, feeling a little disappointed.  “My father always said it was round.”
“No, no, my dear boy,” said Mr. Enlightenment, “you must have misunderstood him.  It is well known that everyone in Puritania thinks the earth flat.”

That, of course, settled the question.  “John” only thought he knew the world was round, and the fact that the world is round instead of flat proves scientifically that God does not exist.  “John” was wrong, of course, because “everyone knows” that stupid people like “John” believe that the world is flat.  If they say otherwise, they’re obviously lying.  SciencehasprovedthatGoddoesnotexist.

Except, of course, that “science” couldn’t prove any such thing.  “Proof” is a demonstration that something is so, not that something is not so.  It is therefore irrational to claim that reason proves that non-existence exists.  As the clincher, people almost always bring up “the Galileo Affair.”

The problem is that “the Galileo Affair” (okay, we’ll stop putting in the quote marks) doesn’t clinch the case against religion interfering in science, but against science interfering in religion!

The issue was the proper interpretation of certain passages of Scripture.  Were these to be understood as statements of fact, or as allegories and metaphors?  This is an important point, because in Catholic belief, the Bible is infallible . . . but how is it to be interpreted?

The former interpretation would be the literal one, while the latter would be a metaphorical one.  Absent hard evidence, e.g., a newspaper report in The Heavenly Gazette on God’s activities that week, the Catholic Church has taught that it should be understood metaphorically.

That was an easy one for the Church.  But what about the passages in the Bible that were written and read by people who assumed — as scientists had been telling them for centuries and their own senses confirmed — that the sun goes around the earth?  Even today we say that the sun rises in the east and sets in the west . . . even though we know damned well that — as far as the solar system is concerned — the sun is fixed in the center and the earth is revolving on its own axis making it appear as if the sun is rising and setting.

Yes, we “know” it . . . but can you prove it?  Not give the pat response, “Science has proved. . . .”  No, present your logically consistent proof supported by empirical evidence, and be able to answer objections — can you do that?  Chances are you can’t.  Neither can I.

And, believe it or not, neither could Galileo. 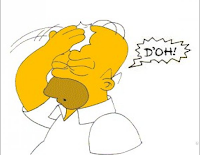 As a matter of fact, despite popular acceptance long before, the heliocentric theory was not actually proved scientifically until 1838 when the German mathematician and astronomer Friedrich Wilhelm Bessel (1784-1846) made the first successful measurements of stellar parallax for the star 61 Cygni.  This proved, absolutely, no question, the earth revolves around the sun, or the angle of observation would not have changed from the perspective of an observer on earth.