As can be seen from the news items below, things are starting to move in the right direction.  As can be seen from the number of articles that are getting accepted, we are getting more effective at spreading the word about the Just Third Way.  That being the case, we won’t waste your time with news about Wall Street and other fantasy lands, but get straight to the news —


• Jean-Marie Bukuru has been having a series of very good meetings in regards to his quest for political asylum and to advance experimentation into new crops for underdeveloped areas, such as kenaf and duckweed.  Kenaf in particular holds great promise.  It was grown as a food source in ancient Egypt thousands of years ago, but also has many other potential applications, including ways to clean polluted soil.

• Yesterday Homiletic and Pastoral Review accepted an article prepared by the CESJ core group Justice University team on “Pope Francis and the Just Third Way” for publication later this month.  The editor of the magazine, one of the oldest in the U.S. that shifted to an online format in 2012, suggested the article in response to certain misleading statements about CESJ made by a prominent Catholic intellectual.  In response to CESJ’s original communication to the editor, which was copied to the critic, the critic immediately removed dozens of other misleading and incorrect statements pertaining to CESJ from the internet.

• Another article on “Putting Pope Francis in Perspective” from Justice University's ongoing publication program has been submitted to “Catholic365,” an internet publishing hub focusing on articles primarily of interest to Catholics.  The article points out that the negative things some people are saying about Pope Francis are really nothing new.  Another pope who served in the office during a period of great social upheaval was criticized even more harshly than Francis: Pope Leo XIII, whom some called senile and others claimed he was under the control of the Jesuits as well as both the modernist and traditionalist factions in the Catholic Church.  Today, of course, most Catholics view Leo XIII as a pillar of orthodoxy.  All that Francis needs is a viable solution to the problems with which he is confronted, and we believe that he will be as revered as any of his predecessors.  This we believe can be found in the three principles of economic justice and the four pillars of a just market economy.

• CESJ’s Director of Research, Michael D. Greaney, was cited prominently in an article for small business solutions, “25 Top Business Plan Tips from the Pros.”  The “tip” was to look into the Business Plans for Dummies book before deciding whether to hire a professional to prepare your business plan for you.  (We should mention that a member of the CESJ Board of Counselors, Father John Trigilio, is the author of a number of the “Dummies” books, including Catholicism for Dummies.  CESJ has a first edition.) 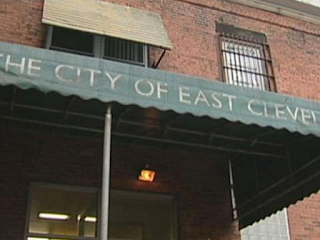 • Earlier today the CESJ core group discussed the 2003 “Master Plan” for the city of East Cleveland.  While the approach is conventional, CESJ was able to see a number of parallels with East St. Louis, and the proposal for a city in Illinois could easily be adapted for a similar situation in Ohio.

• As of this morning, we have had visitors from 50 different countries and 45 states and provinces in the United States and Canada to this blog over the past two months. Most visitors are from the United States, the United Kingdom, Canada, Switzerland, and Australia. The most popular postings this past week were “Halloween Horror Special XIII: Mean Green Mother from Outer Space,” “Thomas Hobbes on Private Property,” “Crisis of Reason, III: Symptoms of Irrationality,” “Religion v. Science? Or Faith AND Reason?” and “Crisis of Reason, II: The Source of the Problem.”