Does Vladimir Putin REALLY Believe This? 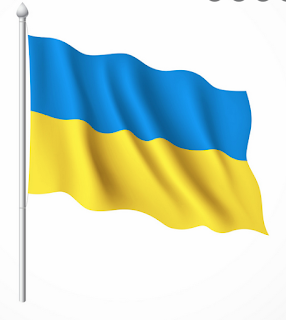 Analyses of Putin’s annexation of Crimea, funding insurgency in the Donbas, and the current “special military operation” in Ukraine have been hampered by the fact that no one, including Putin, seems to know why it was started and what it is supposed to achieve, at least on a permanent or consistent basis.  Was it to liberate ethnic Russians?  Respond to NATO aggression?  Acquire territory?  De-nazify and de-militarize Ukraine?  Make Russia great again?  Or some other excuse?

Whatever justification is given, even by Putin, the one certainty is that it will be denied whenever it is convenient or useful to do so.  Additional threats will then be made against Ukraine, the United States, NATO, or anyone who opposes Russia, or whom Russia believes might threaten them . . . such as Switzerland, Lichtenstein, Andorra, San Marino, Montenegro, and Monaco and other “unfriendly nations.”  The bottom line is that no one can say what Putin will do next, except continue a war of doubtful utility and horrific cost.

Is the Russian president a genius of such extraordinary subtlety that no one can match his brilliance?  Or is he someone with an ordinary intellect who finds himself out of his depth and a virtual slave of circumstance?  Does he believe his own rhetoric about liberating Ukraine or the Russky Mir (“Russian World”) and the Manifest Destiny of Russia to rule the world?  Or is he a sociopathic manipulator?

And why can’t he keep his shirt on?

There is no easy or simple answer to the question why Putin has risked everything on a venture so questionable that no one seems able to discern his true motives.  A large part of the problem is that few world leaders in Church and State realize how fundamental, even apocalyptic the underlying issues really are.  Instead, they waste time, resources, even lives squabbling over matters that, considering the current condition of the world, are trivial and that, ironically, could be resolved in some cases with the stroke of a pen if academics and politicians locked into old ways of thinking could be brought to their senses.

Sorry.  We forgot who we were talking about there for a moment.  While not unheard of, common sense seems to be in chronically short supply in both Academia and Politica these days.

Making matters even more complex is the fact that we are looking at a three-way struggle that looks like a two-way struggle, with all kinds of other things thrown into the mix.  Depending on who you’re talking to, it’s either corrupt and murderous Ukraine invading Russia and slaughtering thousands of Russians (admittedly a schtick that is wearing a little thin as the evidence to the contrary mounts up), or an insane dictator invading another country for no discernible reason, or at least none that holds up under examination, and destroying everything in his path in an orgy of psychotic hatred not seen since the Nazi attempt to exterminate the Jews and other culture destroyers in their “final solution.”

From the Just Third Way perspective, what we have is an utterly corrupt collectivist dictatorship with a religious whitewash in Russia invading a somewhat secularized and less corrupt (but trying to work at it) individualist progressive (in the bad sense) democracy in Ukraine.  On the outside, but struggling to get in and take a place at the table, is personalist liberal democracy.  Both Russia and Ukraine could solve many of their problems (once the big problem is ended with Russia out of Ukraine, that is) by implementing the Economic Democracy Act.

We could see Volodomyr Zalenskyy buying into the Just Third Way, but not Putin.  Putin’s successor might be another matter, but we’ve found a few things about Vladimir the Shirtless that suggest it would be highly unlikely to end a war he started except by completely destroying his victim.  He can’t surrender or give up.

Why?  We think that the reason is something called “the New Chronology” . . . which has got to be the most whacked-out conspiracy theory ever developed by anyone, anywhere.  Here’s a published description of it from “An Oxford Historian”:

Conspiracy Theorists are the bane of the academic. After years of research, experimentation and peer-review, some random person on the internet appears and instantly disregards your work, choosing to accept a sinister cover-up instead. I've written before about how these conspiracy theories can often be actively damaging and dangerous, rather than simply laughable. But today, I'd like to look at the craziest conspiracy of all — the ‘New Chronology’.

The central beliefs of this conspiracy are (alarmingly) clear: nothing that happened before AD800 (and mostly AD1000) was real. You read that correctly. . . .

Sixteenth and seventeenth-century academics, in creating a standardised chronological history, are said to have (accidentally or maliciously) misinterpreted the date of past events. This supposedly needs correcting. Fomenko's conspiracy is therefore slightly more complex than simply denying the existence of the events of an entire millennium (and this is perhaps why it has been accepted by so many under the guise of ‘rational science’). Those events that we think happened in the first millennium AD are, he suggests, misunderstandings of later medieval events — they occurred, but we misunderstand their context and occasion. What we know as ancient Rome existed, but in the medieval period. Jesus was crucified, but in Constantinople in the 12th century.

And that’s just the tip of the very tip of the iceberg.  If an estimated 30% of the Russian people didn’t take this load of . . . stuff very seriously, we’d say it was a giant hoax, but apparently even Putin believes it, which makes for some interesting conclusions.  Even if Putin himself didn’t believe this mountain of horse hockey, he’d find it useful as a tool to manipulate the Russian people.

The bottom line is that whether he believes it or not, Putin cannot afford to quit the war without “betraying” the vision of the Russky Mir, the Russian World, a sort of temporal paradise (for Russians) that anyone who opposes must pay the price.  Stop the war?  That would take some measure of sanity, and the one thing the New Chronology is not is sane.