Vladimir Putin and the New Christianity 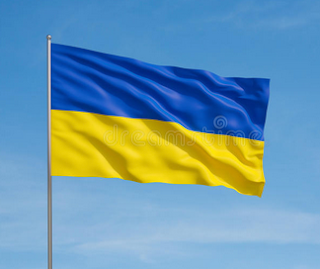 In the previous posting on this subject, we noted that Russian dictator Vladimir Putin’s worldview is not entirely connected with reality, i.e., does not constitute “truth.”   Truth, of course, means conformity with reality.  Anytime you hear someone prating of a higher truth that goes beyond reality, he (or she) is lying, is mistaken, or is simply ignorant.

Over the past two centuries or so, however, the idea has spread that people can create their own realities.  This is consistent with the shift in the discernment of truth from empirical observation and logic, guided and illuminated by faith, to faith alone.

When the accepted means of discerning truth is faith alone, then anything goes . . . if one is strong enough to force one’s vision or version of truth on others; might makes right.  The English journalist and social commentator G.K. Chesterton called this separation of faith from reason “The Double Mind of Man.”  Heinrich Rommen in his book on the natural law called it pure moral positivism.  It is the basis of what Pope Gregory XVI and later Pope Leo XIII called rerum novarum, the “New Things” of socialism, modernism, and the New Age.

Why drag in religion?  You’ll have to ask Putin that, as it is at the heart of his vision of the “Rusky Mir,” the “Russian World,” a “religiously tinged” myth in which Russia (in the person of Vladimir Putin, evidently) is, in the words of Tara Burton, “The spiritual and cultural inheritor of Roman and Byzantine Empires, the center of a distinctly anti-European dominion one powerful (and authoritarian) enough to withstand the perceived threats of liberal modernity, multiculturalism and progressive values.”

Ironically, once we look at the version of Christianity underpinning Putin’s vision, we find that it is not actually Christian at all in any meaningful sense.  In fact, a good case can be made that it isn’t even what has traditionally been known as “religion.”  It is what Chesterton called the invention of a new religion (actually a new idea of religion) under the name of Christianity — “the New Christianity,” as one of its founders, Henri de Saint-Simon called it in his posthumous 1825 book with that title.

According to Saint-Simon, Christianity had been useful in its day, but that day was past. A new religion was needed to replace Christianity, not merely reform it along economic and humanitarian lines.  The plan was to “associate” all of society in a unified whole, integrating production with a moral code based on science.

Because the moral code would be scientific, objective, and presumably reason-based instead of faith-based or religious, it could be coercively enforced.  Society needed to be run by a religious authority, of course, but not one based on a traditional concept of God.  The people would become God, an immanent God of a divinized society that would replace the transcendent God of traditional Christianity.  God would change from an absolute Being, to an ever-evolving Becoming.  Religion would essentially be the group’s worship of itself.

Further, society should be organized like a medieval theocracy. Instead of a transcendent God as the basis of morality, people would share scientifically determined moral values and a common social vision.  There would be an industrial hierarchy in place of civil governors or ecclesiastical authorities. Saint-Simon’s industrial hierarchy would have economic, political, and military power, the last of which would fade away as there was an end to conflict between classes and universal prosperity and harmony ensued in a scientifically and morally directed economy. Democratic only in name, the whole of society, construed as exclusively economic in nature.

After Saint-Simon and the other proto socialists, innovations came fast and furious.  In particular — at least as it relates to Putin — Theosophy and its offshoots had a great effect on how people viewed the world.  Weirdly, in light of Putin’s obsession with Nazism, his thought derives from the same sources that underpinned Nazi ideology and its concepts of race and the secret knowledge open only to initiates of the inner circle.  In many cases it is only necessary to substitute “Slav” for “Aryan” to make the rhetoric applicable.  Putin’s Rusky Mir is just a Slavic version of Hitler’s Großgermanisches Reich shifted eastward.

Still, despite the seeming resemblances between Putin and Hitler, there are a few differences that probably make no difference.  For example, it’s probable that Hitler didn’t actually believe the more esoteric occult theories that permeated Nazism.  He, of course (as is obvious) bought in completely to New Age and theosophical racial theories that formed the basis of the Aryan mythos and its hostility to Christianity and, especially, Judaism.  The occult mysteries and magic, however, were something that Hitler found useful in influencing and controlling others who did believe them.  They appear to have been a useful tool for him, nothing more.

Putin, on the other hand, may actually believe the created mythologies and improvised history of the New Christianity.  He seems to have bought in completely to the ideas of Alexander Dugin, a philosopher of sorts and a scholar in the Occult whose writings appear to have been used as a guidebook on policy and politics by the Kremlin under the guidance of Putin.  Dugin is infamous for having in 2014 shrieked out his solution to the “Ukrainian Problem.”  As he ranted, the solution is to “Kill them! Kill them! Kill them!”  He was dismissed from a teaching post after that outburst, but is currently a standard fixture on Russian TV as a commentator . . . which he could not do if he did not have Putin’s full support.

Where Hitler (sort of) stuck to the facts in his history in, e.g., Mein Kampf, albeit grossly distorted and mis- or reinterpreted (and onto which he grafted a non-existent mythic past), Putin simply makes up history and facts to fit whatever agenda he is currently following.  Where the Nazis made no attempt to hide the death camps they created — and in fact kept meticulous records — Putin simply dismisses evidence of war crimes at, e.g., Bucha, as “fake news,” and hands out medals for heroism to rapists and murderers.  There is no damage to Mariupol except that caused by the Ukrainians themselves . . . according to Putin.  Corpses of Russian soldiers are piled in garbage dumps or left in Ukrainian custody and reported as “missing” instead of killed.  Ukrainians are at one and the same time brothers, and vermin to be exterminated.  A war is not really a war but a special military operation that was supposed to take a few days and is now a day into its fourth month, at a cost far exceeding that of nearly a decade in Afghanistan.

At the heart of the New Things and thus of Putin’s worldview is the idea that virtue (or what he thinks of as virtue) can and should be imposed by force.  Further, killing anyone who doesn’t go along with the program is justified on the grounds that they are not virtuous and thus — literally — not fully human, or even human at all.  Thus, if the mayor of Kyiv allows a “Gay Pride” parade, it is the self-imposed task of God’s Chosen Ones to punish such ungodly criminals and force them to live right or die.  That’s why Putin can call his invasion a Holy Crusade with a straight face.  Might makes right.

In reality, the solution to the problems of the world is not to impose one’s version of morality by force, but to carry out acts of social justice to reform institutions so that people can have access to the opportunity and means to become virtuous . . . on their terms, not Putin’s.  If the agenda of the LGBT and whatever other initials have been added is a danger to you, the proper response is not to kill all the LGBTs, etc., but to empower people through capital ownership to resist the intrusion of their agenda, or anyone else’s agenda, for that matter, into your life.  Personally, this writer thinks that a lot of these things people find so objectionable will disappear of their own dead weight once ordinary people have power over their own lives, but that’s an experiment we’d like to try . . . but we won’t do it by starting wars and killing anyone and everyone who disagrees with us.