The Five Levers of Reform, Change and Rebuilding 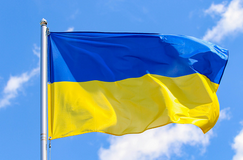 As the war in Ukraine drags on, even after Putin’s rousing Victory Day speech (described by one news source as “treading water” and by another as a tacit admission of defeat), President Zelenskyy still has the three goals he has had almost from the beginning of the first, greatest, and most unnecessary European war of this century:

·      Most immediately, obtaining the resources to support the defense of Ukraine,

·      Short- to mid-term, financing the rebuilding of Ukraine (which has already begun), and

·      Long-term, structuring a Russian indemnity so as not to bankrupt Russia, but also avoid having a similar situation occur again.

We have already mentioned how the financing can be carried out and how to structure the ownership system once the necessary monetary and tax reforms are in place.  Knowing how, however, is not enough.  People have to want to do it and go along with it.  As A.V. Dicey noted regarding the acceptance of laws, no law will be obeyed, or will be obeyed in a way not intended by the legislators, if “public opinion” has not first been formed to do so.

That is why today we focus on five key “levers of change” that we believe constitute essential groundwork to optimize the possibility of success of a program to implement the Just Third Way of Economic Personalism.  These are:

Since specifics will rely on the conditions and needs of Ukraine, we cannot say with absolute certainty what final form these levers of change should take. We can, however, insist that, to be consistent with personalism, both means and ends must conform to natural law. 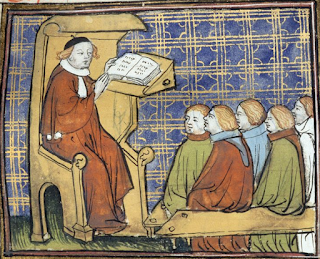 By “education” we mean the initial process of transmitting to each person in society a sound framework of universal principles. These are the tools with which to understand the world and new ideas, develop analytical and critical skills, and learn how to think as a free human being.

Once we have such a framework and principles, the task in social justice becomes one of teaching the teachers. One cannot teach what one does not know. From the perspective of personalism, what is taught must conform to strict principles of natural law, personalism, and social justice.

It is also essential to make fundamental changes not merely in what is taught, but in how and to what end people are educated in the home, the schools, organized religion, and even the workplace. This is the “social charity phase” of the act of social justice. It consists of understanding the institutions in need of reform. This includes not merely learning the techniques or methods of social justice, but of the particular institution — that is, its place in the common good (its purpose) — and defining the problem in the institution that needs to be addressed.

Only after we have learned the principles of personalism and how to apply them to the social order using the techniques or methods of social justice are we able to carry out acts of social justice to create “structures of virtue.” By embedding this new paradigm into the fabric of society we can build an environment wherein people have the opportunity and means to become virtuous, that is, become more fully human.

When laws and institutions are unjust or flawed, the political nature of social justice and its role in establishing and maintaining the Just Third Way of Economic Personalism becomes essential.  One of the goals of education, therefore, should be the formation of a critical mass of change agents. This should start with a core of highly committed, disciplined, and articulate people who have internalized the principles of personalism and economic justice. These change agents should be organized into local groups all directed to the same general objective of the restructuring of the social order.

Well-organized groups should be formed in which the members have internalized the fundamental principles that define the group (solidarity), in order to develop and organize to implement an effective personalist program as an alternative to the disorder seen today in every sphere of life. This can have an effect far greater than the relatively small size of those groups might suggest, particularly when they focus on influencing key people in other groups, especially Academia and lawmakers.

Servant leadership plays an important role in the Just Third Way. As individuals, persons are particularly or directly responsible for becoming virtuous. Organized into groups, persons as members of groups are particularly or directly responsible for the virtue of the institutions within which they subside. All persons, whether as individuals or members of groups, have a general or indirect responsibility for the whole of the common good. 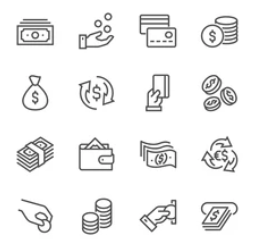 Asset-Backed, based directly on something with a tangible, measurable value sufficient to meet the requirements of consideration in a valid contract (this precludes a government issuing currency backed with its own debt),

·      Elastic, expand and contract directly with the needs of the economy,

·      Stable, not subject to fluctuations in value, and

·      Uniform, all units of currency have the same value.

Using money and credit as a lever of change to move to a just economic system assumes these fundamentals as a given. Applied properly, the right form of money can provide the financing for working models demonstrating democratized money power and universal access to capital ownership. To achieve this goal, we would want new money backed by productive assets, and no-interest (but not “no-cost”) credit to be channeled to productive business projects in ways that create new owners of the new capital being financed. 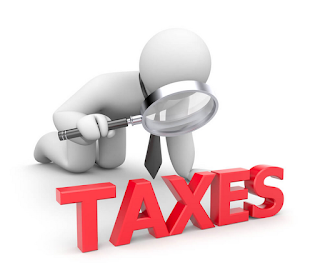 Tax policies must reflect and be consistent with the goal of turning as many people as possible into capital owners.  There must, therefore, be legislative initiatives introduced to encourage businesses to finance their growth and expansion in ways that also grow and expand the base of capital ownership in an economy. Tax policy must make it possible for those who own little or no capital to use pre-tax (i.e., tax-deferred) future savings to accumulate a significant amount of capital in as short a time as possible.

To avoid disrupting an entire economy by introducing a new system all at once, an industry or region could be used as a test case. Once the test case has proved the concept and demonstrated its desirability for the whole economy — accelerated non-inflationary economic growth, expanded purchasing power, increased government revenues from a restored tax base consisting of new capital owners — there could be an overhaul of the tax system as a whole to support and maintain the State and the common good. 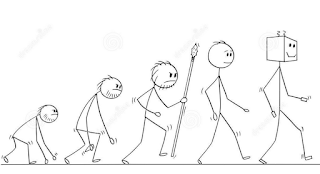 In the age of robotics and automation, as the rate of technological advancement accelerates, the rate of job creation slows. Finally a point is reached at which the number of jobs eliminated by technology exceeds that of new jobs created.

Of particular importance in this respect are the technological advances in any of the key sectors of the economy, especially energy, agriculture, and robotics. Financed in traditional ways, the ownership of new technologies becomes concentrated. This undermines the ability of most people to gain a living income through their labor or from future capital ownership opportunities.

Financed in ways that allow everyone to have an equal opportunity and means to become an owner of them, the new technologies would shift from having a disruptive effect on the social order to being capable of benefitting every person. Technological advances would no longer be seen as a threat to ordinary people, but as serving their pursuit of a better life.

The concept is simple, and can be applied in any society in which productive activity takes place. Specific details, such as required legislation, money and tax reforms, and so on, would have to be tailored to fit particular circumstances and cultures. 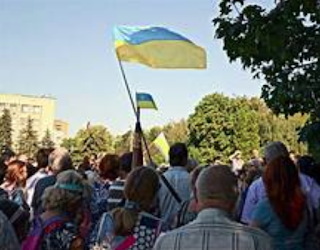 In general, however, people without capital would have equal access to no-interest (but not no-cost) commercial bank loans to purchase capital shares to be repaid with the full stream of future profits, with the new money only created to purchase specific capital, and the loan collateralized with capital credit insurance. As the new capital assets generate profits, the loan would be repaid with the future pretax stream of future profits, thereafter providing the new capital owners with a stream of dividend income.

By empowering every citizen with capital ownership and protecting the private property rights of all owners, democratic economic control and thereby political control would be restored to every person. This would gradually reverse today’s concentration of economic and political power in the hands of the relatively few who own capital. It would also spread future ownership and power to every citizen, without violating property rights of existing capital owners.

In addition, technological solutions are being developed to address the environmental crisis facing every nation, every human being, and all life on our planet. With expanded access to sound financing, more green technologies, renewable energy systems, and processes for more efficient, non-polluting use of natural resources can be developed and commercialized.

Given these levers of change — Education, Politics, Money and Credit, Tax Policy, and Technology — Ukraine’s social environment can be brought into closer conformity with human nature, that is, with the natural law. This would lay the foundation for a personalist society that promotes the full dignity and development of every human being as well as lay the groundwork for financing the war effort, rebuilding, and providing for a lasting peace.