Some Economic Specifics for Ukraine 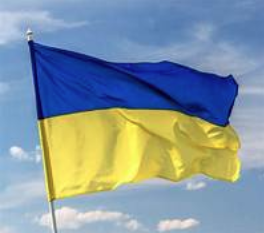 . . . in a general way, of course.  To paraphrase the military aphorism, no business plan survives contact with reality.  A business plan, like a book outline or a military campaign, must be flexible and readily adaptable to new conditions as they change.  If, on the other hand, a plan, outline, or operation is followed rigidly regardless of reality, only by chance will disaster be averted.

That is one of the greatest advantages of the Just Third Way of Economic Personalism.  It does not consist of a rigid program, but a set of natural law-based principles and specific goals within a framework that respects the dignity of each human person.  This permits a broad flexibility with respect to specific mechanisms, as long as whatever is done adheres to the fundamental principles.  It even allows for expedient actions, as long as these are not objectively wrong, and they are not viewed as any kind of final solutions.

Take, for example, redistribution.  There are times when, for the sake of expedience (which includes those increasingly frequent instances when there is no other recourse), people with a sufficiency of material goods should — and sometimes must — give a measure of them to people who are in serious want of them, sometimes even in danger of death.

Moral philosophy has hedged this kind of redistribution with many warnings and safeguards in an effort to prevent people from thinking that redistribution is anything other than a last-ditch expedient to meet emergencies.  Of course, that has not stopped many people from insisting that all the world’s problems would be solved if those with what some deem “excess” or “surplus” goods are forced to give them to others as a usual thing instead of as an expedient in an emergency.  That is the basic premise of socialism, which offends against human dignity and natural law by claiming that people do not ordinarily have a right to what they own, i.e., socialism abolishes private property.

Of course, the socialists often come back and insist that since many forms of socialism allow people to own things, they do not abolish private property.  The problem here is that this response displays a complete misunderstanding of private property.  Property is not the thing owned, but the absolute natural (i.e., God-given) right every human being has to be an owner, and the limited and social determined bundle of rights that define the exercise of ownership.  When the socialists say that people can only own things as a privilege instead of as an inalienable right, they are abolishing private property.

Why is private property important?  Because as many thoughtful people over the centuries have noted, power follows property.  If you wish to be a fully participating member of society, you must have the power to act as such, and the power to do so comes from private property, not from jobs or welfare.  Jobs and welfare, after all, put you in the position of taking orders from whoever controls your paycheck or welfare payment.  Capital ownership puts you in charge.  This is essential if you are to become truly virtuous in the Aristotelian sense, i.e., more fully human.  It’s also why Aristotle called nominally free people who own no capital “masterless slaves” because — in his opinion — no one can become virtuous without capital ownership.

Then there is the more pragmatic reason that workers who own capital are more productive than workers who work with other people’s capital, even if the workers and the capital are otherwise equal in all respects.  As several studies by the National Center for Employee Ownership in Oakland, California, have shown, worker owned companies that have profit-sharing and participatory management outperform otherwise comparable firms by an average of about 150%.

When the Soviet Union permitted workers on the giant collective farms to be assigned small plots for their own use, whether to sell or consume as they saw fit, it was noticed that the small plots were, meter for meter, far more productive than the collectivized farmland.  Workers would put their time in on the collective farm for their paycheck, but then hurry home to work on their little plots, getting family members to help and spending all their spare time ensuring that they got the most out of it.  “Man pays most attention to that which is his own.”

So, the first specific that Zelenskyy needs to include in his economic growth program is expanded capital ownership.  Ideally, all capital in the country should be broadly owned, and every Ukrainian should have full and equal access to the means of becoming an owner of capital.  We’re not talking about redistributing what some people already own.  No, we’re talking the newly formed capital every economy needs to add if it is not to stagnate or degenerate.  Sure, if current owners want to sell their holdings, that’s fine, but it isn’t necessary to make the program work. 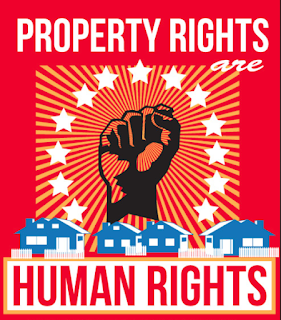 Then, if people are to get the most — or anything — out of their ownership, they need to have full access to the market and the free and just exchange of goods and services, that is, whatever people produce with their labor and their capital.  This “free and open market” does not mean laissez faire, anything goes, law of the jungle, dog-eat-dog.  No, it just means that everyone should have full and open access to the environment within which people can exchange what they produce for what others produce.

These three things — expanded capital ownership, rights of private property, and free and open markets — necessarily imply a fourth goal for Zelenskyy, one in which he should have full sympathy.  That is, aside from making and enforcing the law and enforcing contracts, the State should have as little to do with the market as possible.

Of course, we don’t mean that government has no role.  That would be ludicrous.  We do mean that, when people are generally able to take care of themselves and their families by means of their own efforts and resources, it makes no sense for the State, however small or large or at any level, to take over and run people’s lives.  The simple fact that so many modern politicians have forgotten is that the State is made for human beings, not the other way around.  Once people no longer control the State but it controls them, it takes little or no imagination to see that we will end up with a society such as permeates the world today.

An added inducement to reduce State power can be found in the consequent reduction in corruption.  When State power is reduced and that of ordinary people increases, there is not as much opportunity for corruption in the first place, and its scope is greatly reduced.  Also, the more people who have a stake in a well-run and non-corrupt social order and economy, the more watchdogs there will be to ensure that others aren’t taking unfair advantage of the system.

So, we can summarize the key specifics that Zelenskyy will need to integrate into his reform-economic-defense program as follows:

·      Restoration of the rights of private property, especially in corporate equity,

·      Free and open markets as the best means of determining just exchanges, just wages, just profits, and so on, and

·      A limited economic role for the State, whether we’re talking neighborhood, village town city or nation.

These “four pillars of a just market economy” are essential, but it raises the issue of how to implement such drastic changes and reforms.  That we will look at in the next posting on this subject.