We start off today’s news items with the CESJ Bookstore, which you might want to patronize.  If you can’t see anything, evidently you have to turn off some kind of ad blocker and you get everything.  The other big concern is China, which makes up the bulk of this week’s Just Third Way news . . . even though what China is doing can hardly be called just.  Consider it a warning:

• What’s Wrong With Investing.  It is clearly not the intent of the article, but if you want to know what is wrong with how people today think of investment, retirement, and income, not to mention private property, take a look at this article.  It is extremely disingenuous in that it takes current Wall Street practices for granted and assumes that dividends are some sort of gift that the Board of Directors of a corporation give to shareholders.  Most revealing is the statement that a shareholder doesn’t do anything to receive dividends.  Apparently, being an owner is not something that anyone needs to consider.  No wonder the Great Reset, stakeholder capitalism, inclusive capitalism, and so on, in which the rights of ownership are completely abolished and everybody and his brother receives dividends simply because they’re hanging around, are proving so popular. 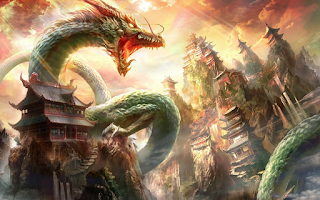 • Apple Daily.  Hong Kong’s pro-democracy newspaper, Apple Daily, published its last issue yesterday, citing concerns for workers’ safety due to the communist government’s crackdown.  We have noted before that while fear of the people is a hallmark of the People’s Republic, and a primary motive for the crackdown, we strongly suspect that the fact that Hong Kong has been one of the major (if not major) conduits for funneling vast amounts of cash out of the country by the nouveau riche Chinese entrepreneurs making fortunes out of the “Belt and Road Initiative” and neo-colonialism.  Since China has funded both its internal development and its colonial expansion by issuing vast amounts of debt, the government badly needs the tax revenue and the economic activity that would ensue from keeping the money within China.  Instead, by taking advantage of the international tax evasion industry made possible by the appearance of “über-wealth” in the 1970s and complicated networks of shell corporations registered in overseas tax havens, the newly wealthy Chinese have been taking money out of China as fast as they can, ensuring that the government that financed their projects derives no benefit from them.  Bitcoin has been used the same way, accounting for the government crackdown on “bitcoin mining” over concerns about pollution from cheap energy generation that hasn’t bothered them in any other industry. 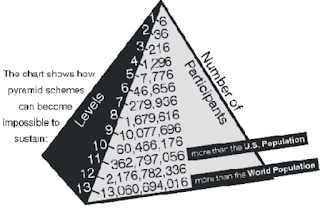 • Pyramid Scheme.  The Chinese government has been forced to issue more debt to keep the economy going as profits are siphoned out of the country.  A significant amount of this new money also ends up in the pockets of the wealthy and is sent out of the country to evade taxation.  In consequence, the Chinese economy is rapidly becoming a hollow shell, a pyramid scheme supported only by debt that is itself backed by other debt.  Following the pattern of any pyramid scheme, the Chinese government has no choice but to keep expanding the amount of debt and hoping against hope that it will be able to recapture the money currently beyond its reach.

• How to Stop the Hemorrhaging.  If governments are serious about bringing a halt to the “capital without borders” phenomenon, there is a relatively simple, yet far from easy way to stop it: the Just Third Way of Economic Personalism.  In addition to spreading out ownership and equalizing wealth and income, encouraging people to spend income on consumption instead of reinvesting it, and freeing the economy from what Louis Kelso called the “slavery of savings” — the belief that you can only invest using existing wealth — the entire monetary system is shifted from being backed by government debt, to being backed by private sector assets.  The tax base expands, the presumed dependency on the currently wealthy is broken, and the enormous amounts of money held by the über-rich are “sterilized,” that is, they can’t be used for reinvestment and can only be spent. 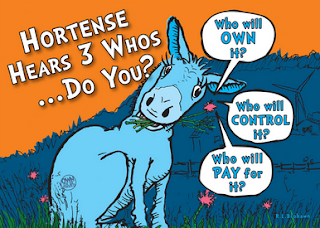 • Blog Readership.  We have had visitors from 25 different countries and 31 states and provinces in the United States and Canada to this blog over the past week. Most visitors are from the United States, India, Canada, the United Kingdom, and Czechia.  The most popular postings this past week in descending order were “Not Really About Religion,” “News from the Network, Vol. 14, No. 24,” “Still Not Really About Religion,” “JTW Podcast: The Economics of Reality and Justice” and “The Fabian Flood.”