With all the craziness going on in the world, you’d think there was nothing to be hopeful about.  You’d be right, if it wasn’t for the Just Third Way of Economic Personalism.  Fortunately, however, matters have not yet come to the point where nothing can be done: 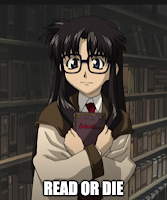 • Bitcoin: Traceability v. Anonymity.  No doubt much to the surprise of the hackers who held up the Colonial pipeline for ransom, virtually all of the money was recovered by the FBI, $2.3 million of it.  And how was this possible, you ask?  Simple.  Bitcoin is not untraceable, it’s anonymous — not the same thing at all.  The fact that Bitcoin is made of computer code makes it (relatively speaking) very easy to trace, unlike actual paper currency, of which you have to know the serial number of each piece in advance and have people checking to see if the numbers pop up in circulation, or gold or some other commodity that is virtually impossible to trace except by tying a specific transaction to an existing paper or computer trail.  This reverses the traditional problem with hijackings and ransoms.  Historically, it has been easier to catch the criminals than recover the ransom.  By using Bitcoin or some other cryptocurrency, a criminal makes it difficult to be personally identified, but at the same time makes it virtually impossible to hang on to the ransom.  All the time and money spent hacking a system and holding it for ransom is down the tubes because the ransom can be recovered almost as soon as it is paid, even if the criminals are never identified.  A profitless crime.  D’oh. 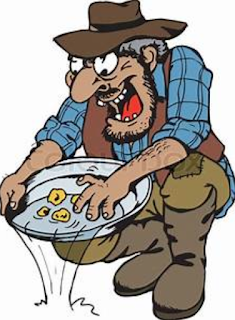 • Speaking of Bitcoin. . . .  In the Washington Post today, there was a frontpage article on how the Chinese Bitcoin miners are relocating to the United States (“Chinese Bitcoin Miners are Breaking Ground in the U.S.,” 06/18/21, A-1, A-24).  Ostensibly this is because the miners have ticked off the Chinese government by using massive resources such as cheap (and polluting) electricity and millions of dollars’ worth of computer equipment to produce nothing useful.  That never bothered the Chinese before, with their “ghost cities” and other useless projects used to pump up GDP artificially and carry out a program of neo-colonialist expansion, particularly in Africa.  This suggests that the real reason is the People’s Republic of China is in serious financial trouble due to its massive issues of debt and the drain of gargantuan amounts of money out of the country via Hong Kong (and you thought it was because of the pro-democracy movement that didn’t have a snowball’s chance against the government anyway) and then through Bitcoin mining.  All of this could be avoided if the countries of the world adopted Economic Democracy Acts and re-established their reserve currencies on a fixed-standard, asset-backed basis . . . but that has a downside.  Once a country has an elastic, asset-backed, uniform and stable (i.e., a fixed standard) reserve currency, neither the government nor the über-rich can have a stranglehold on economic growth and control over the people.  It’s no mystery why countries started abandoning fixed currency standards in the 1920s and 1930s in tandem with the rise of dictatorships and the Welfare State.

• A Great Book on the Not-So-Great Reset.  A (very) rough first draft has been completed on a viable solution to the dangers of the Great Reset and similar proposals, and is now ready for more intensive editing.

• Blog Readership.  We have had visitors from 29 different countries and 39 states and provinces in the United States and Canada to this blog over the past week. Most visitors are from the United States, India, Kenya, the United Kingdom, and Nigeria.  The most popular postings this past week in descending order were “The Purpose of Production,” “The Un-Natural New Deal,” “JTW Podcast: What is Education?” “Sabotaging Solidarism” and “The Rights of Man.”