Are Some More Equal Than Others?

As we saw in the previous postings on this subject concerning the Chinese version of “social credit” and that of Major Douglas, there seems to be no connection between the two.  On the surface, they describe two different systems, one concerned with regulating people’s behavior to “encourage” them to act in socially acceptable ways (as determined by the Party), and the other looking at the problem of inadequate demand and thus insufficient consumer income to clear marketable goods and services. 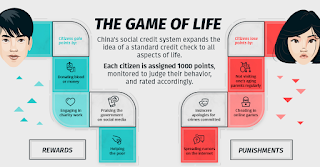 On examination, however, it’s not clear that there is any real difference between the two.  If you get on the bad side of the Chinese authorities who don’t like your behavior, you find yourself locked out of good jobs, education for yourself or your children, sometimes unable to get work at all, ostracized, and so on, so forth, even possibly sent to prison.

Now, none of those claims can be made about a Douglas social credit system, if only because it’s never been implemented anywhere.  We can, however, take an educated guess about what such a system would look like in practice.

The Douglas Scheme (as C.S. Lewis called it), would guarantee everyone a basic income out of the national dividend.  It would have the added benefit of abolishing taxes, as the government would simply print what money it needs, and distribute the balance as a dividend to the citizens.  If this is insufficient to allow all the goods produced to be purchased, prices would be adjusted.

There are more than a few technical problems that preclude such a system from working, of which we noted the ones cited by Dr. Harold G. Moulton in the previous posting.  Essentially, the Douglas Scheme fails to take into account the true nature of money, regarding it as a commodity created by government, instead of a tool used by producers to exchange what they produce.

Again, however, we’re not concerned with the technical flaws of the Douglas Scheme, but with its social flaws, the chief of which is that it turns everyone receiving the national dividend into a permanent dependent on the government.  “Permanent dependent,” of course, is a fancy way of saying “permanent child” or “slave.”  If you are dependent for your income on someone else, you do as you are told by that someone, or you may not get your income.  Capice?

Adherents of social credit, of course, assure us that will not be the case, any more than the Universal Basic Income would be withheld from anyone . . . right?

Well, what about illegal immigrants?  Do they get the national dividend (or the UBI), too?  They’re part of everyone, aren’t they? 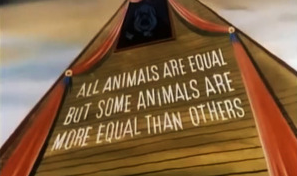 What about convicted criminals?  All criminals, even those guilty of felonies instead of just misdemeanors?  What about murder?  Rape?  Hate crimes . . . as defined by those handing out the dividend checks?  Cannibalism?

How about people you don’t like, e.g., who voted for Trump or Biden?  Monarchists?  Anarchists?  Commies? Capitalist running dogs?  Anyone taller than 6 ft or shorter than 5?  Someone who talks or smells funny or doesn’t bow low enough to a government official?  Wrong color or sexual orientation?  Wrong religion?

Now consider the simple fact that the more people there are who receive a national dividend, the less each person will receive.  If you can reduce the number of other people who get a dividend, the more you will receive.  It’s simple math . . . and self-interest.  And who makes that decision?  Again, the government that was supposed to treat everyone equally.  Until somebody decided that some are more equal than others. . . .

Does that mean there’s no way out except for the Great Reset that will turn out to be as tyrannical as any other system that concentrates power in the hands of a few?

Maybe . . . or maybe not, as we will see in the next posting on this subject.