A Systematic Solution to Structural Racism in America!

[Editor’s note: Rick uses the term “Capital Homesteading” in his article.  We are now using the term “Economic Democracy,” but it makes no difference in the substance.  Everything else in this posting is Rick’s work, and is not necessarily the position of this blog or CESJ.]


According to Chicago Mayor Lori Lightfoot, the solution to institutional racism is primarily about economic empowerment. “It’s really about economic empowerment because if people are lifted out of poverty, and they are given an opportunity to feel a stake in their own future, that goes a long way,” she said. “We are also challenging all kinds of institutions from corporations to community-based organizations to think about what they can do better to end systematic racism and make sure that we are uplift quality of life in communities, but also the voices of people that traditionally don’t have a seat at the table.”

A Systematic Solution Based on Facts

In that light, consider the following FACTS. On average, the American economy grows at the rate of $4,000,000,000,000 (yes that’s 4 trillion dollars) annually. That translates into about $12,000 for every man, woman, and child in America. But generally speaking, the beneficiaries of this annual growth are currently limited to those people who can afford to buy the stocks, bonds, real estate, and technological developments that account for this growth.

More specifically we’re talking about less than 10% of Americans who have the means to take advantage of this relatively predictable growth, and 90% who lack the opportunity to participate. Thus, we now have a 21st century wealth gap that is wider and more toxic than any time since the stock market crash of 1929 and the Great Depression which followed in its wake.

To make matters worse, this was the case long before the current pandemic oriented economic crisis raised its ugly head. In response to millions of workers losing their incomes and healthcare due to the virus, the Federal government has increased unemployment benefits for several months, and issued so called “stimulus checks ($1,200)” to millions of people in an effort to artificially jump-start demand and to prevent the ship of state from sinking into oblivion. 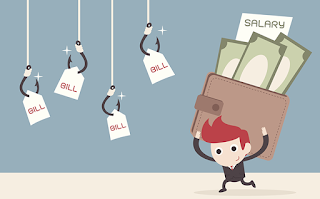 In taking these unpalatable but necessary steps the government has significantly increased the already massive debt load, which means it’s a short-term not a long-term solution. The hope of course is to artificially resuscitate demand, which in turn should recreate jobs and get we the people back to work and lead us all back to where we were before the virus struck.

The $4 Trillion Dollar Idea That Creates No Debt!*

Now let’s recall that on average, the American economy grows at the rate of $4 trillion dollars annually. Once again, that translates into about $12,000 annually for every man, woman, and child in America. But the beneficiaries of this annual growth are those who can afford to buy stocks, bonds real estate, and new technology. This generally excludes we the people. 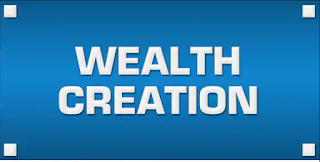 The question I want to raise now is, how can we make sure the average American has systematic access to the ownership side of the economy, where MOST OF THE WEALTH IS BEING GENERATED? How can the average Joe gain access to that $4 trillion dollars of predictable growth in order to generate a second stream of investment income, while eliminating the fear and instability that so many Americans suffer from in today’s incredibly imbalanced economy?

• What if the Federal Reserve, through local banks

• to every single American citizen (man, woman, and child regardless of race, gender, religion, sexual orientation, or economic status) annually

• allowed the loan to be repaid via FUTURE, PRE TAX EARNINGS/DIVIDENDS – NOT FROM PERSONAL SAVINGS

• along with a stipulation that these funds could only be used to purchase shares of new and transferred capital assets that were predicted to generate enough future profits to pay for their purchase and to create predictable, stabilizing, residual incomes for their owners? 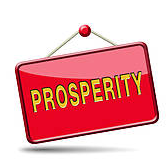 This strategy, known as “Capital Homesteading,” would cost American taxpayers NOTHING. It creates NO GOVERNMENT DEBT! It creates NO CONSUMER DEBT! And, rather than government debt-backed currency, the purchase would be backed (collateralized) by real, productive, private-sector assets

And it WOULD NOT BE INFLATIONARY. All money created would be instantly backed (collateralized) by the full value of private sector assets that citizens would receive insured loans in order to purchase. Citizens would actually be purchasing newly issued, full dividend payout, voting shares of companies that need new capital assets in order to grow.

What Capital Homesteading Will Do However Is…

• Give every American systematic access to the ownership side of the American economy, where most of our nations’ wealth is being generated.

• In the long run it will help to democratize the free market,

• Create millions of new taxpayers, thereby DILUTING and REDUCING the TAX BURDEN on those who actually pay taxes

• And pay off our massive and ever-growing national debt, etc.

*No new government debt, that is.  All money is a promise, and thus a “debt.”  The difference is that Economic Democracy is based in part on only creating “self-liquidating” private sector debt, not government debt that may or may not be repaid.

** That is, make loans available to qualified borrowers; it would not be automatic.  The idea, however, is to make certain everyone qualifies, hence the various failsafes and safeguards built into the system.