It is increasingly clear that no one has any realistic idea what to do about making an economy productive again, much less the best way to go about it.  Instead, this is the sort of thing that is going on: 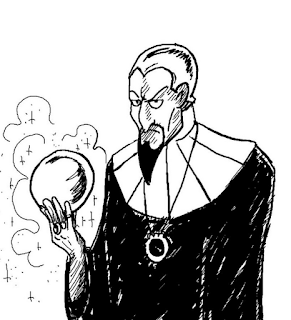 • Jobless Claims Skyrocket. Dow Equivocates.  As of this writing, the Dow Jones Industrial Average is down a few hundred points.  The way things are, of course, that by the time this is posted, it will be up a few thousand.  The Wizards of Wall Street have yet to realize what should have been obvious from the very beginning: share values today bear little, if any, resemblance to the actual value of the company whose ownership the shares represent.  That is, under Keynesian assumptions, labor is the only truly productive input to production.  Capital “only” “enhances” human labor.  How they explain complete automation is a puzzle, but somehow they get around that slight difficulty.  Anyway, with 6.6 million people making jobless claims, the Dow should be plummeting.  Why?  Because the value of a productive asset is the value today of what it will produce in the future.  If labor is the only thing that is productive, and people are becoming unemployed at an unprecedented rate, productive assets can’t produce.  The value of a company producing nothing is . . . nothing!  But the Dow has been going up and down at a tremendous rate, not simply going through the cellar.  This argues that the value of shares on Wall Street is not related to the value of the company whose ownership they represent.  Do you still want to claim Keynesian economics, and not binary economics, is a rational way to understand reality? 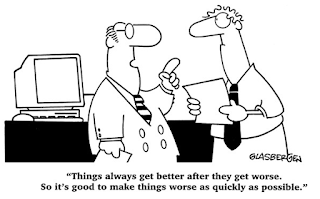 • Volatility-Linked Exchange-Traded Products.  “Exchange-Traded Products” first appeared in the United States in 1993.   As the stock market became increasingly volatile in response to massive money creation for speculation (e.g., bailouts of companies “too big to fail,” stimulus, the current panic printing of money, etc., etc., etc.), new “Exchange-Traded Products” appeared that took advantage of the volatility of a market completely unrelated to any reality of the productive sector.  These “Volatility-Linked Exchange-Traded Products” are so incredibly complex that it is virtually impossible for even a Certified Public Accountant to understand them, much less use them, even if they appeared to be ethical, which is extremely questionable.  They are also, unfortunately, evidently incredibly profitable.  In a sane world, of course, the values of shares on the secondary market (“the stock market”) would represent the fair market value of the company based on its anticipated future production.  Period.  Of course, a sane world assumes the Just Third Way of Economic Personalism, which also assumes a broad distribution of capital ownership, such as would result from Capital Homesteading. 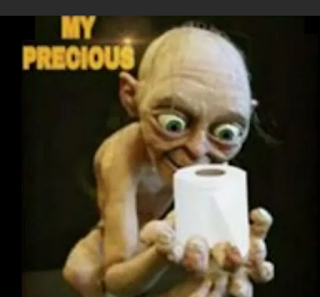 • Dignity, Power, and Freedom.  The final text of CESJ’s upcoming publication, Dignity, Power, and Freedom, has passed the editorial board and has been sent to selected reviewers and potential endorsers.  We hope to have the book out before the end of April, and plan to distribute the ebook free to anyone who wants it, and to make the trade paperback available for a nominal charge of $10.  Prices, of course, are subject to change.  That’s just what we’d like to do.
• It Might Not Be Hoarding.  According to the internet business publication Marker, the toilet paper shortage is not due to hoarding, but to the fact that 40% of the toilet paper market is non-residential, and the entire market has shifted to residential, making the residential market 100% instead of 60%.  The argument is plausible . . . but it doesn’t actually explain the shortage, as people are buying far more than twice their normal usage.  It might not be due to hoarding . . . but it probably is. . . . 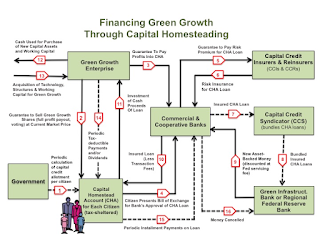 • CARES Act Relief.  According to the National Center for Employee Ownership in Oakland, California, certain provisions of the CARES Act are “ESOP friendly.”  After looking over the NCEO’s analysis, it seems that an aggressive promotion of capital ownership for all through the relief by tying it directly to expanded ownership instead of merely being “friendly” is what is called for.  For example, instead of simply handing out money, why doesn’t the federal government offer loan guarantees?  By requiring all relief loans be for newly issued shares sold to workers to be paid for when the company becomes productive and profitable again, workers acquire ownership, the company acquires an incentive to become profitable, and the federal government would only be on the hook if the loan went bad.
• Shop online and support CESJ’s work! Did you know that by making your purchases through the Amazon Smile program, Amazon will make a contribution to CESJ? Here’s how: First, go to https://smile.amazon.com/.  Next, sign in to your Amazon account.  (If you don’t have an account with Amazon, you can create one by clicking on the tiny little link below the “Sign in using our secure server” button.)  Once you have signed into your account, you need to select CESJ as your charity — and you have to be careful to do it exactly this way: in the space provided for “Or select your own charitable organization” type “Center for Economic and Social Justice Arlington.”  If you type anything else, you will either get no results or more than you want to sift through.  Once you’ve typed (or copied and pasted) “Center for Economic and Social Justice Arlington” into the space provided, hit “Select” — and you will be taken to the Amazon shopping site, all ready to go.
• Blog Readership.  We have had visitors from 40 different countries and 41 states and provinces in the United States and Canada to this blog over the past week. Most visitors are from the United States, Spain, Canada, France, and the United Kingdom.  The most popular postings this past week in descending order were “Book Review: A Field Guide for a Hero’s Journey,” “Was Jesus the First Socialist?” “News from the Network, Vol. 13, No. 13,” “Private Property According to Fulton Sheen,” and “Stoking the Fire.”
Those are the happenings for this week, at least those that we know about.  If you have an accomplishment that you think should be listed, send us a note about it at mgreaney [at] cesj [dot] org, and we’ll see that it gets into the next “issue.”  Due to imprudent language on the part of some commentators, we removed temptation and disabled comments.
#30#