How to Stimulate an Economy

How much does stupidity cost? $2.2 trillion, evidently.  Frankly, as we saw in the previous posting on this subject, just printing up money will only make things (economically) worse.  What, however, should be done to stimulate the economy if just printing money and handing it out or investing it in the stock market will only make the problem worse? 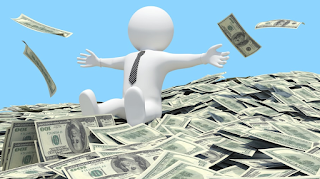 The answer is astonishingly simple once you understand the true nature of money and what commercial and central banks were originally designed to do.  Instead of printing $2.2 trillion and trying to figure out what to do with it (and ending up pouring it into the stock market), give $2.2 trillion (or however much is needed) in commercial loan guarantees at a nominal charge, say 1%.
That way, the worst case scenario is completely neutral with no inflationary effect.  If the government guarantees $2.2 trillion in loans to businesses, and every cent of every loan goes bad, the government prints up $2.2 trillion of new money which is paid to the commercial lenders . . . and cancelled.
This is because if operating properly, a commercial bank doesn’t make loans out of reserves, that is, out of cash on hand.  Instead, commercial banks create money by making loans, and cancel money when the loan is repaid, for which they charge a service fee, often erroneously called an interest rate. 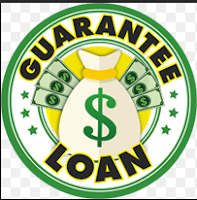 Now, it is highly unlikely that all loans made by commercial banks will go bad.  Historically, between 3-5% of loans in the U.S. have been bad loans.  In South Korea, the default rate has been around 1½%.  Assuming that 5% of all loans made go bad, a $2.2 trillion loan guarantee package would cost the government $110 billion — a lot less than $2.2 trillion!  But that’s not all.  If the government charges 1% for its guarantee, it will take in $22 billion, reducing the loss by that much.
Setting the premium economically at 5% instead of politically at 1%, of course, would mean breakeven.  If the program is turned over to the private sector for commercial insurance companies to handle, they will charge a premium for the guarantee set by the projected default rate plus some extra to cover expenses and allow for a profit.  Instead of a loss of $2.2 trillion in the form of added government debt, there could be a net gain to society in the form of insurance company profits.
Now, what specifically could be done?
The first thing to do is to make certain that people stay alive and in reasonable health . . . at least as far as is humanly possible — government can’t and shouldn’t do everything.  In the short term this will probably mean some measure of redistribution through expansion of government debt.  It’s an emergency, and is justified under the principle of double effect.  This must be repaid as soon as possible when the emergency is over.
The real issue is what to do about the less immediate measures.  When the object is to keep businesses instead of people alive, a different method is in order.  The government should not expand its debt for business loans, even emergency business loans.
Instead, both for businesses producing essential goods and services for the pandemic and those unable to produce due to quarantined workers, new money should be created by commercial banks in the usual way (accepting bills and notes) but — and here is the innovation — flow as loans through financing mechanisms that create equal capital ownership opportunities for every employee in the companies producing the supplies. The government would serve as the guarantor of those loans.
The key issue in the economic (as opposed to health) crisis is not a lack of money.  Rather, it is a lack of new owners of productive capital.  Had previous stimulus packages created new owners along with new capital formation (or just straight consumption), the economies of the would have experienced sustainable and non-inflationary growth spread out among everyone, not just an élite or the stock market gamblers.
As a side benefit, more resources would have been available to deal with disasters such as the COVID-19 pandemic and fewer people would be dependent on jobs for their consumption income and thus in such dire straits at the moment.
Once the emergency is over, self-liquidating capital credit collateralized by capital credit insurance should be made available on an equal basis to all citizens.  This would turn today’s non-owning wage and welfare slaves into economically independent owners of productive capital.  This credit would finance the purchase of new or existing productive assets needed by businesses.  Future earnings on the shares would pay off the acquisition loans.  That is, they would use “future savings” instead of “past savings” or reductions in current consumption income to repay the capital credit.
Once the acquisition loans are repaid, the money created to purchase the capital would be cancelled, avoiding both inflation and deflation. Per Say's Law of Markets, the capital itself would continue generate consumption income for its new owners.
To achieve universal citizen access to future capital ownership opportunities will require moving beyond the ESOP mechanism, which is only one vehicle designed for corporate employees to participate in financing new capital formation. A national policy agenda, the “Capital Homestead Act,” would extend the same means of acquiring new capital assets to every person.
#30#