How to Have UBO (Universal Basic Ownership) 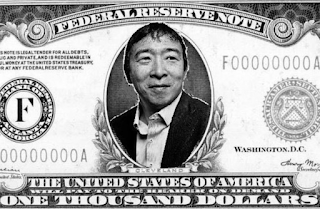 From taxing the rich?  Let’s run a few numbers just for the United States.  Given that the (official) current population of the United States is little under 330 million, the fifteen richest Americans have a net worth of $921.9 billion, and Andrew Yang is calling for $1,000 per month for every child, woman, and man in the U.S. (he wants to limit it to those 18 and older, but it wouldn't be "universal," then, would it?), how long would the wealth of the fifteen richest Americans last if every cent was taxed away to fund the program?
328 x 106 x 1 x 103 x 12 = 3.936 x 1012, or $3,936,000,000,000 per year ($3.936 trillion). . . or 4.26 times the total net worth of the fifteen richest Americans.  That means that the fifteen richest Americans would be beggared after the first quarter of the UBI, making it necessary to start confiscating wealth from others before the end of the first year . . . assuming the rich didn’t revolt or leave the country and take up residence in a tax haven somewhere . . . or any other country willing to sell them citizenship for a few measly billion and favorable tax treatment.  Did you know that Denmark’s GDP is $356 billion with a national debt of $120 billion?  The fifteen richest Americans could pay off the entire Danish national debt, still have most of their wealth intact, and have the leverage for a deal to live tax free for the rest of their natural lives.  And get free beer. 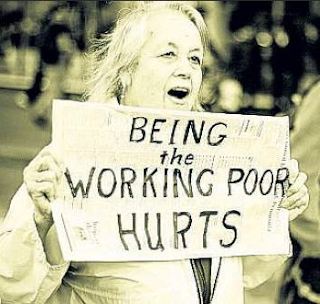 Of course, the real issue is not the income gap, but the productivity gap.  Most people who lack sufficient income are in that position because they cannot produce enough by means of their labor to generate an adequate and secure income and don’t own any capital to make up the difference.  The solution — as we discovered the last time we looked at this subject — is not to redistribute income, but to make it possible for people to produce marketable goods and services with both labor and capital, thereby generating their own incomes.
The question, of course, is how.
Most simply put, the most feasible program developed to date for empowering ordinary people with direct ownership of capital was explained by Louis Kelso and Mortimer Adler in their two books, The Capitalist Manifesto (1958) and The New Capitalists (1961).  CESJ expanded on this in its book Capital Homesteading for Every Citizen (2004) and recently prepared a short paper on the subject relating to how the current pandemic is handled could easily determine whether people come out of it with a more or less whole skin, or what we’re seeing is just the beginning of the end.
Very briefly (for the proposal is explained better in the short paper linked to in the preceding paragraph), it is entirely feasible and, indeed, financially sound to enable people without capital to purchase capital on credit under certain conditions:
·      The individual purchasing the capital on credit is “creditworthy” (which can be done for everyone with capital credit insurance), and
·      The capital being purchased on credit is reasonably expected to pay for itself with its future earnings within a reasonable period of time.
That, of course, is at the individual level, and assumes certain social and financial conditions far too numerous to mention here.  There are, however, certain obvious things that must be present in society in order to carry out a program of expanded capital ownership:
·      A society must be politically stable and private property rights secured,
·      The State should have only a limited economic role, e.g., should not create money or establish or maintain monopolies,
·      Free and open markets within a strict (and coherent) juridical order,
·      A fair and coherent tax system, and
·      A uniform, stable, and asset-backed currency and money supply (money is more than currency).
Given these things (and many more that we won’t go into; these are just the essential high points), there is one more thing that must be done in a situation like a pandemic, famine, war, or other widespread disaster:
·      Take care of people’s immediate needs by all legitimate means.
Given these parameters, the program outlined in the linked paper may be the optimal solution to the current situation.
#30#