Along with visits to this blog increasing dramatically over the past two weeks, there are some real news items that should be of interest to readers (other than the good news that, if you’re reading this, you are not alone).  It seems that people around the world are becoming increasingly aware that something may be wrong, and the usual solutions have been proven to be inadequate:


• Gary Reber Appointed CESJ Board Member.  CESJ is pleased to announce that long-time CESJ member Gary Reber has been unanimously appointed to the CESJ Board of Directors.  Gary is one of the longest-lasting people in the Kelso movement, and has been very faithful in participation.  He has been active on FaceBook, and has the limit of 5,000 friends (evidently FaceBook doesn’t want you to get too friendly).  Gary got to the head of political science department at the University of California at Berkeley, and he taught a class there.  He was involved in Agenda 2000.
• Hickenlooper on Socialism.  John Hickenlooper, former governor of Colorado and former Mayor of Denver, who is one of the crowd of Democratic hopefuls, has declared that “socialism is not the answer.”  He didn’t say what the answer was (he evidently knows nothing about the Just Third Way), but he faces a serious problem: no name recognition, which is rather astonishing when you stop to think about it.
• The Election in Greece.  According to the Wall Street Journal (“Greek Voters Set to Back a Conservative,” 06/28/19, A-9) Greek voters are all set to have a conservative Prime Minister after the upcoming election on July 7.  Pro-business Kyriakos Mitsotakis is a “strong favorite” to become PM on a program of austerity and tax cuts that he believes will stimulate growth and enable Greece to float more loans.  Of course, a more effective way to stimulate growth would be to use Greece’s central bank to discount qualified business loans directly, especially if combined with an intensive program of expanded capital ownership, thereby creating jobs, ownership, and consumer demand in one operation.
• The Global Debt Burden.  Just for fun this past week we took a look at the global debt burden and looked to see if history provides any alternative to default or forgiveness for national debts.  What popped up was France following the Franco-Prussian War.  In order to cripple France economically, politically, and militarily for the next thirty to fifty years, Bismarck imposed an indemnity of Fr. 5 billion (U.S. $1 billion).  At the time, France’s GDP was (in U.S. dollars) $7.225 billion, with a national debt of $3.053 billion.  The indemnity was paid off in two and a half years.  We have identified three reasons for paying off the indemnity in half the time without harming the French economy.  1) Demand for French products was booming throughout the world as the nouveau riche (where do you think we got the term?) wanted French wine, cheese, and silk.  Nothing else would do.  2) Bismarck thought gold and silver were real money, and he allowed the indemnity to be paid in either gold or silver.  The price of silver was falling through the cellar thanks to massive global production and drastic reductions in demand at the same time.  France was purchasing silver on the cheap with gold, minting gazillions of silver five Franc pieces, and delivering them to Prussia at face value, a huge cost savings right there.  Prussia, not needing so much silver, melted the coins and sold the silver at a huge loss on the world market . . . where it was purchased by France and minted into five Franc pieces. . . . 3)  Key industries in France, such as vineyards, dairy operations, and silk factories, tended to be family owned and required skilled workers.  While unskilled workers in France were treated no better than anywhere else, skilled workers in the key industries tended to be part time and many of them small owners themselves, as described by Alexis de Tocqueville, this increased wages, but also efficiency as workers wanted to get back to their own concerns as soon as possible.  French industry became very efficient and productive in key areas as a result.
• Robert Brantley Appointed to CESJ Board of Counselors.  The Reverend Dr. Robert Brantley has been appointed to the CESJ Board of Counselors, which functions as the CESJ advisory board.  Counselors may attend board meetings and have an advisory role.  All Counselors are invited and are given permission to attend in an advisory capacity and to offer brief comments or statements on relevant topics. 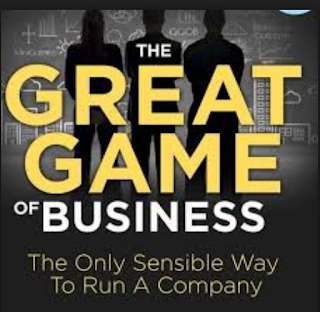 • Great Game of Business Training Session.  Dawn Brohawn and Rowland Brohawn recently attended a Great Game of Business training session at the New Belgian Brewery.  Dawn Brohawn reported that workers become responsible for promoting the good of the company by focusing on particular key/critical numbers.  The idea is make work fun, with games, small prizes, and that sort of thing.  Rowland Brohawn reported that they focus on teaching people about finance and what the numbers mean.  Some companies went ESOP after going through the Great Game of Business.  Dawn Brohawn said that the big question is money, getting our financing ideas across to business people and those in the insurance industry.  Mutual insurance is a natural for capital credit insurance.
• CESJ Publications.  Work is progressing on a compendium of the writings of CESJ co-founder Father William J. Ferree, S.M., Ph.D.  What Happened to Social Justice is still in editing, while the first draft of a CESJ “Paradigm Paper” on economic personalism is almost finished.
• Social Media Outreach.  Due to what appears to be arbitrary blocking of shared postings on FaceBook of links to the Just Third Way blog, we are exploring expanding CESJ’s social media outreach into MeWe, which seems to be the best competitor to FaceBook.  We are not shutting down FaceBook outreach, but it is essential not to have to rely on a single outlet.  Ironically, however, visits to the blog increased dramatically whenever FaceBook has restricted access, and “likes” and “shares” have multiplied as well. 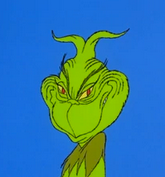 • Shop online and support CESJ’s work! Did you know that by making your purchases through the Amazon Smile program, Amazon will make a contribution to CESJ? Here’s how: First, go to https://smile.amazon.com/.  Next, sign in to your Amazon account.  (If you don’t have an account with Amazon, you can create one by clicking on the tiny little link below the “Sign in using our secure server” button.)  Once you have signed into your account, you need to select CESJ as your charity — and you have to be careful to do it exactly this way: in the space provided for “Or select your own charitable organization” type “Center for Economic and Social Justice Arlington.”  If you type anything else, you will either get no results or more than you want to sift through.  Once you’ve typed (or copied and pasted) “Center for Economic and Social Justice Arlington” into the space provided, hit “Select” — and you will be taken to the Amazon shopping site, all ready to go.
• Blog Readership.  We have had visitors from 29 different countries and 44 states and provinces in the United States and Canada to this blog over the past week. Most visitors are from the United States, Canada, India, the United Kingdom, and Brazil.  The most popular postings this past week in descending order were “The Four Faces of Socialism: The Essence of Socialism,” “The Four Faces of Socialism: Philanthropy,” “News from the Network, Vol. 12, No. 25,” “The Ownership Vehicle Podcast!” and “The New Christianity.”
Those are the happenings for this week, at least those that we know about.  If you have an accomplishment that you think should be listed, send us a note about it at mgreaney [at] cesj [dot] org, and we’ll see that it gets into the next “issue.”  If you have a short (250-400 word) comment on a specific posting, please enter your comments in the blog — do not send them to us to post for you.  All comments are moderated, so we’ll see it before it goes up.
#30#
Posted by Michael D. Greaney at 6:00 AM