Chesterton and Shaw: The Idea of Distributism 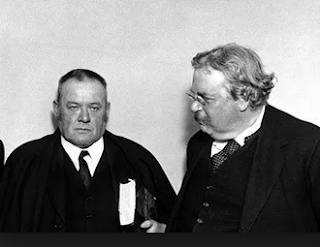 Two, limiting the pool of capital available for widespread ownership to what is already owned by others means that, unless private property is abolished or redefined (and coercive redistribution abolishes private property), capital ownership will remain concentrated.  Only an exceptional individual will voluntarily divest himself of wealth in any way that diminishes his own power.  That is why the rich typically leave vast wealth to foundations that are then dependent on them instead of giving significant amounts directly to the poor.
As a result, both Chesterton and Belloc avoided giving any specific means by which the Distributist State could be implemented and maintained.  As Belloc explained in An Essay on the Restoration of Property (1936), published the month following Chesterton’s death,
All reform depends upon some clear doctrine postulated and developed.  No reform (it would seem) can hope to prosper which does not advance a programme covering all the field.  I have not attempted to do so. . . . Now my reason for such slight dealing with such a major problem is that I believe it, to-day, insoluble by general means.  The evil has gone so far that, though the preaching of a new doctrine is invaluable, the creation of new and effective immediate machinery is impossible.  The restoration of Property must essentially be the product of a new mood, not of a new scheme.  It must grow from seed planted in the breast.  It is too late to reinfuse it by design. (Ibid., 10-11.)
#30#
Posted by Michael D. Greaney at 6:00 AM