It’s astonishing the frequency with which events and situations come to light that could be resolved very simply (although not always easily) by applying the Just Third Way.  Take for instance:

•  Say What? Department.  Rep. Jared Huffman (D-CA) has stated his belief that many of his colleagues in the Congress are struggling financially and need a raise.  Before you snort in derision, it’s quite possible, even probable, if you’re someone of ordinary means in Washington, DC, who has to maintain a home and an office in the DC metro area AND at least one of each in your home state, that you might be feeling the pinch.  Would YOU vote for a Representative or Senator whose legal residence was outside the district or state he or she represents?  So two establishments are virtually required, and that can get expensive.  That being said . . . yeah, come off it, man.  Many of your constituents are not merely “struggling,” they’re facing disaster in large measure because you won’t put the country’s house in order and pass a Capital Homestead Act, you exempt yourself from onerous legislation, make rules for others that don’t apply to you, get lifetime benefits for working a minimum of two years on the job, AND you vote yourself a raise?  Show a little sensitivity for the poor boobs who voted you into office.
• Thomas Jefferson’s Condemnation of Slavery.  Many people are unaware that Thomas Jefferson actually condemned slavery, and he put a clause in the original draft of the Declaration of Independence to that effect.  It was removed, and he did not follow through on his pledge to free his slaves, but the fact remains that he did condemn slavery:  “He has waged cruel war against human nature itself, violating its most sacred rights of life & liberty in the persons of a distant people who never offended him, captivating & carrying them into slavery in another hemisphere, or to incur miserable death in their transportation thither. This piratical warfare, the opprobrium of infidel powers, is the warfare of the CHRISTIAN king of Great Britain. determined to keep open a market where MEN should be bought & sold, he has prostituted his negative for suppressing every legislative attempt to prohibit or to restrain this execrable commerce: and that this assemblage of horrors might want no fact of distinguished die, he is now exciting those very people to rise in arms among us, and to purchase that liberty of which he has deprived them, & murdering the people upon whom he also obtruded them; thus paying off former crimes committed against the liberties of one people, with crimes which he urges them to commit against the lives of another.”  George Washington freed his slaves in his will, “pending the death” of Martha, but she freed them within a year of George’s death, anyway.
• Oil Tanker Attacks.  Regardless who carried them out or for what reason, the attacks on the Norwegian and Japanese oil tankers this past week highlight two critically needed reforms that must be implemented as soon as possible.  For the benefit of oil consuming nations, there needs to be a shift to alternative fuels.  Which fuel(s) would be best is a matter of discussion, but the fact remains that, completely aside from environmental concerns, oil producing countries can hold hostage the oil consuming countries.  This is an open invitation to war that both sides would consider fully justified.  For the benefit of oil producing nations, there needs to be a shift away from a “single crop economy.”  Dependence on the potato virtually guaranteed disaster in Ireland when the crop failed several years in a row in the 1840s.  The cost in human lives will never be known, but estimates as to the numbers lost to death and immigration range from half to two-thirds of the total population.  U.S. and British dependence on American grown cotton — the single largest export from the United States from 1803 to 1937 — was used to justify slavery, and brought about the costliest war in U.S. history.  An intensive effort to develop alternative energy sources and a Capital Homesteading program should solve both problems. 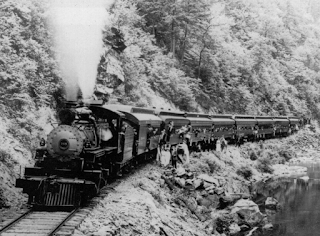 • Railroad Two-Man Rule.  The effort to impose a labor rule requiring railroad locomotives to have a minimum crew of two (usually the engineer and the conductor) has been brought to a halt.  By 2020, in fact, it may be possible to have fully automated trains carrying freight and passengers.  From the standpoint of organized labor, of course, this means fewer jobs.  From the standpoint of railroad owners, this means fewer labor costs.  Naturally unions accuse owners of putting profits above safety, and owners accuse unions of featherbedding.  This would not be an issue if the workers and customers owned the railroads, as the interests of everyone would be for the highest quality service and operation at the lowest possible price.
• YouTube and the Nazis.  Ostensibly to counter white racism, YouTube has removed videos about the Third Reich.  Evidently the idea is that denying that something ever took place is the best way to make certain that people don’t do it again.  As George Santayana said, however, “Those who cannot remember the past are condemned to repeat it.”  By ensuring as far as they can that no one remembers what happened during (and because of) the Third Reich, YouTube is virtually guaranteeing that the same thing will happen again.
• The Advance of Fuzzy Socialism.  According to today’s Wall Street Journal . . . or maybe the Washington Post . . . or it could have been the National Enquirer . . . the fact that socialism has so many definitions (a dogma of the socialist movement), and that what definitions there are, are “fuzzy,” has accounted for the rapid growth of socialism among millennials.  Evidently, the less specific anything is, the easier it is to get people to believe it.  There is, however, a specific definition of socialism, and it is why, e.g., the Catholic Church condemns all forms of socialism due to its embodying a “concept of society utterly foreign to Christian [or any other kind of] truth.”  And that is?  That some form of society has rights that the human person does not have.  This means that an abstraction created by human beings that has no existence apart from the human mind is greater than the human beings who created it.  This completely defies logic, and sets up the contradiction that the created can be greater than the Creator.  Capitalism does almost the same thing, except it does it incompletely, maintaining that only an élite has rights or effective exercise of rights.  Thus, where socialism gets condemned outright, capitalism “only” gets criticized.
• Kazakhstan and Capital Homesteading.  The new president of Kazakhstan has declared that he is in favor of reform.  If so, the country would be an ideal place to implement Capital Homesteading.  Okay, so would any other country, but it has to start somewhere.
• Turkey Charges Economists and Journalists.  This is one of those things that causes serious internal conflict.  Turkey has charged a number of economists and journalists with spreading “fake news.”  On the one hand, this is a serious violation of academic freedom and freedom of the press.  On the other, why should academics and journalists be permitted to spread falsehood with impunity?  Of course, if successful, the prosecution would be far more damaging to Academia and the economics profession, if only because most people don’t believe the media, anyway — but they do believe what the economists tell them.  On the other hand (we’re up to more than the allotted number, if you’re counting), it seems economists and other academics should be held accountable for spreading Keynesian economics and other nutty ideas. . . . 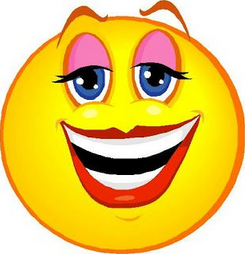 • Shop online and support CESJ’s work! Did you know that by making your purchases through the Amazon Smile program, Amazon will make a contribution to CESJ? Here’s how: First, go to https://smile.amazon.com/.  Next, sign in to your Amazon account.  (If you don’t have an account with Amazon, you can create one by clicking on the tiny little link below the “Sign in using our secure server” button.)  Once you have signed into your account, you need to select CESJ as your charity — and you have to be careful to do it exactly this way: in the space provided for “Or select your own charitable organization” type “Center for Economic and Social Justice Arlington.”  If you type anything else, you will either get no results or more than you want to sift through.  Once you’ve typed (or copied and pasted) “Center for Economic and Social Justice Arlington” into the space provided, hit “Select” — and you will be taken to the Amazon shopping site, all ready to go.
• Blog Readership.  We have had visitors from 39 different countries and 46 states and provinces in the United States and Canada to this blog over the past week. Most visitors are from the United States, Canada, Australia, Brazil, and Spain.  The most popular postings this past week in descending order were “Rebranding Socialism as True Christianity,” “Why is Socialism Wrong?” “Mortimer Adler on Happiness,” “News from the Network, Vol. 12, No. 23,” and “Chesterton and Shaw: The Idea of Distributism.”
Those are the happenings for this week, at least those that we know about.  If you have an accomplishment that you think should be listed, send us a note about it at mgreaney [at] cesj [dot] org, and we’ll see that it gets into the next “issue.”  If you have a short (250-400 word) comment on a specific posting, please enter your comments in the blog — do not send them to us to post for you.  All comments are moderated, so we’ll see it before it goes up.
#30#
Posted by Michael D. Greaney at 6:00 AM