It is not quite March, but this month’s mentions are mostly media material.  That is because the CESJ core group is trying to get up to speed on all the projects we want to complete or get moved well along for the current year.  It’s just a coincidence that it all seems to deal with media, traditional, social, and otherwise:


• CESJ Media Outreach.  The CESJ core group has been making great strides in developing materials for its media outreach.  The “new” website is, of course, obvious, but the work on other projects proceeds apace.  The newsletter is still on schedule for launching by the end of this month, while the Ferree compendium and What Happened to Social Justice are being steadily edited.  The Silver Anniversary Edition of Curing World Poverty is on course, although a definite date has not yet been set for its release.  All in all, things are looking up for the New Year.
• Video Project.  An important feature of the media outreach project will be the short instructional videos, the first of which, a 90-second overview in rhyme of the Just Third Way, is still in development.  Why does it take so long to produce a minute and a half of video?  For one thing, the easier something looks, it’s a good bet the harder it was to do!  Also, as we’re looking toward a long-term relationship with the production company we’re using, we’re finding our “voice” and “look” so that all the videos have the same “feel” (have we tossed in enough jargon for you?). 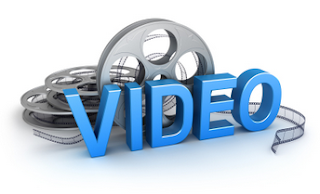 • Other Videos.  We are also exploring the possibility of producing short “Justice University” videos, each covering one subject as a stand-alone piece that people can view in odd moments without having to commit large amounts of time to taking an entire Just Third Way course that lasts hours every week for six months.  Informal studies have suggested that people will watch a 15-minute informative video who would never sign up for a class, even a completely free one, and actually retain what they’ve learned from the short piece better than most of what they learned in college or high school. 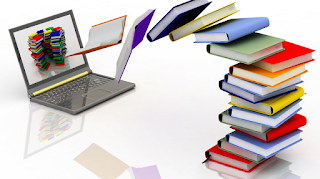 • Book Trailers. We have drafted three book trailers so far and are editing them for conversion into video format so that people can share them more easily and spread them out among their networks.  A “book trailer,” by the way, is a short video about a book (obviously) that is like the movie trailers you see in theaters about upcoming attractions, except it’s about a book (obviously).  Book trailers are generally much shorter than movie trailers, usually thirty seconds to a minute and a half at most.  The idea is not to summarize the book, but to interest you in reading it, just as a movie trailer is to get you to want to watch the film.  So far we have trailers drafted for Easter Witness, Freedom Under God, and Ten Battles Every Catholic Should Know (from another publisher, obviously).  Also in process is a trailer for What Happened to Social Justice, a book which (as noted above) is still in editing. 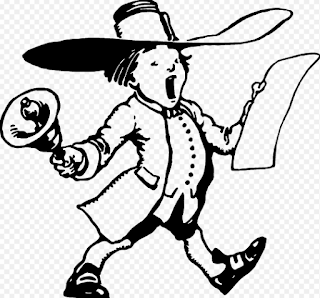 • Getting Involved.  While the CESJ core group is working very hard to get materials prepared, we can have the best materials in the world, and it won’t do a bit of good if they don’t get circulated.  We depend on the CESJ network to help spread the word around through the social media and whatever other networks people have.
• Truth Be Told.  The Truth Be Told newsletter, which often featured Just Third Way material, may be coming closer to a relaunch.  Since the final decision relies on people other than those involved in publishing the newsletter, we have no word on when it may get started again.  For some reason people who don’t have to do the work on a project are often very accommodating with other people’s time and resources.
• Shop online and support CESJ’s work! Did you know that by making your purchases through the Amazon Smile program, Amazon will make a contribution to CESJ? Here’s how: First, go to https://smile.amazon.com/.  Next, sign in to your Amazon account.  (If you don’t have an account with Amazon, you can create one by clicking on the tiny little link below the “Sign in using our secure server” button.)  Once you have signed into your account, you need to select CESJ as your charity — and you have to be careful to do it exactly this way: in the space provided for “Or select your own charitable organization” type “Center for Economic and Social Justice Arlington.”  If you type anything else, you will either get no results or more than you want to sift through.  Once you’ve typed (or copied and pasted) “Center for Economic and Social Justice Arlington” into the space provided, hit “Select” — and you will be taken to the Amazon shopping site, all ready to go.
• Blog Readership.  We have had visitors from 35 different countries and 39 states and provinces in the United States and Canada to this blog over the past week. Most visitors are from the United States, the United Kingdom, Australia, Canada, and India.  The most popular postings this past week in descending order were “Ronald Reagan . . . Communist?” “The Real Issue,” “News from the Network, Vol. 12, No. 05,” “Thomas Hobbes on Private Property,” and “A Challenge to Civilization.”
Those are the happenings for this week, at least those that we know about.  If you have an accomplishment that you think should be listed, send us a note about it at mgreaney [at] cesj [dot] org, and we’ll see that it gets into the next “issue.”  If you have a short (250-400 word) comment on a specific posting, please enter your comments in the blog — do not send them to us to post for you.  All comments are moderated, so we’ll see it before it goes up.
#30#
Posted by Michael D. Greaney at 6:00 AM