Fulton Sheen and the Solution

As we saw in the previous posting on this subject, Fulton Sheen strongly supported the idea that the only way to counter both communism (and socialism) and capitalism is to have a society in which capital ownership is widespread.  As he stated, “Because the ownership of external things is the sign of freedom, the Church has made the wide distribution of private property the cornerstone of her social program.”  (Fulton J. Sheen, Freedom Under God.  Arlington, Virginia: Economic Justice Media, 2013, 33.) 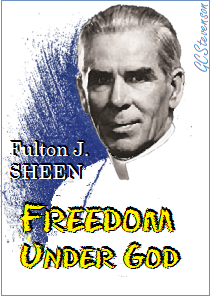 The problem, of course (as was noted in the previous posting on this subject) is where the money is to come from.  If the only source of financing is past savings (money not spent on consumption), then only the rich can afford to own the increasingly expensive new technologies displacing labor.  If we respect the natural right of private property, we cannot simply take what the wealthy have and redistribute it to the poor, for that would destroy private property in the name of preserving it.
Fortunately, however, there is a way out of the slavery of past savings, and one that we think Sheen would immediately have appreciated. We believe that the problem is, in large measure, the result of the evolution of a social, monetary, tax, and financial system that operates for the benefit of a few, and to the detriment of the many. This flawed system creates barriers to economic opportunity (primarily ownership of capital) out of outdated methods of finance and money creation as well as a failure or refusal to understand the results of advancing technology.
To be precise, the principal reason for the rapid growth of moral relativism in the world today, and the cause of the shift from social Christianity to Christian socialism, is that the system as it developed failed to include the essential triad of principles of economic justice. Louis O. Kelso, inventor of the Employee Stock Ownership Plan (ESOP),  and  the  Aristotelian  philosopher  Mortimer  J. Adler first articulated the basis of three interdependent principles that, like the legs of a tripod, combine to form a mutually supportive, interconnected and logical system for sustaining a just, balanced, and free economic system. Kelso and Adler described these principles in Chapter 5 of their best-selling collaboration, The Capitalist Manifesto.  As we describe and explain them, 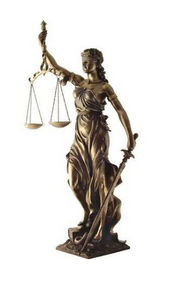 1. Participative Justice. This is how one makes “input” to the economic process in order to make a living. It requires equal opportunity in gaining access to private property in productive assets as well as equality of opportunity to engage in productive work. Participative justice does not guarantee equal results, but requires that every person be guaranteed by society’s institutions the equal human right to make a productive contribution to the economy, both through one’s labor (as a worker) and through one’s productive capital (as an owner). Thus, this principle rejects monopolies, special privileges, and other exclusionary social barriers to economic self-reliance and personal freedom.
2. Distributive Justice. This is the out-take principle described in legal terms as the form of justice “which should govern the distribution of rewards and punishments. It assigns to each person the rewards which his or her personal merit or services deserve, or the proper punishment for his crimes.” (“Justice,” Black’s Law Dictionary. St. Paul, Minnesota: West Publishing Company, 1951.)
Distributive justice is based on the exchange or market value of one’s economic contributions — that all people have a right to receive a proportionate, market-deter-mined share of the value of the marketable goods and services they produce with their labor contributions, their capital contributions, or both. In contrast to a controlled or command economy, this respects human dignity by making each economic “vote” count.
This understanding of distributive justice based on inputs must be clearly differentiated from definitions that base distribution on need. Sheen makes this clear when critiquing the Marxist dictum, “From each according to his capacity, to each according to his needs.” (Freedom Under God, 65. This is more usually rendered, “From each according to his abilities, to each according to his needs,” as Marx expressed it in his Critique of the Gotha Program (1875).) Distribution on need is a valid principle for charity, a moral responsibility, but not for justice, which (of course) is also a moral responsibility.
Charity does have its proper role, however. As Pope John Paul I stated in a talk given during a “general audience” during his brief pontificate, “Charity is the soul of justice.” (John Paul I, General Audience, Wednesday, September 6, 1978.) Nevertheless, as Augustine of Hippo observed, “Charity is no substitute for justice withheld.” Charity should never be regarded as a substitute for justice, but as the fulfillment of justice. As Moses Maimonides explained,
The greatest level [of charity], above which there is no greater, is to support [your fellow man] by endowing him with a gift or loan, or entering into a partnership with him, or finding employment for him, in order to strengthen his hand until he need no longer be dependent upon others. (Mishneh Torah, Laws of Charity, 10:7-14.) 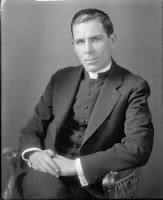 3. Social Justice. This is the feedback principle that rebalances participative justice and distributive justice when the system violates either essential principle. Social justice includes a concept of limitation that discourages personal greed and prevents social monopolies. Social justice holds that every person has a personal responsibility to organize with others to correct their organizations, institutions, laws and the social order itself at every level whenever the principles of participative justice or distributive justice are violated or not operating properly.
Thus, as Sheen hinted, we can trace the moral decay of society and the decline of civilization to the growing economic displacement of ordinary people resulting from the failure to adhere to the principles of economic justice. The primary cause of this failure is ownership and control by a tiny elite of labor-displacing physical and social technologies and natural resources. This imposes on propertyless people throughout the world “a yoke little better than that of slavery itself.” (Rerum Novarum, § 3.)
The displacement of most people from capital ownership prevents or inhibits their full participation in economic activity or even, as with actual slavery, the whole of social life. The existence of artificial financial and legal barriers to equal ownership opportunities prevents or inhibits most people in the world from acquiring and developing virtue through the exercise of humanity’s natural rights to life, liberty, and property.
Many people are thereby cut off from the “economic common good.” This economic common good is composed, in part, of democratic access to money and credit for productive purposes, the rights to and of private property, access to free market competition, and the sanctity of contract (free association/liberty).
And what that means we will see when we return to this subject.
#30#
Posted by Michael D. Greaney at 6:00 AM