When the Chips are Down

Watching “cop shows” on television it is easy to get the impression that a police officer’s work is a constant round of burglaries, bar fights, “domestic incidents,” investigating crooked cops, murders, and (if it’s a comedy) lots of doughnuts.  Television cops (the funny ones, anyway) have a hunger for doughnuts that would shame Homer Simpson. 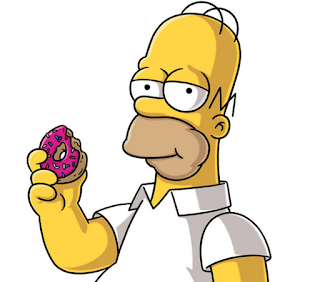 When people find out that in the ordinary course of events 99% of an officer’s work is what they would classify as “doing nothing” and paperwork, they start to realize that a real “reality show” involving police work would make for very boring watching.  Protecting and serving is more keeping things running smoothly than speeding car chases, not to mention more important.
It’s the same with war movies, especially those with John Wayne.  The action never stops . . . on screen, anyway.  Most people don’t realize that the primary legitimate purpose of the military is not to fight wars, but to prevent war.  Even when you get into a war, the ideal military situation is to get the enemy to surrender or do what you want without firing a single shot.
. . . which makes for very boring movies.  The point is clear, however.  Peace, whether at home, in the neighborhood, the nation, or around the world, depends on being strong and secure enough so that the Bad Guys aren’t tempted to get away with something, whether burglarizing a house or attacking another country.
That is why a piece in the Wall Street Journal of Monday, December 24, 2018, “Silicon, Not Steel, Will Win the Next War” (A-15) raised a number of concerns.  Although the United States still leads the world in innovation in new computer-based technologies, other countries (especially those that have names beginning with “C” and ending with “hina”) are catching up fast as the U.S. exports technology and jobs and runs up increasing amounts of debt, and certain countries (such as Ch-n-) steal whatever they can and pursue an aggressive policy to ensure adequate resources and a good tactical position in the event of a war.
At the same time, America is now dependent on other countries for such things as computer chips, with many companies having moved to Asia where they are cheaper to manufacture.
In other words, what Japan and Nazi Germany tried to do by means of war, “Certain Countries” are doing by financial means which will enable them to do successfully what the Axis only attempted with near success.
Obviously, we are not experts in the field of electronic warfare, but we do know that when a country gets into a war it had better have adequate food, fuel, and fiber just to keep going when supplies from other countries are cut off.  It also needs superior armaments and the financial resources to carry on the war effort, especially in a defensive war.  (In an offensive war, the aggressor always counts on making a profit, although trying to carry on a “profitable war” is a fantasy bordering on delusion.) 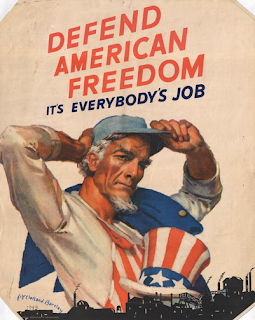 Thus, we can agree with the authors of the article on what needs to be done:
·      Domestic sources of supply for key defense technologies.
·      Trained people to fill key jobs.
·      Adequate financing for key industries (the authors say tax credits, but see below).
·      Direct government funding of research and development.
Not to sound simplistic, but the fiscal and monetary reforms of the Just Third Way as applied in the Capital Homestead Act would address every one of these needs, at least once people can get away from dependency on tax credits and trying to use the tax system to do anything other than raise revenue to defray the legitimate cost of government.
Interest-free (but not cost-free) commercial bank credit backed by the new technologies instead of government debt, with the new technologies broadly owned by all citizens, would secure essential military technology.  Immediate research into alternative energy would secure fuel without any dependence on foreign oil.  Economic growth funded with private sector commercial bank credit supported by expanded ownership of that growth would stop the growth of the deficit and being paying down the debt.
The result would not only be a stronger America less likely to be the target of a foreign aggressor, but sharing the new energy technologies and helping other countries implement expanded capital ownership would remove a major source of potential conflict.
It’s at least something to consider.
#30#
Posted by Michael D. Greaney at 6:00 AM