While it certainly seems as if good news travels so slowly that it never seems to arrive, a number of projects that have been in the works for years are nearing at least the initial stages of completion or fulfillment.  CESJ still has a need for volunteers to handle the routine organizational administrate tasks as well as take over some key (but understaffed) projects, but every organization and movement can say the same thing.  CESJ’s most critical need at this point is people willing to learn about the Just Third Way and who will take advantage of the vast amount of material available free on the CESJ website, such as the free e-books.  There are, of course, publications for sale, and we encourage you to purchase them, but try the free stuff first . . . don’t cost nothing. . . And in the meantime: 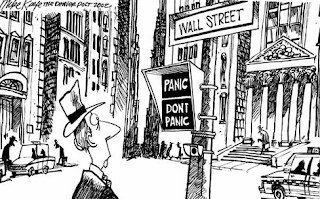 • Stock Market Sell-Off.  Not to succumb to the hysteria of the Wall Street gamblers, but the latest “mini-crash” has a number of the experts baffled.  Not about the downturn, of course.  There is always a multitude of theories to explain why people act irrationally that fail to address the how.  This relates to the theory that the secondary market for used debt and equity is really the primary market, and the primary market where businesses produce and consumers, well, consume, is really the secondary market.  As the Wall Street Journal noted earlier this week, “consumer confidence” (i.e., demand for goods and services) remains high, despite the gyrations of the stock market.  (There is a chance that this might have something to do with the holiday season, but worthy bankers and government bureaucrats aren’t allowed to recognize such things.)  This is incomprehensible to the monetary mavens and government gurus who have forgotten that there is a real world out there beyond the Washington Beltway and Wall Street, a place where people produce so that they can consume, and whose economic goal is to be productive in order to be able to have something to consume.  Neither government nor Wall Street actually produce goods and services that people consume.  Instead, both deal with what others have produced, and manipulate it in ways they think will yield some desired result, e.g., reelection or a huge bank balance that can never be spent.  Instead of going into a panic over the stock market, both Wall Street and Capitol Hill might do better trying to figure out ways for ordinary people to become productive through ownership of both labor and capital, something like the proposed Capital Homestead Act. 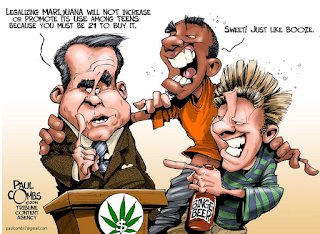 • High Times.  Let the Cannabis Cognoscenti rejoice!  May the Marijuana Missionaries exult!  Like, wow, man, can you relate?  The most, like, ginormous tobacco company, uh, yeah, I had it just a minute . . . you got any M&Ms?  Cool.  What?  Oh, yeah.  The Altria Group, a tobacco company that states its mission “is to own and develop financially disciplined businesses that are leaders in responsibly providing adult tobacco and wine consumers with superior branded product” is branching out (“making a massive bet”) into weed, or (as true aficionados refer to it) “cannabis products.”  This makes a sort of twisted sense from a business point of view.  If one item is on the downside of its product life, get into another.  The problem, of course, is that going from a bad product to a worse one is not really a sound business decision, although that’s not the way people think, for some reason.  Demand for tobacco is declining, so shift to whacky tobaccy.  Why not just stop smoking?  Are you insane?  There is no other way to spend time productively.  It’s a little like what happened in the American South following the Revolution when the supply of white convict slaves dried up (they started shipping them to Australia) so the market shifted to a much larger “investment” in black chattel slaves.  Why not just abolish slavery?  Are you insane?  Who will pick cotton?  What will they think of next?  Stop using fossil fuels and develop alternative energy sources?  Really, this insanity must stop.  “Joking” aside, just as Southern slave owners before the Civil War should have been able to figure out a way to grow cotton and abolish slavery, not just deny that it was possible, both tobacco and energy companies should use their resources to get into better lines of business instead of being determined to stick with something that cannon be sustainable in the long run and is causing harm.  It is possible — and immensely profitable.  Did you know that 3M, the “Applied Science Company” as they call themselves, originally had absolutely nothing to do with science, applied or otherwise?  The three Ms stand for “Minnesota Mining and Manufacturing Company, and they were organized to mine and market corundum.  When that didn’t pan out, they got into a “few” other areas that turned them from a potential failed mining company into an international conglomerate . . . unfortunately not worker owned, but there’s still time for that. 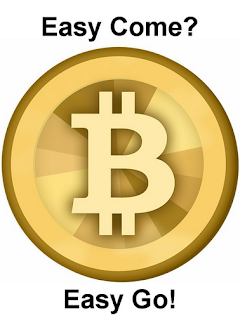 • Bitcoin Bonanza Bottoms Out?.  Warnings about the downfall of the Bitcoin, the leading “crypto currency” in the world, are starting to proliferate.  While “the experts” still have a foggy notion of the true nature of money (or they wouldn’t be experts, they’d be rich), they are starting to realize that a currency of any kind that costs more to obtain than it is worth is not sustainable.  A Bitcoin is currently “worth” (the term is used advisedly here) $3,397.89 (we just checked), down from a high of $19,783.06 a year ago (a currency that loses more than 80% of its value in a year is good?), but “new” Bitcoins cost $4,758 to “mine” in the U.S., which seems to be about the average for a number of countries.  It’s almost $10,000 a couple of places, while in Venezuela it’s $531, but there may be other reasons for not taking it away to South America.  The “blockchain” technology appears to be useful, but the Bitcoin and similar cypto currencies, as they ignore the true nature of money, may be on the way out as people become more educated, or at least more wary. 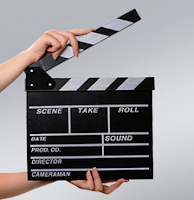 • CESJ Video Project.  Work proceeds on the pilot CESJ instructional video.  Intended both to instruct about the Just Third Way and be a prototype for a projected series of videos to explain some possibly esoteric concepts, the short video will be available free.  CESJ is also starting to develop grant proposals to fund future videos.  If you would like to volunteer to help on this or other CESJ projects, give us a call or send an email to info@cesj.org. 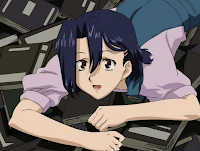 • CESJ Publishing Projects.  The four-going-on-five-years-in-the-making What Happened to Social Justice is now in its second round of editing.  Publication has been rescheduled to “indefinite.”  The compendium of some of the writings of CESJ co-founder Father William J. Ferree and the revision of Capital Homesteading for Every Citizen are moving up the queue.  The first draft of a book on John Henry Newman and the act of social justice is nearing completion, as is one on some questions on the social doctrine of Pope Pius XI.  The manuscripts of On the Contrary!, Catholic Keynesians and Other Mythical Creatures, and Capital Homesteading: Practical Distributism for the Global Economy have been submitted and are in the process of being examined by an editorial review committee.
• Shop online and support CESJ’s work! Did you know that by making your purchases through the Amazon Smile program, Amazon will make a contribution to CESJ? Here’s how: First, go to https://smile.amazon.com/.  Next, sign in to your Amazon account.  (If you don’t have an account with Amazon, you can create one by clicking on the tiny little link below the “Sign in using our secure server” button.)  Once you have signed into your account, you need to select CESJ as your charity — and you have to be careful to do it exactly this way: in the space provided for “Or select your own charitable organization” type “Center for Economic and Social Justice Arlington.”  If you type anything else, you will either get no results or more than you want to sift through.  Once you’ve typed (or copied and pasted) “Center for Economic and Social Justice Arlington” into the space provided, hit “Select” — and you will be taken to the Amazon shopping site, all ready to go.
• Blog Readership.  We have had visitors from 45 different countries and 44 states and provinces in the United States and Canada to this blog over the past week. Most visitors are from the United States, Brazil, the United Kingdom, India, and Yemen.  The most popular postings this past week in descending order were “News from the Network, Vol. 11, No. 48,” “Thomas Hobbes on Private Property,” “‘As Many as Possible of the People’,” “Broad Church Basics,” and “The Slavery of Savings.”
Those are the happenings for this week, at least those that we know about.  If you have an accomplishment that you think should be listed, send us a note about it at mgreaney [at] cesj [dot] org, and we’ll see that it gets into the next “issue.”  If you have a short (250-400 word) comment on a specific posting, please enter your comments in the blog — do not send them to us to post for you.  All comments are moderated, so we’ll see it before it goes up.
#30#
Posted by Michael D. Greaney at 6:00 AM