The Crisis of Democracy?


That’s not really a fair or even legitimate comparison, however.  It’s like saying that a man with pneumonia is doing better than one with congestive heart failure.  The former can be cleared up in most cases with a shot or two of penicillin, while the latter needs open heart surgery, assuming it is even feasible. 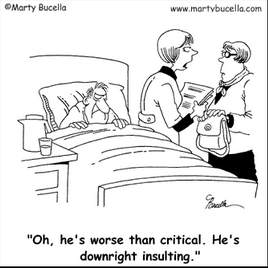 The problem, of course, is that if the man with pneumonia doesn’t get any penicillin, he could die just as easily as the man with heart failure.  He’s only better off if the right thing is done to keep him alive.
So, yes, the liberal (a rather loaded word if you’ve been reading this blog regularly . . . along with “conservative”) Western democracies are doing better than the various authoritarian states and governments . . . which isn’t to say that they are doing at all well, except by comparison.  The man who fell off the hundred story building was doing all right until the end. . . .
The fact is, the liberal Western democracies are in just as much trouble as the authoritarian non-democracies.  There is one significant fact that virtually everyone overlooks these days, and except for a few lone voices crying in the wilderness for the past two hundred and fifty years or so has been ignored since the beginning of the Industrial Revolution.
That is the double whammy of advancing technology that is too expensive for ordinary people to purchase with their current resources and at the same time displaces them from their jobs.  Not only do they lose their primary source of income, they have no way of being productive, and can therefore only participate in society at the behest of those who are productive.
This is Hilaire Belloc’s “Servile State” with a vengeance.  Neither capitalist nor socialist, but a merging of the worst aspects of both systems, the Servile State is an arrangement of society in which the great mass of people are dependent on others for their livelihood, and even for the manner in which they are permitted to exist.  Ownership of capital — and thus power — is concentrated, and thus control over the lives of others is not merely maximized, it becomes almost total.
The answer?  It isn’t found in increased funding for social programs.  These differ only in degree, not in kind between socialist and capitalist economies.  As human labor becomes relatively more expensive than technology in the production process, the burden of providing sufficient consumption income to keep the economy running shifts more and more to the State.  Eventually the State becomes so overburdened with its growing and sometimes contradictory roles that it finally implodes.  As Pope Pius XI noted,
When we speak of the reform of institutions, the State comes chiefly to mind, not as if universal well-being were to be expected from its activity, but because things have come to such a pass through the evil of what we have termed “individualism” that, following upon the overthrow and near extinction of that rich social life which was once highly developed through associations of various kinds, there remain virtually only individuals and the State. This is to the great harm of the State itself; for, with a structure of social governance lost, and with the taking over of all the burdens which the wrecked associations once bore, the State has been overwhelmed and crushed by almost infinite tasks and duties.  (Quadragesimo Anno, § 78.)
Nor is there any difference between the liberal democracies and the authoritarian tyrannies, at least where the end result is concerned.  It just takes a little bit longer for the liberal democracies to hit bottom . . . unless, like Greece, they’ve been just a little bit too liberal and run up the debt to about 180% or so of GDP to fund all the government programs.
Frankly, political democracy cannot survive except on a solid foundation of economic democracy — and as the case of Greece and a number of other liberal democracies have graphically demonstrated, that doesn’t mean equal economic benefits for all.  No, it means equal economic opportunity and access to the means of acquiring and possessing private property in capital for all.
And that means a program along the lines of a Capital Homestead Act, by whatever name you want to call it.
And the sooner the better.
#30#
Posted by Michael D. Greaney at 6:00 AM