This past week was marked by good meetings and good contacts, and it looks as if next week will be just as productive.  In addition, a number of publications are moving forward, and a publisher has expressed interest in a new book on Capital Homesteading!  Take, and read:


• The American Conservative and Mere Orthodoxy.  On Tuesday of this week the CESJ core group had a very productive meeting with a number of people from both The American Conservative, that promotes a “Main Street” conservatism that opposes unchecked power in government and business; promotes the flourishing of families and communities through vibrant markets and free people; and embraces realism and restraint in foreign affairs based on America’s vital national interests, and Mere Orthodoxy, a group of committed Christians guided by the way that G.K. Chesterton and C.S. Lewis met the challenges and struggles that England faced in their day, demonstrating how a classically minded, “creedally centered” (i.e., adhering to a specific religious creed) orthodox Christianity can be an attractive and persuasive alternative to the ideologies of their day and ours.  Both groups have an interest in sustainable development centered on the human person instead of an amorphous “humanity,” so there appears to be grounds for a great deal of cooperation and collaboration with CESJ, even though CESJ is interfaith and can endorse no specific religion per se.  Keep an eye on this blog for future developments.
• The Rise of the Machines?  According to an article in today’s Washington Post, “Several Thousand Service Industry Workers Will Strike to Demand Unions” (09/28/18, A-16) “several thousand” employees of fast food companies in seven states are planning on going on strike for the right to join a union.  The effort is being organized by the “Fight for $15” that has popularized the movement to raise the hourly minimum wage to $15.  Now, the Just Third Way supports the right of people to organize for any legitimate purpose.  If the labor movement in the United States had not gotten organized, largely through the efforts of Terrence Powderly (1849-1924) for all his faults, who knows where we’d be today?  But people should organize for the right reasons and have the right goals.  As it is, organizing for higher wages and benefits in the fast food industry is an open invitation to automate.  If they want to unionize, they should form ownership unions and strike for a piece of the capital pie, not increased wages.  This is what labor statesman Walter Reuther advocated before his untimely death. 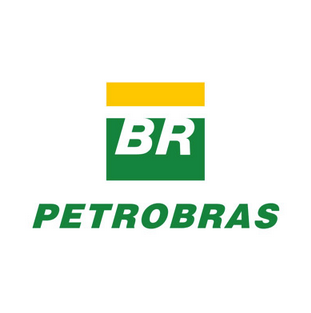 • The Petrobras Scandal.  The Brazilian State-owned oil company, Petróleo Brasileiro, SA (“Petrobras”), has agreed to an $853 million settlement in what is one of the largest corporate scandals ever uncovered.  A cartel of construction companies was overbilling the company and bribing government and corporate officials to look the other way.  As a result of the investigation, it was discovered that the company has lost billions of dollars siphoned into the pockets of the cartel and company and government officials, the value per share has plunged, and a number of prison sentences have been handed out, including the president of Brazil, who is now behind bars, along with a number of company officials.  The whole scandal might have been avoided had the citizens owned the oil company directly, and internal controls were in place to provide transparency. 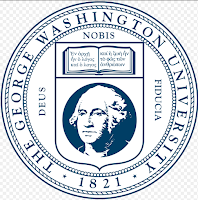 • Outreach to Prime Movers.  A CESJ core group member in Australia has sent material to Dr. Kai Fu-Lee and reached out via email and phone. Dr. Kai advocates that human beings own the robots that are replacing them in the production of goods and services.  He was able to talk briefly with a person at Dr. Kai’s Taiwan office who told me that his correspondence will be delivered to Dr. Kai.  He also sent a letter to the Prime Minister of India, which he copied to two ranking members of the Committee of Banking and Finance in Parliament. He also attached a book for him with a printout of the “green growth” paper from the CESJ website.
• Graduate Student Meeting.  CESJ is scheduled to meet next week with a graduate student working on his master’s degree in sustainable urban development at George Washington University.  He has expressed a great deal of interest in the fact that CESJ’s approach is consistent with Catholic social teaching (as well as the teachings of every other “natural” religion and philosophy).
• New Capital Homesteading Book?  Saint Benedict Press under its TAN Books imprint has expressed interest in developing a book about the compatibility of CESJ’s Capital Homesteading concept and Catholic social teaching.  Tentatively titled Capital Homesteading: Practical Distributism for the Global Economy, the book would focus on the possibility of attaining the Distributive State of G.K. Chesterton and Hilaire Belloc (with a nod to Rod Dreher’s “Benedict Option”) without relying on the currently wealthy surrendering any of their current wealth or reducing current consumption levels in order to save.  We expect to have a more fleshed out proposal completed by the end of next week.  TAN Books is the publisher of Ten Battles Every Catholic Should Know by CESJ’s Director of Research that came out at the beginning of this year.
• Other CESJ Publications.  The revived CESJ newsletter is moving steadily to its first new issue, and contributions will soon be solicited.  CESJ has been promised free space in the Truth Be Told newsletter/ezine as soon as sponsorship details can be worked out between the editor and publisher of Truth Be Told and the Central Bureau of the Catholic Central Verein of America in St. Louis.  The book What Happened to Social Justice is still in editing, and the outline of Retooling the Future is moving on apace.  The editing draft of the Ferree compendium is completed, and it may go into preprint and formatting within the next two weeks.
• Shop online and support CESJ’s work! Did you know that by making your purchases through the Amazon Smile program, Amazon will make a contribution to CESJ? Here’s how: First, go to https://smile.amazon.com/.  Next, sign in to your Amazon account.  (If you don’t have an account with Amazon, you can create one by clicking on the tiny little link below the “Sign in using our secure server” button.)  Once you have signed into your account, you need to select CESJ as your charity — and you have to be careful to do it exactly this way: in the space provided for “Or select your own charitable organization” type “Center for Economic and Social Justice Arlington.”  If you type anything else, you will either get no results or more than you want to sift through.  Once you’ve typed (or copied and pasted) “Center for Economic and Social Justice Arlington” into the space provided, hit “Select” — and you will be taken to the Amazon shopping site, all ready to go.
• Blog Readership.  We have had visitors from 35 different countries and 41 states and provinces in the United States and Canada to this blog over the past week. Most visitors are from the United States, Canada, Kenya, Australia, and the United Kingdom.  The most popular postings this past week in descending order were “Liberalism Strikes Back,” “Thomas Hobbes on Private Property,” “The Newmanites,” “CESJ Looks at Money, Part I,” and “News from the Network, Vol. 11, No. 38.”
Those are the happenings for this week, at least those that we know about.  If you have an accomplishment that you think should be listed, send us a note about it at mgreaney [at] cesj [dot] org, and we’ll see that it gets into the next “issue.”  If you have a short (250-400 word) comment on a specific posting, please enter your comments in the blog — do not send them to us to post for you.  All comments are moderated, so we’ll see it before it goes up.
#30#
Posted by Michael D. Greaney at 3:03 PM