Talk on “the Street” (when it’s capitalized like that it’s Wall Street, because that’s where everything is capitalized . . . right?  Wrong, but we won’t go into that today) is that consumer spending is up, up, up, and that’s a good thing, right?  Yes, it’s a very good thing . . . assuming it’s in response to people being able to meet their needs and reasonable wants out of current income.  When it involves buying luxuries on credit — or, worse, necessities on credit — it’s a very, very bad thing . . . but that’s what’s happening, even though that part of the equation is being ignored or downplayed.  In other news:

• Turkey and Argentina.  Not to sound simplistic, but Turkey, Argentina, and any other country in the world could solve their currency and debt problems (or at least make a good start on them) by shifting the backing of the currency from government debt backed only by the government’s power to tax, to private sector hard assets, such as productive capital and existing inventories.  It’s what central banking was invented to do more than three centuries ago, not monetize government deficits or give politicians a blank check to avoid the tax and appropriations process.  A more sustainable solution, of course, would be to make everyone a capital owner, financed with self-liquidating capital credit using new money backed by the assets themselves, not government debt.
• Politics as Unusual?  Various political races across the United States suggest that the parties-that-be are vying to see who can field the most . . . unusual candidates.  Perhaps this is nothing more than a sign that ordinary people have simply given up on the political process, at least that part of it relating to government, and are leaving it to fringe groups.  (In the Aristotelian sense, of course, human beings are “political animals” because by nature we gather together and live in structured environments of our own conscious creation, the polis, so it is impossible to give up on politics in the broader sense except by chucking it all and living as a hermit or Robinson Crusoe.)  Seemingly forgotten is the theory that politicians are supposed to represent their constituencies.  Running a carnival sideshow might not be fully consistent with that theory.
• The Fall of Crypto Currencies?  Not likely, given how many people are obsessed with the thought of getting control over the money supply out of the hands of central banks and governments, even though the crypto currency phenomenon is going from the frying pan into the fire if sound monetary theory along the lines of the Banking Principle is considered.  Still, people may be catching on to the fact that crypto currencies are even more insecure than those issued by central banks and backed by government debt.  After all, you can hold a government accountable to some degree, but not the issuer of a crypto currency.  As noted in the Wall Street Journal, “Digital Currencies Tumble” (08/15/18, A-1, A-2), “[T]here is still virtually nothing holders of [crypto currencies] can do besides trade it.  They have no practical utility in traditional markets and in daily commerce.”
• Economic Growth Rising.  Or so it stated in the Wall Street Journal of August 16, 2018, page A-5, “Retail and Factories Drive Growth.”  That, of course, is true — consumer demand drives the demand for new capital; if there are no customers for marketable goods and services, there is no reason to produce them; as Adam Smith pointed out nearly two and a half centuries ago, “Consumption is the sole end and purpose of all production.”  The problem, of course, is that the day before the Wall Street Journal had an article noting that consumer debt is higher than it has ever been before, “Household Borrowing Hits High” (08/15/18, A-3).  As the article noted, “Total [consumer] debt is higher than before the financial crisis, when widespread defaults, especially on mortgages, contributed to the longest and deepest recession since the Great Depression.”  Putting two and two together, the so-called economic growth is being fueled by debt, not by production.  It is therefore a bubble and can be expected to burst.  When it does, the resulting “recession” (since the “D-word” is too scary) will be even worse because the underlying problems were not corrected.
• “Walter Reuther, Where Are You?”   In his column “Wage Stagnation Is Everyone’s Problem” (Wall Street Journal, 08/15/18, A-15), William Galston addressed the problem of stagnating wages, but not the problems associated with raising wages, such as greater incentive to replace human beings with machines, higher costs to consumers, and thus lower consumer demand.  Walter Reuther, the late president of the United Auto Workers, had a better solution: turn workers into owners, and have increases in compensation and benefits come out of profits instead of adding to costs.
• “Chinese Growth Engine Sputters.”  Having slipped back into third place after artificially boosting its GDP with gigantic infrastructure projects financed with government debt, China is now urging its banks to lend for even more infrastructure projects and possibly institute some tax cuts and increase government spending to “shore up” their economy in anticipation of a long trade war with the United States.  (Wall Street Journal, 08/15/18, A-18.).  At the same time, Chinese debt seems to be slipping: “Missed Payment Renews Fears Over Chinese Debt” (WSJ, 08/15/18, B-12.)  What China is planning is not a strengthening of its economy, but a serious weakening.  China, Japan, and the U.S. would do better to work on people’s capacity to produce through capital as well as labor and thus bolster consumer demand that really drives economic growth. 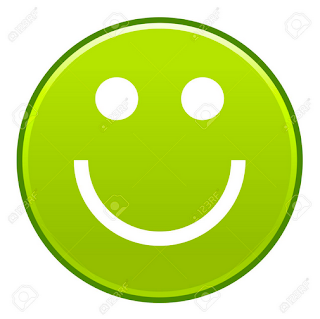 • Shop online and support CESJ’s work! Did you know that by making your purchases through the Amazon Smile program, Amazon will make a contribution to CESJ? Here’s how: First, go to https://smile.amazon.com/.  Next, sign in to your Amazon account.  (If you don’t have an account with Amazon, you can create one by clicking on the tiny little link below the “Sign in using our secure server” button.)  Once you have signed into your account, you need to select CESJ as your charity — and you have to be careful to do it exactly this way: in the space provided for “Or select your own charitable organization” type “Center for Economic and Social Justice Arlington.”  If you type anything else, you will either get no results or more than you want to sift through.  Once you’ve typed (or copied and pasted) “Center for Economic and Social Justice Arlington” into the space provided, hit “Select” — and you will be taken to the Amazon shopping site, all ready to go.
• Blog Readership.  We have had visitors from 31 different countries and 38 states and provinces in the United States and Canada to this blog over the past week. Most visitors are from the United States, France, Peru, Canada, and the United Kingdom.  The most popular postings this past week in descending order were “News from the Network, Vol. 11, No. 32,” “The Economic and Financial Revolution,” “Is Development Bad?” “Just Third Way Podcast No. 29,” “The Rise of Democratic Socialism.”
Those are the happenings for this week, at least those that we know about.  If you have an accomplishment that you think should be listed, send us a note about it at mgreaney [at] cesj [dot] org, and we’ll see that it gets into the next “issue.”  If you have a short (250-400 word) comment on a specific posting, please enter your comments in the blog — do not send them to us to post for you.  All comments are moderated, so we’ll see it before it goes up.
#30#
Posted by Michael D. Greaney at 11:38 AM