A great many things have been happening on the Just Third Way home front, not the least is the discovery of a “missing link” tying together Cardinal Newman, Msgr. R.H. Benson, Msgr. Ronald Knox, G.K. Chesterton, and Abp. Fulton J. Sheen!  We predict that a lot of preconceptions and assumptions are going to bite the dust with a rather loud thump when we complete our research and make it public.  Until then, however, there are other important things happening in the movement:


• Dave Hamill Appointed to CESJ Board of Directors.  During the CESJ monthly board meeting on Monday, July 16, 2018, the CESJ Executive Committee’s appointment of Dave Hamill to the CESJ board of directors was moved and seconded, with the motion passing unanimously.  During the discussion, CESJ Treasurer Dawn Brohawn noted that the board nominated Dave for his many years of contributions and his positive spirit.
• Successful Completion of CESJ Internship.  Last Thursday Sasha M., from the University of Alberta in Edmonton, presented her report on the successful completion of her CESJ internship.  Sasha’s major project was the preparation of a report comparing the various proposals for a Universal Basic Income with the framework of the Austrian school of economics and with the Capital Homesteading proposal of CESJ.  Sasha also cataloged “a huge number” of articles to go up on the website and engaged in the social media.  She plans on continuing with the Twitter feed, and wants to organize a CESJ club at the University of Alberta, possibly starting by organizing a panel discussion on the future of education in the age of the robot.  Dawn Brohawn noted that it was great working with Sasha, it was a pleasant experience.  She might find time to connect with Dan Parker, a CESJ board member in Whitecourt, Alberta, an hour or so from Edmonton. 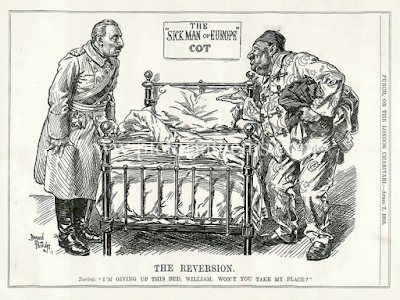 • Capital Homesteading for Germany?  In another article in the Wall Street Journal, “The Sick Man of Europe Risks a Relapse” (WSJ, 07/20/18, A 17), the interesting comment was made that “[i]f German firms could combine that aptitude [for efficient production] with the capital-investment growth of Belgium . . . Germany would lead the world in productivity growth.”  Actually, any country that could free itself from the slavery of past savings and build consumption power into its own citizens would lead the world in productivity growth, as well as just about everything else.  By creating money only for private sector productive projects in a way that turns ordinary people into owners, Germany — or anywhere else — could be “Number One” in very short order.


• Missing Link Found.  The “missing link” — or common denominator — joining together John Henry Newman, Robert Hugh Benson, Ronald Arbuthnott Knox, Gilbert Keith Chesterton, and Fulton John Sheen has been discovered.  There was an individual who interacted with or influenced all five, but who is almost never mentioned by any biographer, historian, devotee, or fan . . . yet this particular individual ties them all together and explains a number of otherwise puzzling things.  It’s rather astonishing that this person has been ignored, yet there are also ties to Charles Kingsley (whose attack on Newman led to his writing his Apologia Pro Vita Sua), the agrarian socialist Henry George, and even George Bernard Shaw.  This discovery casts light on some things that many people today try to cover up or brush aside, especially advocates of socialism of all forms.
• Shop online and support CESJ’s work! Did you know that by making your purchases through the Amazon Smile program, Amazon will make a contribution to CESJ? Here’s how: First, go to https://smile.amazon.com/.  Next, sign in to your Amazon account.  (If you don’t have an account with Amazon, you can create one by clicking on the tiny little link below the “Sign in using our secure server” button.)  Once you have signed into your account, you need to select CESJ as your charity — and you have to be careful to do it exactly this way: in the space provided for “Or select your own charitable organization” type “Center for Economic and Social Justice Arlington.”  If you type anything else, you will either get no results or more than you want to sift through.  Once you’ve typed (or copied and pasted) “Center for Economic and Social Justice Arlington” into the space provided, hit “Select” — and you will be taken to the Amazon shopping site, all ready to go.
• Blog Readership.  We have had visitors from 29 different countries and 36 states and provinces in the United States and Canada to this blog over the past week. Most visitors are from the United States, Philippines, Peru, Canada, and the United Kingdom.  The most popular postings this past week in descending order were, “Book Review: A Field Guide for the Hero’s Journey,” “Religion Without God,” “News from the Network, Vo;. 11, No. 28,” “Liberalism? Which One? European?” and “Charles Kingsley and John Henry Newman, II.”
Those are the happenings for this week, at least those that we know about.  If you have an accomplishment that you think should be listed, send us a note about it at mgreaney [at] cesj [dot] org, and we’ll see that it gets into the next “issue.”  If you have a short (250-400 word) comment on a specific posting, please enter your comments in the blog — do not send them to us to post for you.  All comments are moderated, so we’ll see it before it goes up.
#30#
Posted by Michael D. Greaney at 12:51 PM