With the summer about half over, it is encouraging that there are so many signs that people are starting to wake up to the potential of the Just Third Way.  There are only a few news items this week, but they are of “high quality.”  Of course, all of our news items are always of “high quality,” but these add a bit of significance to people outside the movement as well: 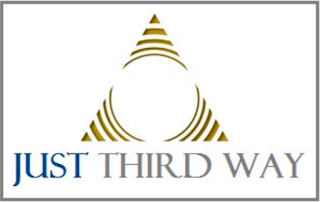 • CESJ Internship.  Sasha M., a student from the University of Alberta in Edmonton, Alberta (Canada), has completed her work for the CESJ Spring 2018 internship.  Sasha, a political science major, chose as her main project a comparison of the various Universal Basic Income schemes, the position of the Austrian School of economics, and CESJ’s Just Third Way Capital Homesteading proposal.  During the course of her internship, Sasha made a number of insightful comments regarding the Canadian social welfare system and some of the flaws that result from shifting the primary responsibility for individual welfare from the human person to the State.  The overall conclusion was that while such things as making the State directly responsible for every individual’s material, mental, and spiritual wellbeing may be well-intentioned, it ends up as an egregious misuse of the specialized tool of the State, and almost inevitably ends up instituting and maintaining the very conditions it seeks to ameliorate.
• Fulton Sheen Surprises.  A while back CESJ published the Just Third Way Edition of Fulton J. Sheen’s “long lost” classic from 1940, Freedom Under God.  A few — very few — commentators tried to make the case that CESJ’s understanding of Sheen’s position on, say, private property in capital is completely wrong, and that Sheen (despite a large number of clear and unequivocal statements to the contrary) was actually in favor of “democratic” or “religious” socialism, i.e., a variety of socialism allegedly consistent with Catholic social teaching and the precepts of the natural law.  It turns out that there is a large body of evidence completely refuting this view, something we discovered completely by chance while doing some research into the career of John Henry Cardinal Newman.  It turns out that Monsignor Ronald Knox, who was one of Sheen’s teachers and who introduced him to G.K. Chesterton (to such good effect that Sheen became known in some circles as “the American Chesterton”) greatly admired the work of one William Hurrell Mallock, of which Newman also approved.  Mallock, who wrote a book titled Property and Progress in 1884 to refute the theories of the agrarian socialist Henry George as presented in George’s popular book, Progress and Poverty (1879), also wrote a book refuting positivism, “the religion of humanity” (which is consistent with the subject of Sheen’s first two books and his doctoral thesis), which Mallock titled, Is Life Worth Living? (1881). Fulton Sheen was sufficiently impressed with Mallock’s work that in 1954 he wrote his own book on the same theme, Life Is Worth Living, and also used it for his television show that ran from 1952 to 1957.  George Bernard Shaw loathed Mallock, insisting that Mallock was stupid for not being a socialist and for daring to say things about socialism that the socialists could not refute, even writing a book about it in 1909, Socialism and Superior Brains: A Reply to Mr. Mallock.  From a Just Third Way point of view, Mallock’s economics are grossly inadequate, but since the socialists were operating within the same general framework, it evidently did the trick.
• Shop online and support CESJ’s work! Did you know that by making your purchases through the Amazon Smile program, Amazon will make a contribution to CESJ? Here’s how: First, go to https://smile.amazon.com/.  Next, sign in to your Amazon account.  (If you don’t have an account with Amazon, you can create one by clicking on the tiny little link below the “Sign in using our secure server” button.)  Once you have signed into your account, you need to select CESJ as your charity — and you have to be careful to do it exactly this way: in the space provided for “Or select your own charitable organization” type “Center for Economic and Social Justice Arlington.”  If you type anything else, you will either get no results or more than you want to sift through.  Once you’ve typed (or copied and pasted) “Center for Economic and Social Justice Arlington” into the space provided, hit “Select” — and you will be taken to the Amazon shopping site, all ready to go.
• Blog Readership.  We have had visitors from 31 different countries and 38 states and provinces in the United States and Canada to this blog over the past week. Most visitors are from the United States, France, Canada, Peru, and the United Kingdom.  The most popular postings this past week in descending order were, “A New, Anti-Human Role for the State,” “Charles Kingsley and John Henry Newman, I,” “News from the Network, Vol. 11, No. 27,” “John Henry Newman and Charles Kingsley,” and “Book Review: A Field Guide for the Hero’s Journey.”
Those are the happenings for this week, at least those that we know about.  If you have an accomplishment that you think should be listed, send us a note about it at mgreaney [at] cesj [dot] org, and we’ll see that it gets into the next “issue.”  If you have a short (250-400 word) comment on a specific posting, please enter your comments in the blog — do not send them to us to post for you.  All comments are moderated, so we’ll see it before it goes up.
#30#
Posted by Michael D. Greaney at 11:27 AM