An objective and stable standard for a currency is absolutely essential to maintaining a just market economy.  All the arguments for allowing the government — or anyone else, for that matter — to manipulate the value of a currency or have a “floating standard” are ways to try and ensure the dependency of one group on another group, that is, to enslave some people for the advantage of other people through the money system.


That’s the “why.” To answer the question how money manipulation does this (as opposed to how to manipulate money) is relatively easy to answer.  What to do about is, in a sense, even easier. 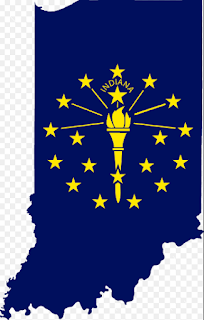 How does manipulating money control people?  By putting them into a condition of uncertainty.  Suppose you earn a dollar a day, six days a week — the standard wage for decades in the nineteenth century; it’s even in some songs, e.g., “A dollar a day/Is a Hoosier’s pay.”
That’s $6.00 per week.  Out of that you pay room and board ($3.00 per week), transportation (70¢ per week at most), incidentals (50¢ per week), tobacco and alcohol ($1/week; expensive habits), and put aside 75¢ or so each week, about $40 per year to cover clothing, healthcare, and a holiday if you’re foolish enough to spend what you need to get married or for retirement.  Don’t smoke or drink and you can raise that to almost $100 per year, a third or so of a year’s pay.
Work hard for forty years, save your money, don’t have any emergencies, get a well-earned raise now and then, and you can retire at age 65 with nearly $6,000, almost 20 years’ pay, assuming a 2% interest rate.  If you married and had children, they will support you in your retirement, since you spent that money raising them . . . and you’re not going to live much longer, anyway.
Suppose, however, that the government decided to inflate the currency, abolishing an objective value for the currency.  One thing happens immediately: you’re suddenly paying more for everything.  Your money is worth less than it was before, and you’re saving less for retirement.  Pretty soon you’re not saving anything, and then you’re dipping into your savings. 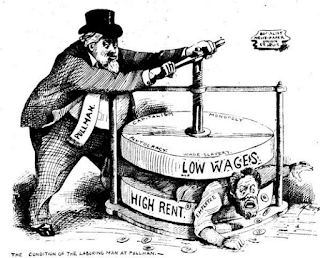 Suppose, however, that your pay keeps up with inflation, or at least doesn’t lag too far behind.  You still manage to save the same amount and end up with the same $6,000 . . . but that $6,000 is no longer nearly 20 years’ pay, it’s closer to ten or even five years’ pay.  Yes, when you earned it, it was 20 years’ pay, but when you come to spend it, it has lost most of its value.
Where did the value go?  To the government via the “hidden tax” of inflation.  When a non-producer creates money, it makes the money of producers worth less.  When a private individual does this, it’s called counterfeiting.  When a government does it, it’s called “Modern Monetary Theory.”
How do you prevent this from happening?  By proper use of the commercial banking system backed up with a central bank.
We’ll explain, but first let’s examine a popular banking myth, that central banks were invented as a way to finance government.  No, central banking was invented as a way to ensure that there would always be “sufficient accommodation” in the economy to carry out business.  That is all.
Other things are necessarily implied by the central bank’s function, such as ensuring a money supply that expands and contracts with the needs of the economy, stability of value, and all units of currency having the same, uniform value.  Sound banking also necessarily implies that all the money accepted, loaned, or issued by the bank stands for real assets — the so-called “real bills doctrine.”  It’s also good if the currency can be converted on demand into whatever thing is used as the standard of value. 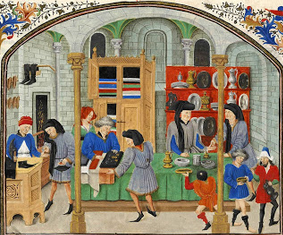 Commercial banks were invented for just this purpose.  To explain, there are three basic types of banks.  These are,
·      Banks of Deposit.  This is what most people think of as a bank.  A bank of deposit takes deposits and makes loans.
·      Banks of Issue or Circulation.  A bank of issue (“circulation” is an older term that describes the function of what a bank of issue does) takes deposits, makes loans, and issues promissory notes.  These promissory notes are backed by an asset and are used in turn to back banknotes or demand deposits.  Technically, a bank of issue only issues money by changing one form of money into another, more usable form, it does not actually create money.
·      Banks of Discount.  A bank of discount — as the name says — “discounts” or accepts bills of exchange (a contract to deliver wealth in the future that the issuer of the bill does not yet own), either buying them outright or using them as collateral for a loan.
These definitions can get a little confusing these days because so far as we know there are no more “pure” banks of issue or of discount anywhere in the world.  What we have are “commercial” or “mercantile” banks that combine the functions of banks of issue and banks of discount. 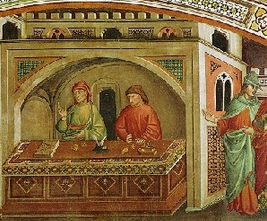 This is because a pure bank of issue can only accept existing money (“mortgages” that stand for existing wealth owned by the issuer of the note) for deposit; it cannot discount bills of exchange, which are not money until they are accepted or discounted because a bill of exchange does not stand for existing wealth owned by the issuer; a bill is only accepted (or, more correctly, should only be accepted) when the issuer is “creditworthy.”  A mortgage stands for existing assets that someone who accepts it can seize to satisfy the debt, while a bill of exchange stands for assets that the issuer expects to have when the bill comes due . . . which is why bankers demand collateral, i.e., assets they can seize if an issuer does not or cannot satisfy a debt.  But that’s something for another discussion.
By combining banks of issue and banks of discount, commercial and mercantile banks can create money.  The idea, of course, is that a commercial bank will create money only for commerce and industry, never for consumption.  Lending for consumption is the job of a bank of deposit.
Unfortunately, creating money for consumption is so incredibly profitable (another word for it is “usury”) that commercial banks have almost without exception gotten into it.  Combined with unproductive government money creation — all of which is pure inflation — and you have the potential for an unbelievable financial firestorm if anything shakes people’s confidence in either government or their fellow citizens.  That, too, is a topic for another day, however. 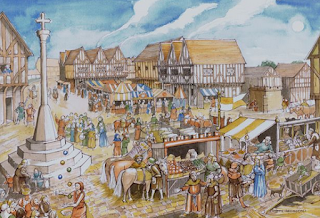 What we’re interested in today is the proper role of a commercial bank, which is to ensure that there is always enough liquidity — money and credit — in the system to keep the economy running.  It does this by providing the means by which people can carry out exchanges.
To explain, absent charity or theft, there is only way to consume something, and that is to have produced something.  Either you produce everything you want to consume yourself, or you produce enough of something to trade to others for what those others have produced that you want to consume.  In this way, everything else being equal, production equals consumption, supply equals demand, and the economy is in balance.
The problem is that if there is no recognized standard of value in an economy, every time people meet to carry out a trade they have to start all over from the beginning and work out the bargain from scratch.  Pretty soon people get tired of this, and agree on a standard of value, whether a cow, a lump of precious metal, or something else that is useful and has a generally recognized value.
They get together and agree that they will measure all value in terms of that standard.  For example, if cattle are the standard, everything is measured in terms of the value of a cow.  No one actually has to have a cow to carry out a trade, it’s just that whatever is traded is measured in terms of how many cattle it is worth.
What a commercial bank does — or is supposed to do — is take deposits or accept assets valued in terms of the standard.  It then issues promissory notes called banknotes that are backed by the accepted assets and denominated in terms of the standard that people can carry around to facilitate trade.  This is more convenient and safer than people having to carry around the original assets they offer in trade or issuing their own notes on their own creditworthiness.  For this the bank charges a fee.
In a perfect world in which everything operated as expected, nothing more would be needed, but the world is not perfect, and that requires additional safeguards that we will address in the next posting in this series.
#30#
Posted by Michael D. Greaney at 6:15 AM