As we saw in the previous posting in this series, the invention of “currency” — “current money” of a recognized and standard value in an economy — was a great boon to progress.  The idea that money, defined as “all things transferred in commerce,” could have a standard unit of measure meant that people could make plans for the future more easily and with more confidence that a project would have the anticipated results. 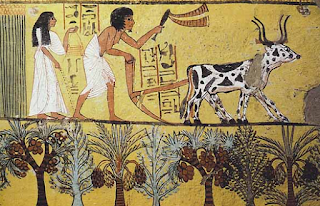