Just when you think things might be slowing down for the summer, more than the weather starts heating up.  A number of events are going on throughout the world that should help focus attention on the need for implementing the Just Third Way as soon as possible:

• ESOP Association Conference.  This is the week of the annual ESOP Association Conference.  CESJ’s Director of Research attended and was impressed with the level of expertise and interest in innovative approaches to worker and even general citizen ownership being expressed.  A number of initiatives may be close to bearing fruit, notable the “pre-approved plan” program.  The expense of implementing and maintaining an ESOP has become prohibitive for many companies that would otherwise find the technology beneficial.  As matters stand today, however, all ESOPs are custom designed; as one legal expert at the conference quipped, you’ve seen one ESOP, you’ve seen one ESOP, meaning there is no way to generalize.  Assuming the program is implemented as it has been discussed, the pre-approved plan program would permit streamlined issuance of a “determination letter” in one of two instances: 1) if a plan document is adopted with no modifications whatsoever, or 2) only minor, pre-determined modifications.  This would shorten the approval process from months and years to hours and reduce the cost from tens of thousands of dollars to a few hundred, as approval would basically be a “rubberstamp.”

• Just Third Way Team Members.  The CESJ and EEI core groups had a series of meetings this week with Marc T. and Bimi D., both of whom have expressed great interest in the Just Third Way approach to economic and social development.  Marc comes out of Academia, while Bimi is a veteran of the world of business, having done some innovative ESOPs.  Both Marc and Bimi see a great deal of potential in applications CESJ and EEI have worked out even within the current legal framework.
• Planning for Retirement.  According to former Senator from New Hampshire John Sununu, worker owners who own a portion of their company through an ESOP are statistically more likely to have a second retirement vehicle to which they contribute, such as a 401(k) or an IRA (possibly both!) than non-worker owners are to have even a retirement plan at all.  Evidently having an ESOP gets ordinary workers thinking about taking responsibility for their own lives, which means making adequate plans for the future instead of assuming that government will take care of everything with Social Security and other entitlements. 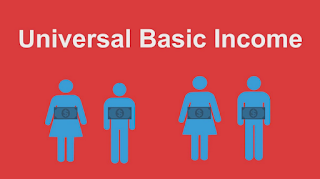 • End of the UBI Experiment?  Finland, which rocked the financial world with news of their experiment with the Universal Basic Income, is terminating the program.  Apparently, instead of easing people’s fears of insufficient income due to inability to find a paying job, the effect was to discourage people from seeking any kind of employment at all for fear of losing income for which they don’t have to work.  Instead of providing a stress-easing sense of security, it actually created more stress by motivating people to actively avoid finding work.  Tension levels increased every time recipients thought they were in danger of being offered a job.

• Mis-defining Social Justice Causes Problems.  When social justice is defined as being a replacement for individual justice and charity instead of a way to make individual justice and charity operable again, it has a tendency to cause more harm than the underlying problem, according to a report from the Foundation for Economic Education.  Construed as a collectivist concept instead of a way to empower individuals, social justice — like the Universal Basic Income — undermines the very system it claims to be protecting. 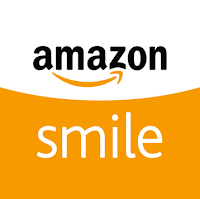 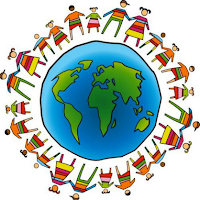 • Blog Readership.  We have had visitors from 35 different countries and 40 states and provinces in the United States and Canada to this blog over the past week. Most visitors are from the United States, Peru, the United Kingdom, India, and Canada.  The most popular postings this past week in descending order were, “16. The Slavery of Savings,” “17. The Formation of Capital,” “15. A Completed Theory of Personalism,” “News from the Network, Vol. 11, No. 20,” and “The Just Third Way Hour Podcast.”
Those are the happenings for this week, at least those that we know about.  If you have an accomplishment that you think should be listed, send us a note about it at mgreaney [at] cesj [dot] org, and we’ll see that it gets into the next “issue.”  If you have a short (250-400 word) comment on a specific posting, please enter your comments in the blog — do not send them to us to post for you.  All comments are moderated, so we’ll see it before it goes up.
#30#
Posted by Michael D. Greaney at 6:00 AM